Carapace ( Fig. 2 View FIGURE 2 A) as broad as long, one pair each of mid-lateral and dorsal setae; rostrum rounded.

Pereopod 5 ( Figs. 5 View FIGURE 5 A, B). Similar to pereopod 4. Carpus with five spiniform setae on inner surface. Propodus without pectinate seta on the outer surface.

Male. Similar to female but with the following differences:

Antennule ( Fig. 6 View FIGURE 6 A). First four articles of main flagellum each with cluster of aesthetascs.

The cheliped is illustrated ( Figs. 6 View FIGURE 6 C, D) in order to show that it is nearly identical to the female cheliped.

Manca. Exopodites on the last two pairs of pereopods present.

Remarks. Mesokalliapseudes quadriflagellata   n. sp. can be distinguished from its congeners by the following combination of characteristics: 1) fixed finger of propodus more than two-thirds the length of the dactylus, and 2) inner flagellum of antennule with four articles. The only other congener that has the fixed finger of the propodus more than two-thirds the length of the dactylus is M. crassus ( Menzies, 1953)   , but this species has a pointed rostrum, a more robust first peduncular article of the antennule, the antenna being more setose and with a distinct spinulate process on the third peduncular article, and the pereopod 6 being more setose and spinose. Mesokalliapseudes quadriflagellata   also appears to be closely related to M. soniadawnae Bamber, 1993   , but can be distinguished by lacking anterolateral apophyses on the pereonites and by having a serrate spiniform seta on the first pereopod basis not as robust as that of M. soniadawnae   . Mesokalliapseudes quadriflagellata   is unique in having the inner flagellum of the antennule with four articles (all other congeners have three articles).

The nature of the chelae (i.e. ratio of fixed finger/dactylus length; spination on cutting edges) appears to be one of the most important characters for differentiating species of Mesokalliapseudes   . Figure 7 View FIGURE 7 shows the chelae in all seven nominal species. Based on the morphology of the chelae, a potential quadriflagellata   / crassus ( Menzies, 1953)   and bahamensis Sieg, 1982   / viridis ( Menzies, 1953)   relationship is supported which would make these two species-pairs trans-isthmian geminates. This can only be tested with a robust molecular phylogeny because a recent morphology-based cladistic analysis (Drumm, 2010) could not resolve the relationships within this genus. It has been shown that morphological similarities may hinder the accurate identification of trans-isthmian geminate species pairs ( Lessios, 1998; Craig et al., 2004).

The distribution of this genus occurs exclusively in the New World (western Atlantic/northeastern Pacific) ( Fig. 8 View FIGURE 8 ), and it would be interesting to investigate the role, if any, of the rise of the Isthmus of Panama over 16 - 3 million years ago ( Coates and Obando, 1996) in the speciation of this group. The Isthmus of Panama separated the Pacific and Atlantic Ocean basins and created a barrier to gene-flow between marine organisms on either side, causing a large number of closely related species (geminate species pairs) to occur along the Atlantic and Pacific coasts. It is peculiar that no species have been discovered off the west coast of South America. This might be due to low sampling effort. It is expected that new species are yet to be discovered in the eastern Pacific. 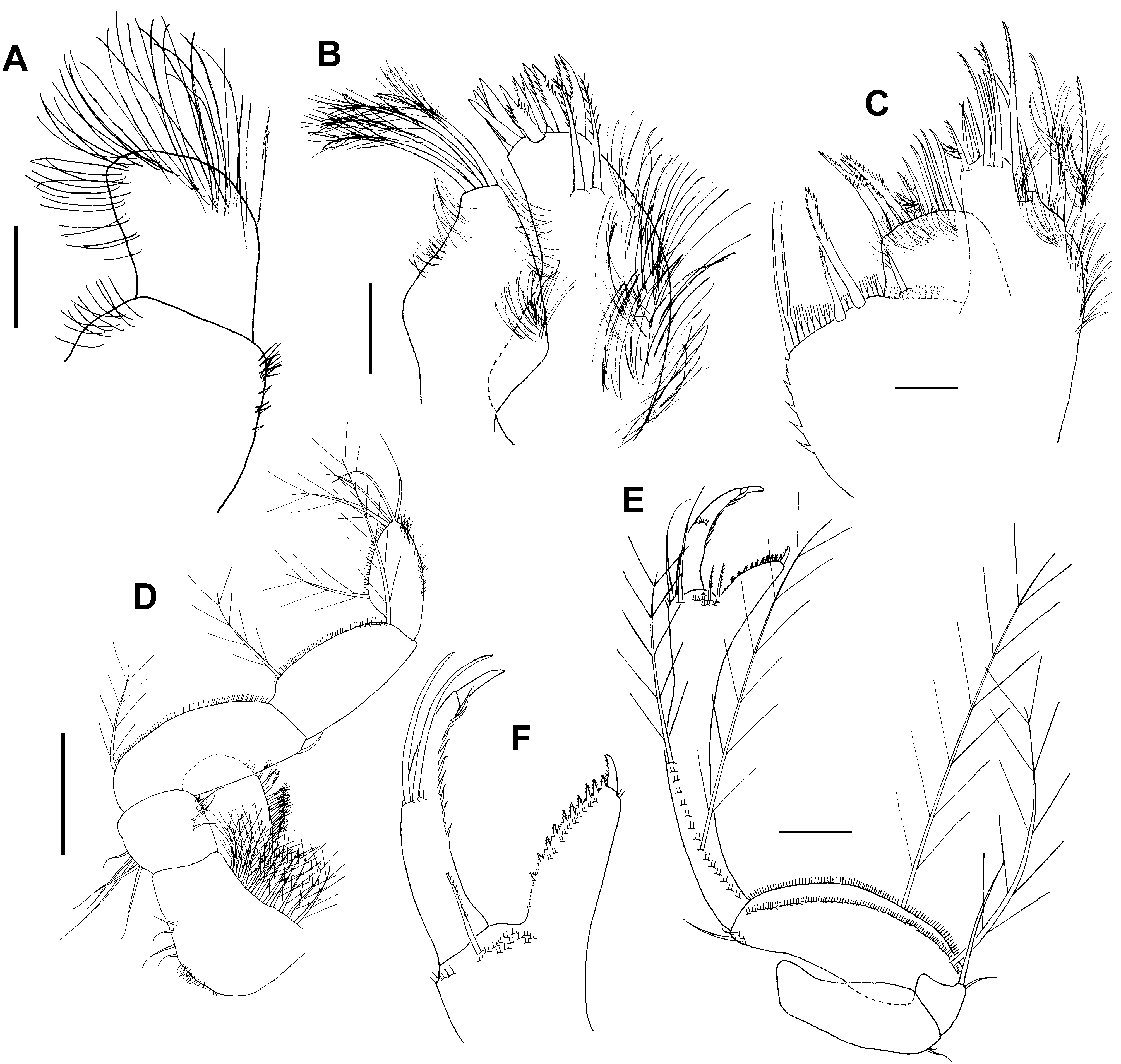 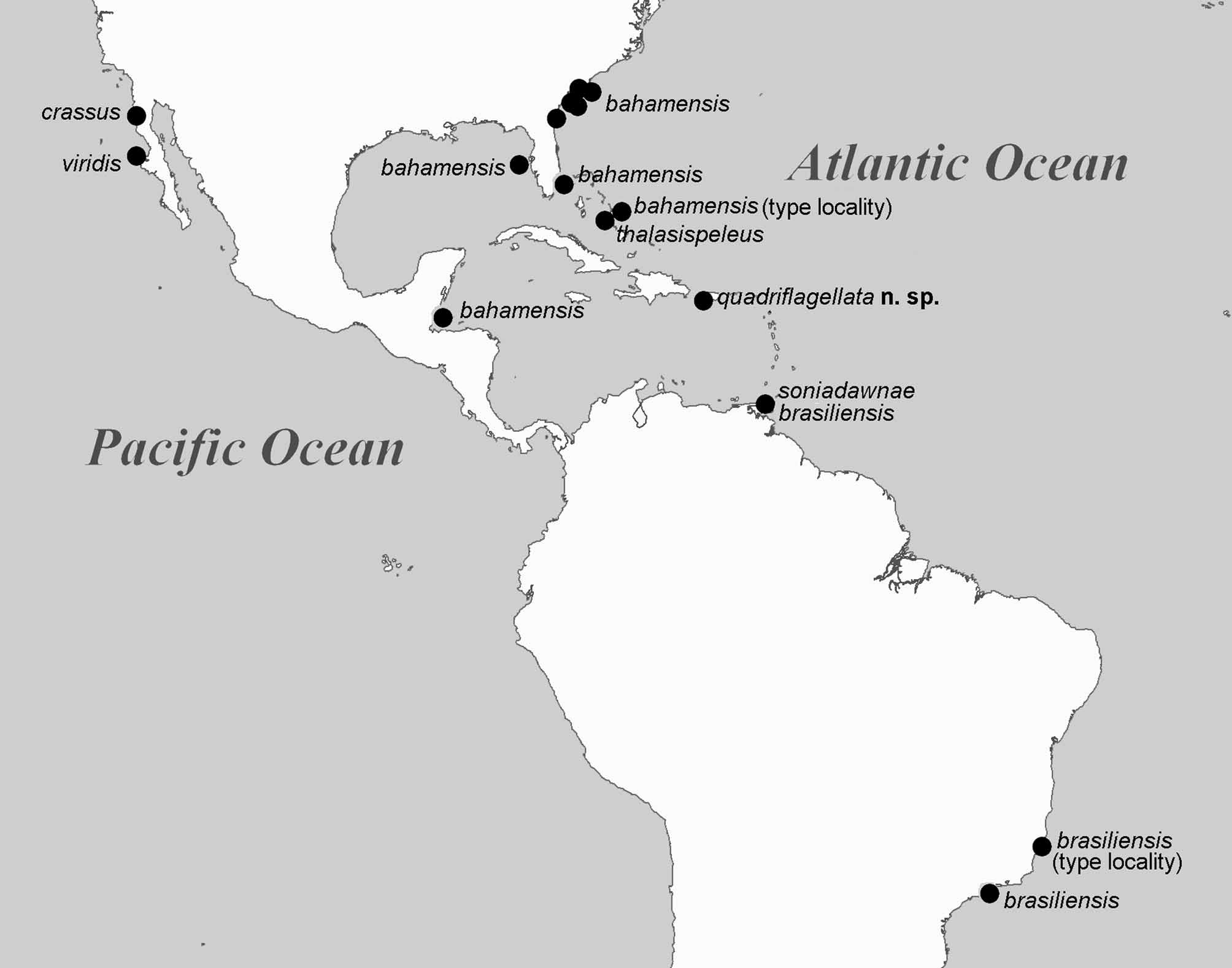 FIGURE 8. Distribution map of species belonging to the genus Mesokalliapseudes.