The large bright yellow corolla is 2 lobed with the adaxial and abaxial lips both consistently 2-lobed, with irregular dark reddish-brown spots on the interior surfaces of the corolla lobes and 2 fertile stamens in posterior position distinguishes Oreocharis tetrapterus  from all other species of Oreocharis  s. l.

Flowering in August; fruiting in October.

The specific epithet, ' tetrapterus  ' from the Greek meaning having four wings or wing-like appendages. Here it refers to the four ‘wing-like’ lobes of the corolla, with adaxial and abaxial lips both having 2 lobes.,

The Chinese name of this new species is 姑婆山马铃苣苔. The pronunciation of the Chinese of this species is 'Gū Pó Shān Mǎ Líng Jù Tái’.

Oreocharis tetrapterus  is currently known only from one population of ca. 50 individuals at the type locality. The species may be endangered, but more data is needed to evaluate this reliably. The species grows on moist surfaces, on moss-covered granite rocks with other plants under subtropical bamboo and evergreen broad-leaved forest cover in Hezhou City, Guangxi.

We understand most other Gesneriaceae  with two stamens have them in the anterior position, but this special character, two stamens in the posterior position, has also evolved outside the Oerocharis  s. l. in the South American Sarmienta  Ruiz & Pavon ( Ruiz and Pavon 1794) and the Asian/African Epithema  Blume ( Blume 1826, Bransgrove and Middleton 2015). Oreocharis tetrapterus  is morphologically unique within Oreocharis  s. l. and can be easily distinguished from the other species with four lobes by its zygomorphic corolla, whereas the others are actinomorphic, for example O. sinensis  and O. esquirolii  ( O. esquirolii  also has 5-lobed corolla type, occasionally) ( Fig. 4View Figure 4). 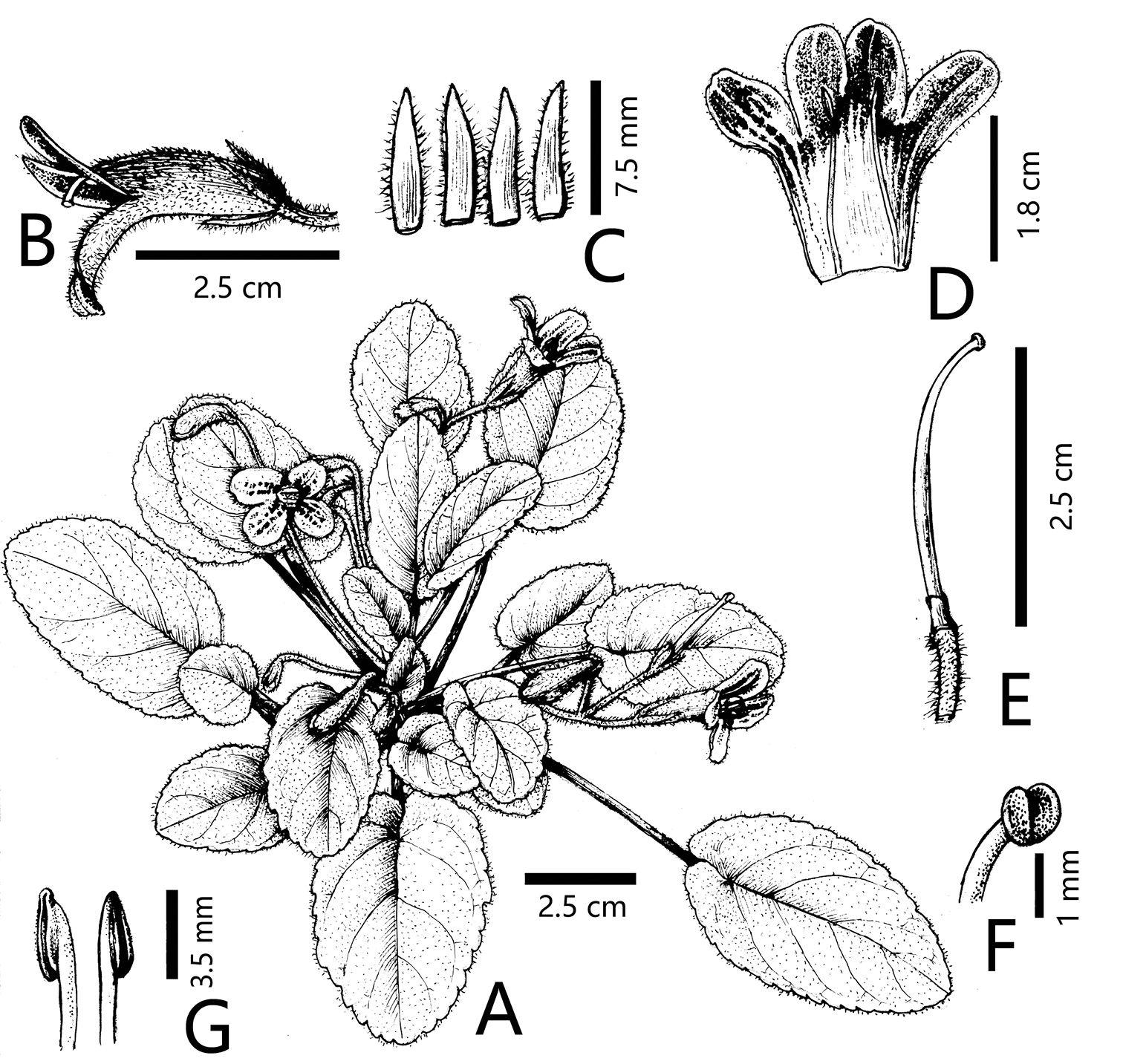 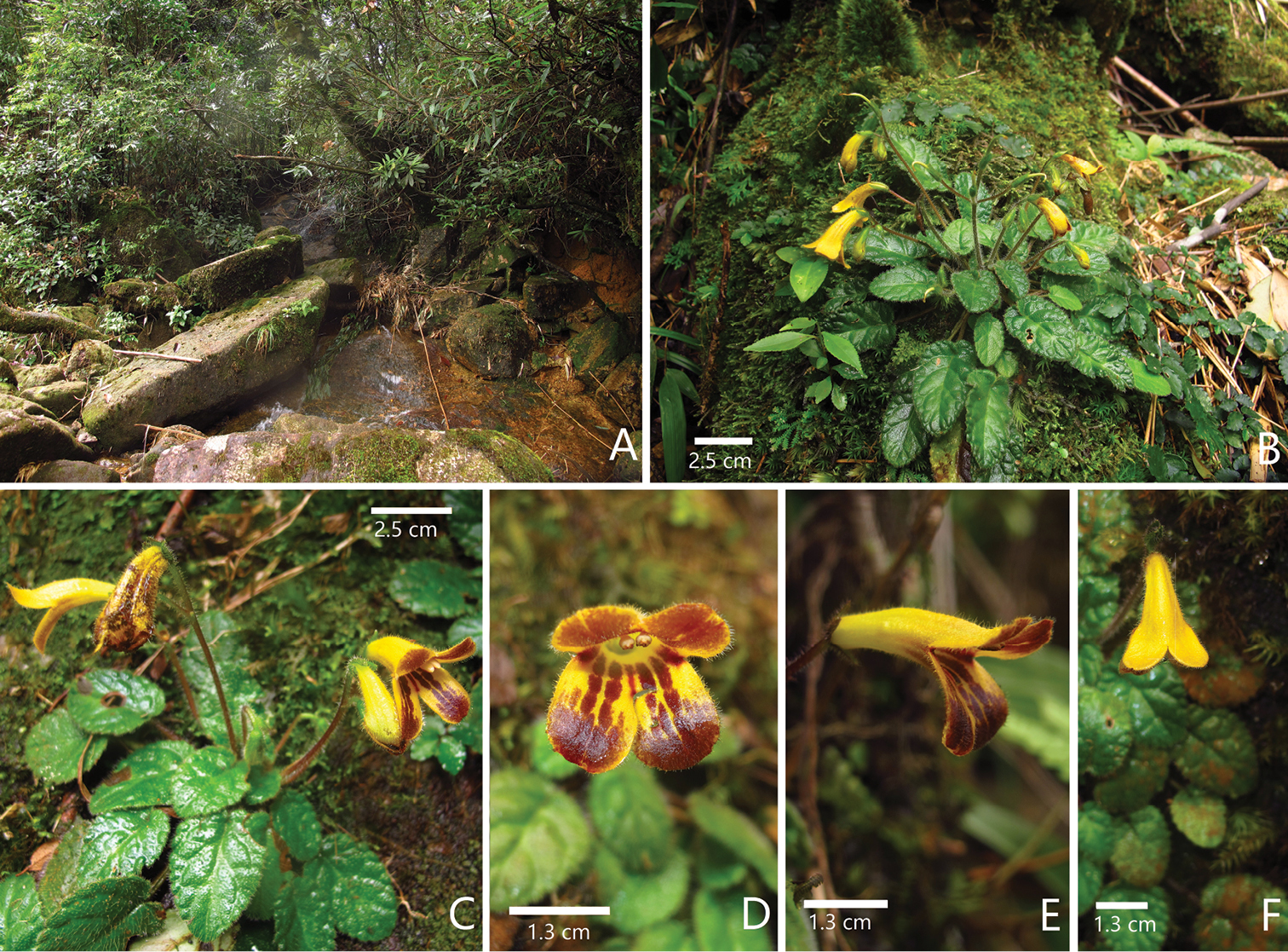 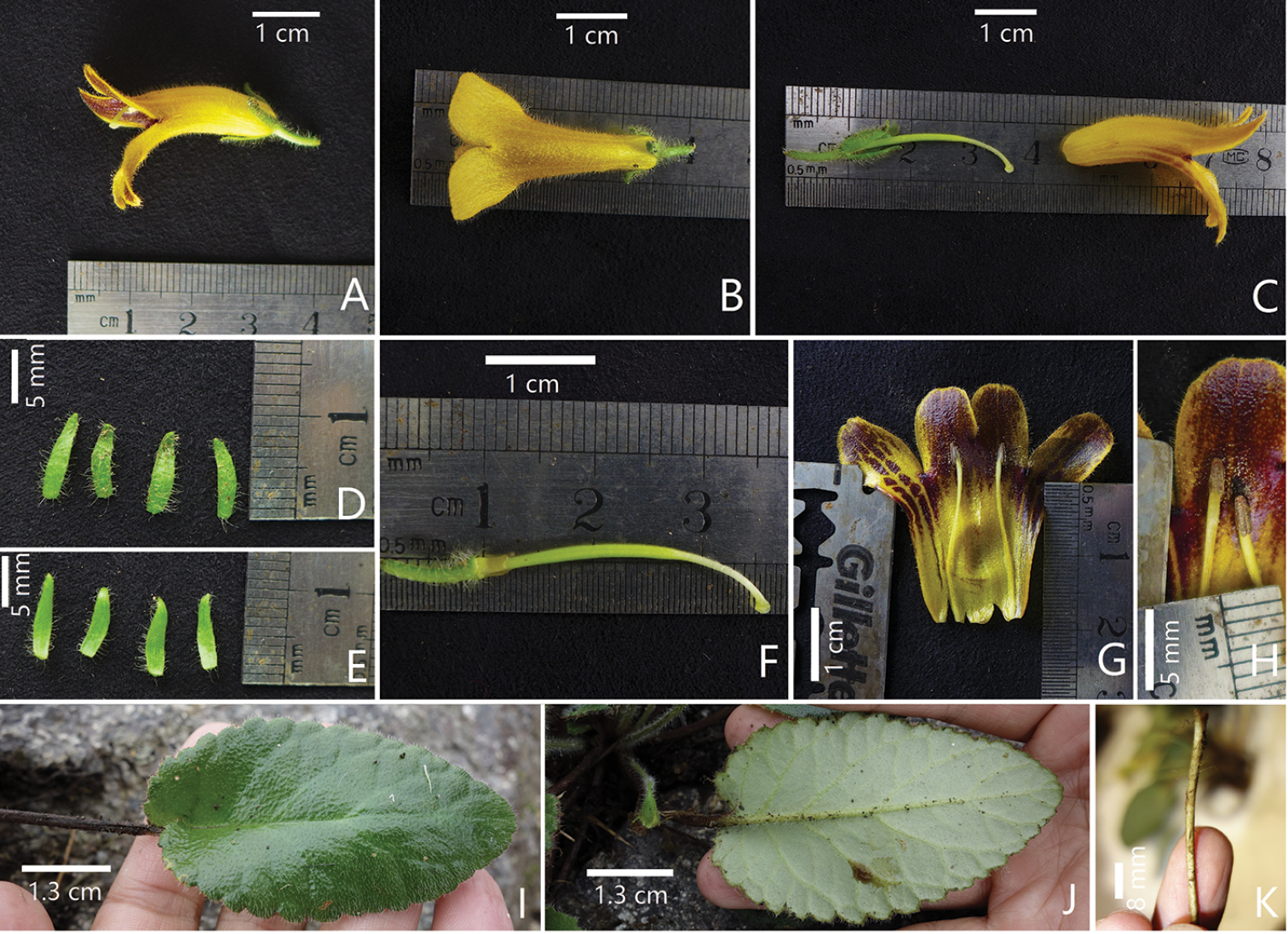