Description. Total length of adult specimens 5.85–10.90 mm; mean of total length for distinct species ranges between 7.56 and 9.38 mm. Females are somewhat larger than males. Larvae and pupae are unknown.

Female genitalia. Spermatheca with barrel- or pear-shaped nodulus ( Fig. 8View FIGURES 7 – 9), which leads to a curved and strongly angled cornu. This configuration is very similar for all species.

The median lobe of Pimentelia  shows rather similar characteristics like the median lobe in Neobarombiella, specifically in the apical section ( Figs 13View FIGURES 12 – 14). It is usually slender, parallel-sided, and tube-like with a more or less deep apical incision. Median lobes with apical incisions occur also in all species of Bonesioides  and in Barombiella violacea (Jacoby, 1894)  . Species of the first genus have basally parallel-sided, short and broad median lobes with narrowed and conical apex. The endophallic armature comprises distinct spiculae (cf. Freund & Wagner 2003, Wagner & Freund 2003). The endophallus in Pimentelia  is small and without distinct spiculae. This characteristic is very different from all species of Monolepta  , Candezea  , Afrocrania  and Afrocandezea  , which all have median lobes with no apical incision and large, characteristic and group specific, endophallic spiculae.

In summary, Galerucinae  from Continental Africa with short second and third antennomere where the second antennomere is nearly two-thirds as long as the third or nearly equally long, a strongly trapezoidal pronotum without dorsal depressions, broad and convex elytron without rounded convexities and with significant elytral punctuation, closed procoxal cavities, moderately elongate basi-metatarsi, and a slender, parallel-sided, tube-like median lobe with a more or less deep apical incision and endophallus without small delicate spiculae, belong to Pimentelia

Distribution. Pimentelia maculata  is distributed in South Africa and Zimbabwe. The distribution of P. kuanduensis  seems to be restricted to Angola, but this could be because there are only three specimens available ( Fig. 11View FIGURE 11). 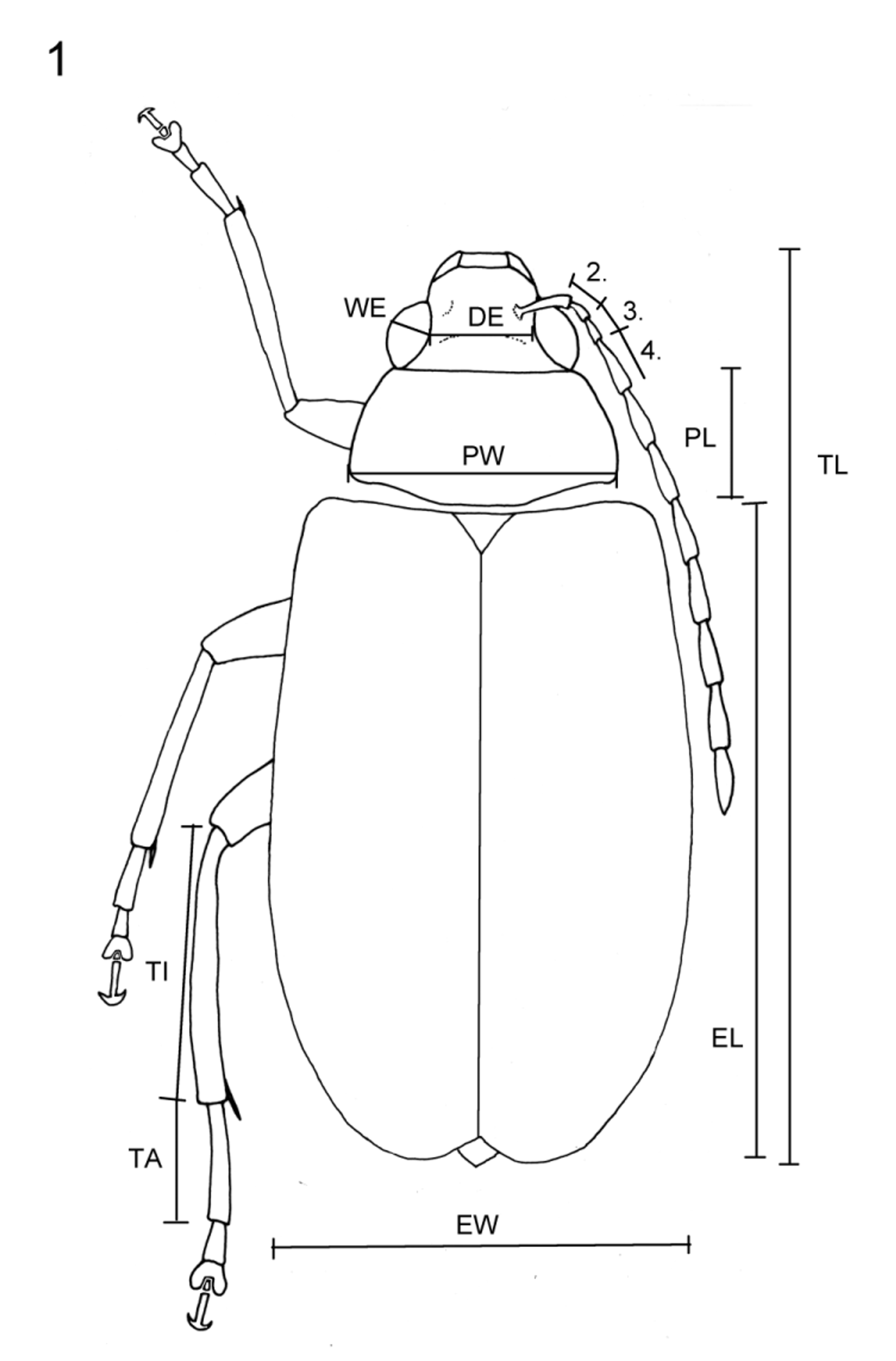 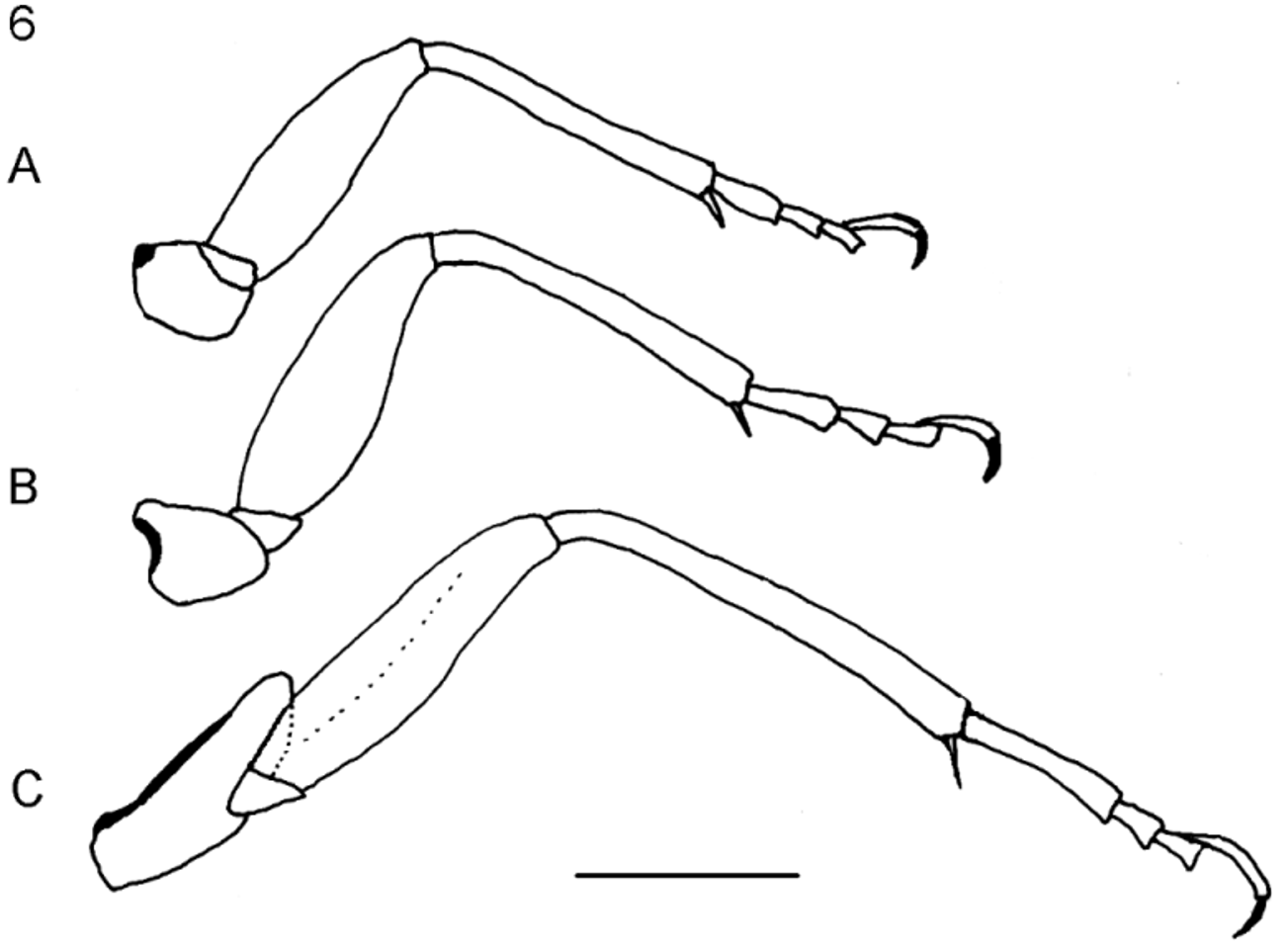 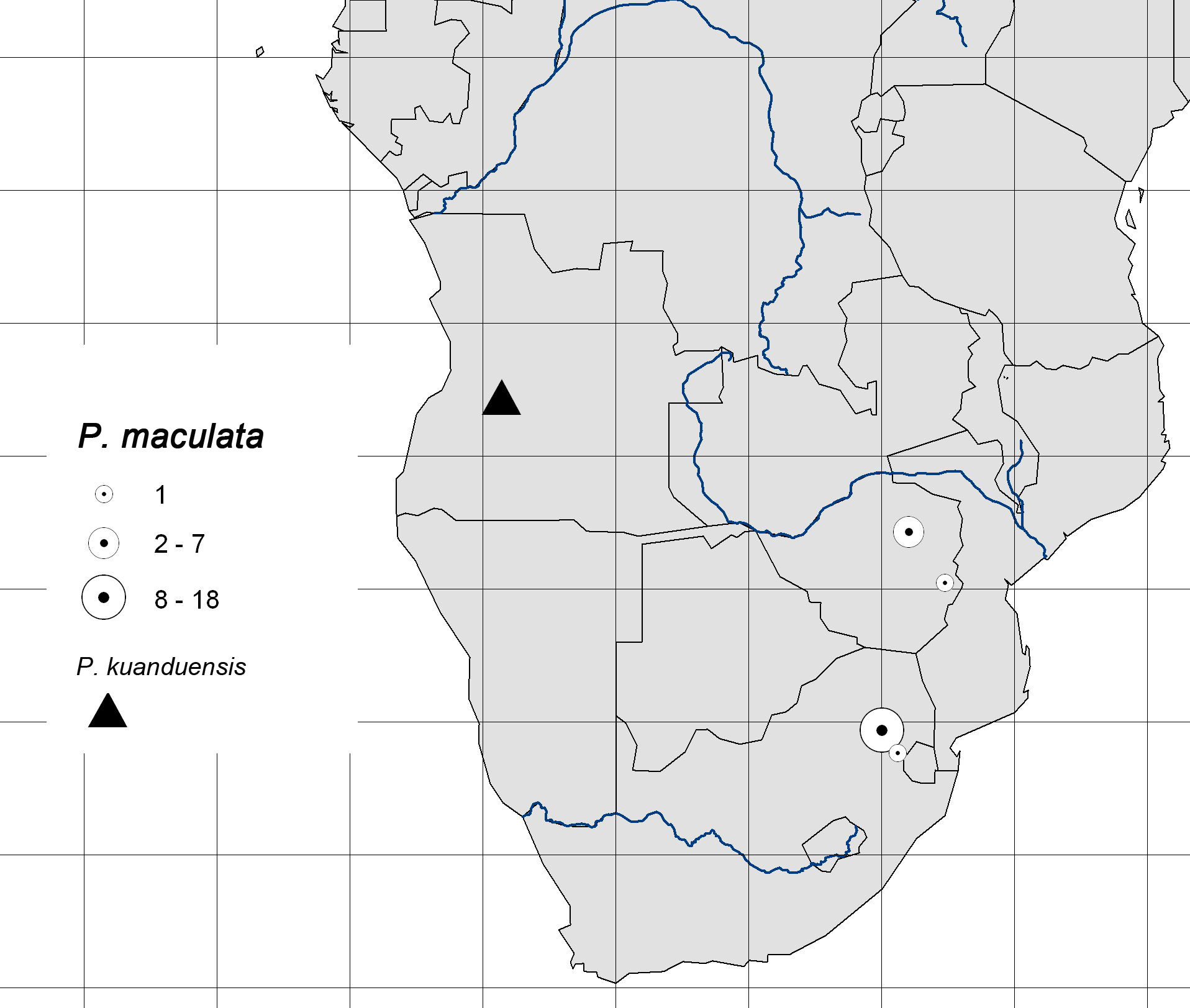 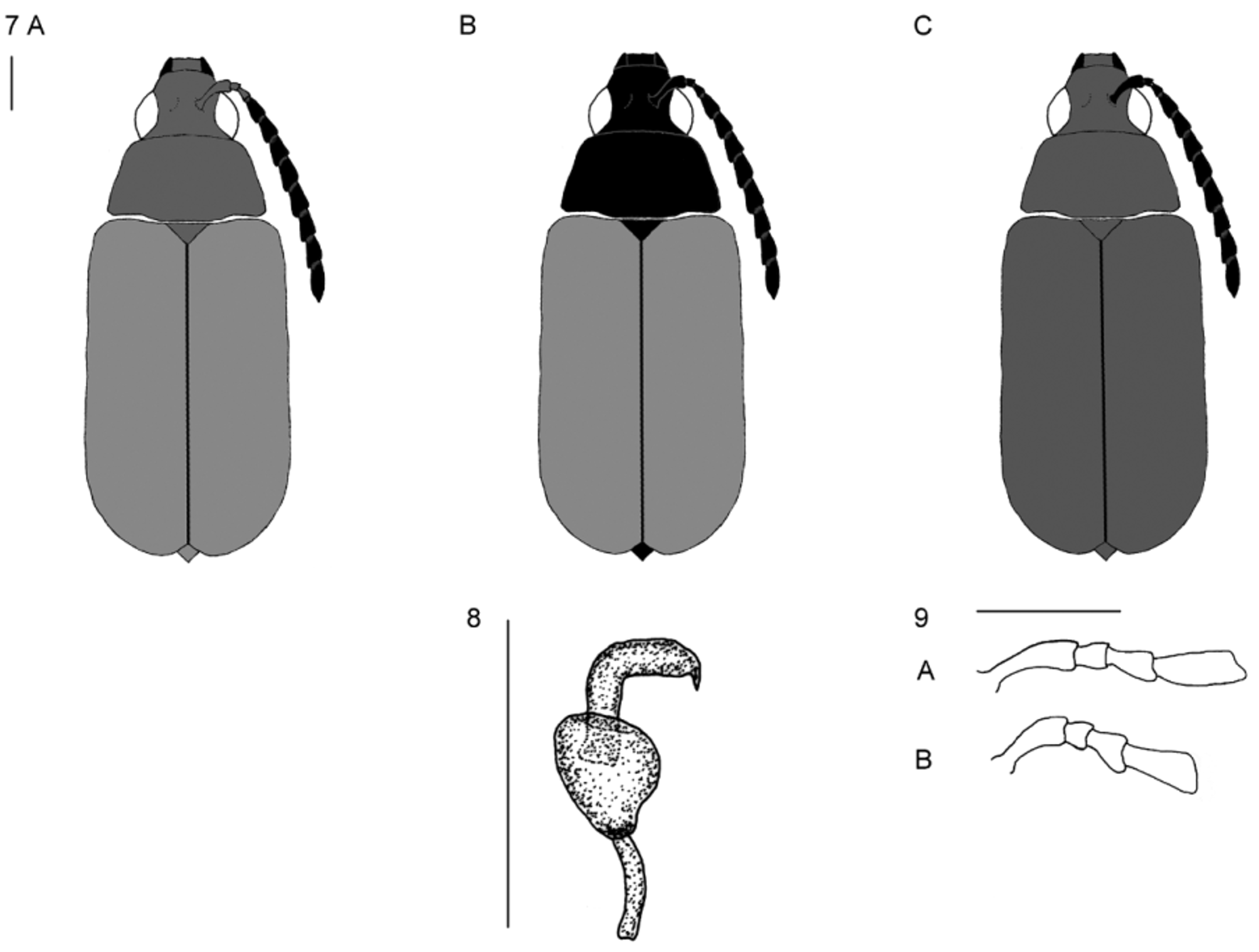 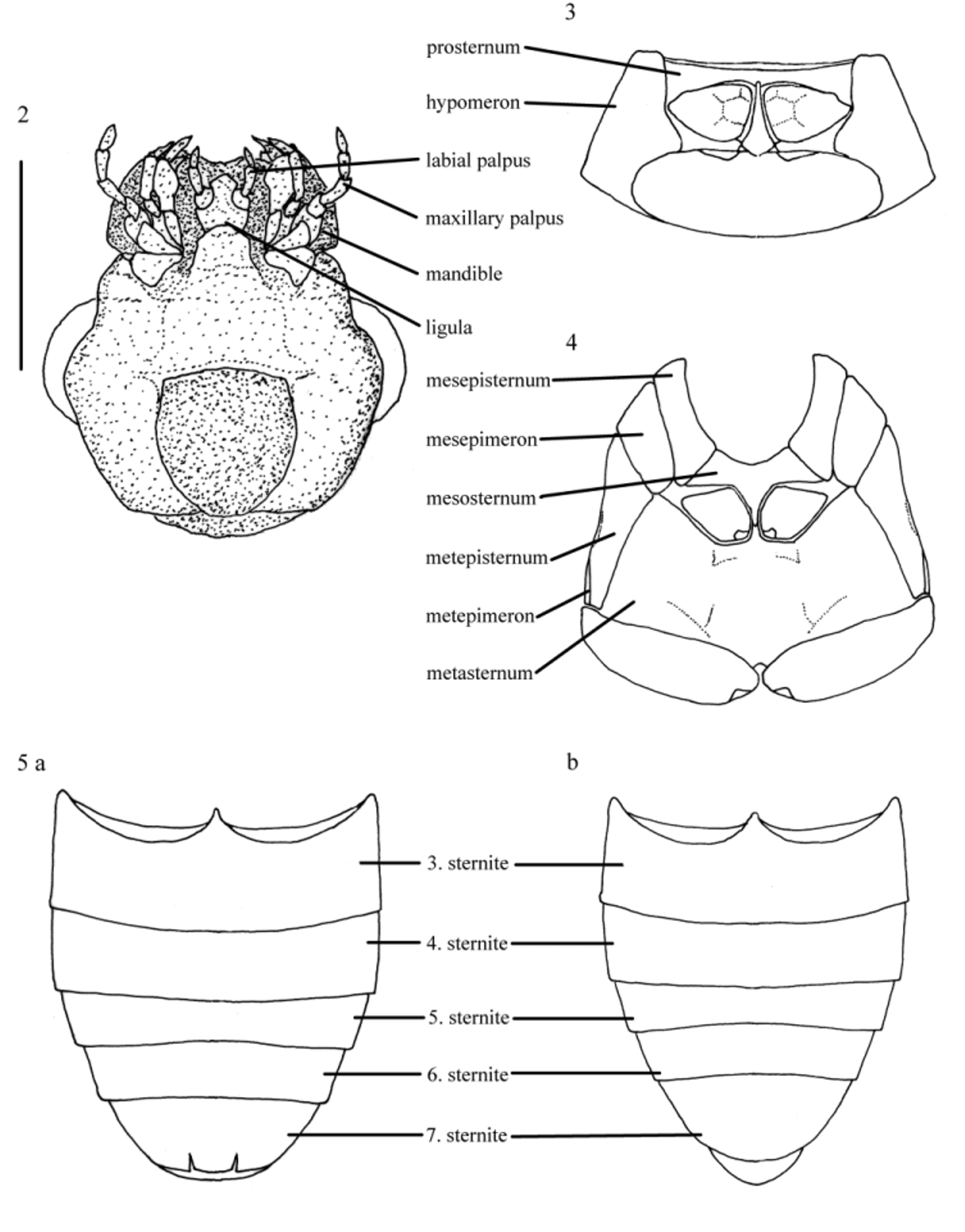