Maldonado (1976) indicated that Breddin’s description was insufficient to identify this species, but we disagree. Breddin (1904) described C. nigriventris as follows: “...a dull black, broad animal, in which only a longitudinal band of the posterior lobe of the pronotum, along with its broad posterior margin and the slender spicules of the humeral angles, as well as the hemelytra, and a very narrow margin of the abdomen [connexivum], are somewhat dull light yellow.” Following Breddin’s description it is clear that this particular and striking color pattern, being mostly black with yellow hemelytra and black and yellow posterior pronotal lobe, is exactly the same as the color pattern described for C. bicolor Maldonado ( Fig. 6A View FIGURE 6 ). The only difference is that the pale areas in the holotype of C. bicolor are rather orange than yellow. Therefore, because of the same coloration patter between the two species, we synonymize Maldonado’s species under Breddin’s.

Maldonado (1976) also offered an intriguing observation, he mentioned that he had examined a female specimen from Trinidad with less extensive black areas on the pronotum, but otherwise very similar to the holotype of C. bicolor . He hypothesized that this might be the female of the specimen he described. Unfortunately, he did not illustrate this specimen. Similar to what happens in C. lineatus and other species, some color variation might occur, with an extreme sexually dimorphic condition in C. rafaeli sp. nov.

Distribution: Castolus nigriventris is known from Bolivia ( Breddin 1904) and Trinidad and Tobago ( Maldonado 1976). 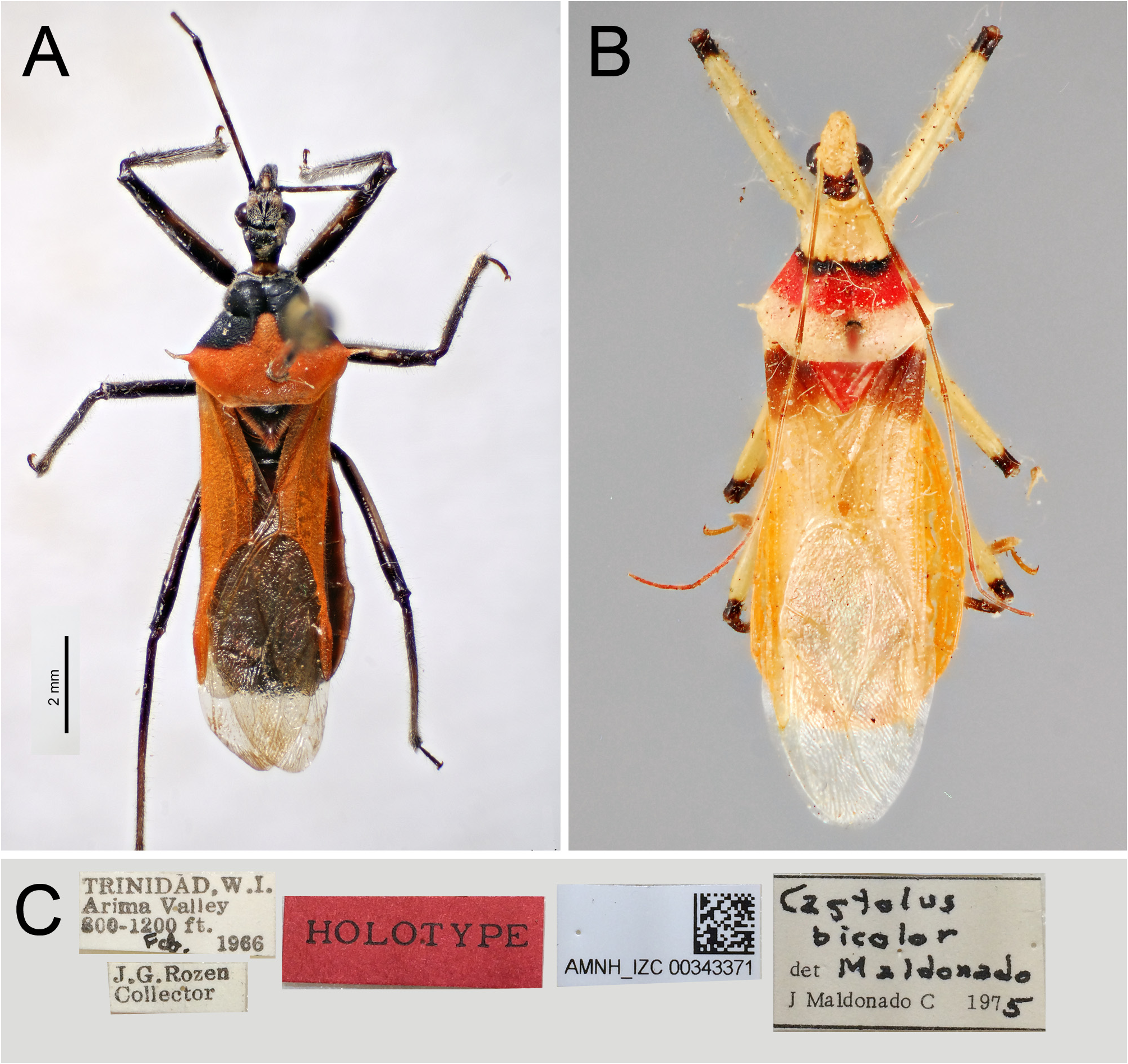