Diagnosis (based on male only)

The palpus of maxilla I is short and does not reach the tip of the outer lobe. The size of coxae in gnathopods I and II is sub-similar. Gnathopods bear trapezoidal to rectangular shape of propodi. Gnathopds I to II dactyli have a single seta on the outer margin. Dorso-laterally, the urosomites I to II bear one and two setae, respectively. The inner ramus in uropod I is longer than the outer ramus. Epimeral plates I–II are partly angular but not produced. Lobes of telson have three distal spines each and no lateral spines. The telson cleft is more than half its length.

The name ‘urmiensis’ refers to Urmia City, the center of West Azerbaijan province ( Iran), where the species was found.

MEASUREMENTS. The total length of the holotype is 8 mm. Head represents 17% of the total body length ( Fig. 3CView Fig). 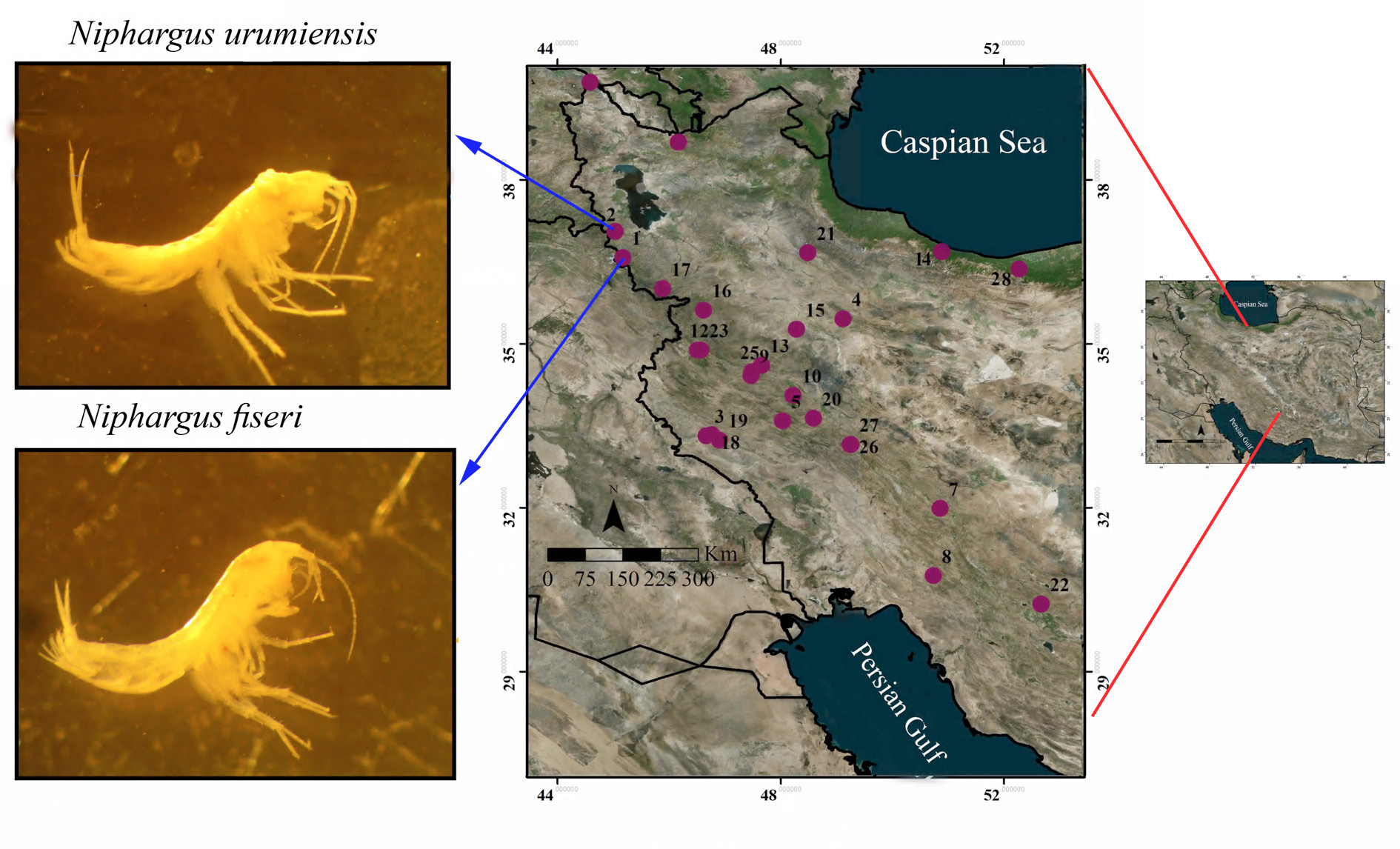 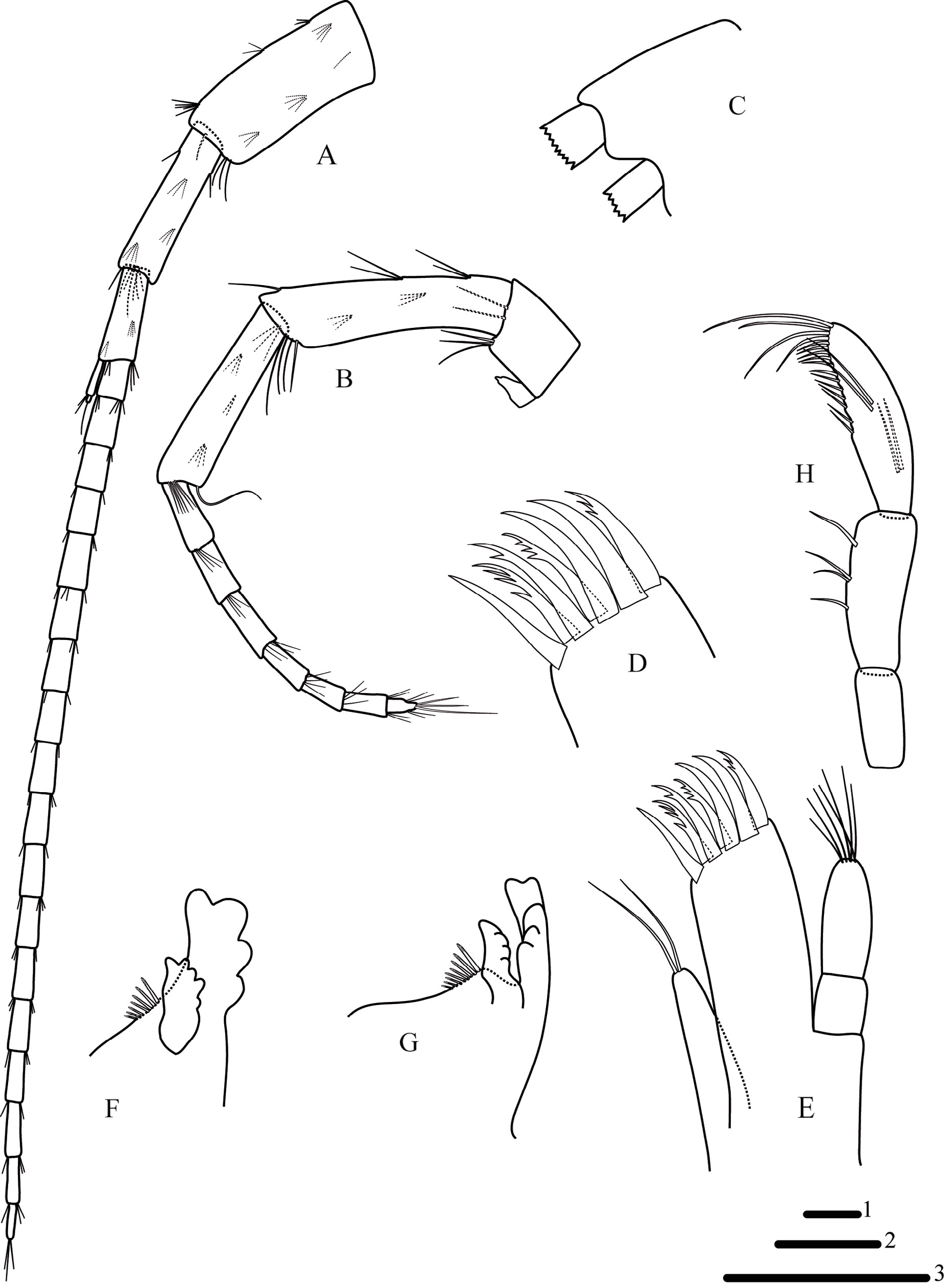 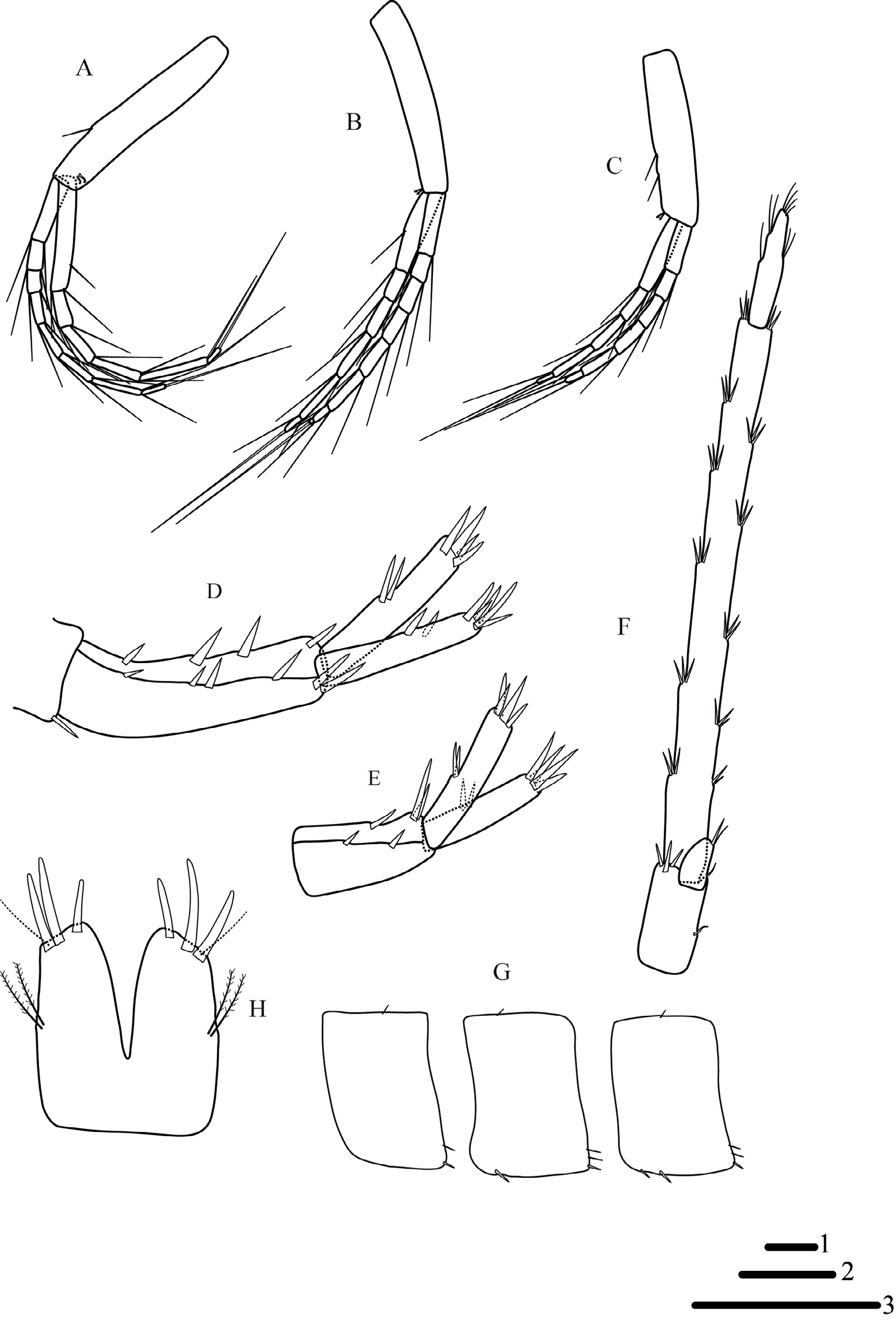