There are only four historical collections of D. wengeri  , two of which are specimens collected by Wenger, and the third by Parry. There is a fourth specimen at CAL, collected from southern Mizoram, which does not have the collectors’ details, but there is a possibility that it may be from Wenger or Parry’s collection, as the specimen was received from Kew herbaria and the script matches Fischer’s writing. In the protologue, Fischer indicated the specimen he studied for the description of the species as "Assam, South Lushai Hills, 2400 ft., Rev. W.J.L. Wenger’’, but he did not mention any specific collection date or number. We could not locate any specimen collected by Wenger at South Lushai hills at 2400 feet elevation in any herbaria (ARUN, ASSAM, CAL, E, K and BM), where Wenger’s specimens are known to exist. There is a specimen collected by Wenger (Wenger 1) at Kew (K000820530), without a collection date but with a note " comm. Sept 1927", presumably written by Fischer. The label clearly mentions that the specimen was collected at '2500 ft.' In their study, Weber et al. (2000) considered K000820530 as a type but they did not designate the status of the type: "Type: INDIA, Mizoram (previously Assam), South Lushai Hills, 2500 ft., IX. 1927. Wenger (K)". We suggest that the '2400 ft.' in Fischer’s protologue possibly is a typographical error, which has also been suggested by Weber et al. (2000), wherein the elevation has been cited as '2500 ft.' by them and not as '2400 ft.', as featured in the protologue. Given these observations, we designate K000820530 as the lectotype here.

Flowering in August to September, fruiting in October to January.

D. wengeri  is currently known from only two locations in southern Mizoram, India: Saiha district and Lawngtlai district. Only one population each has been located in these two districts and they are separated by a distance of 135 km. This rediscovery is after a span of 87 years and a total of 52 individuals were found during the flowering season of 2018. In the protologue, Fischer has quoted Wenger’s (collector) note as "apparently scarce, at least in these hills, for I have only found one small patch on a steep clayey bank", indicating that these plants were very rare even when they were first collected. Considering the small, fragmented population and rapidly degrading habitat, the species should be considered as critically endangered (CR) as per C2a(i) of the IUCN guidelines ( IUCN 2019). 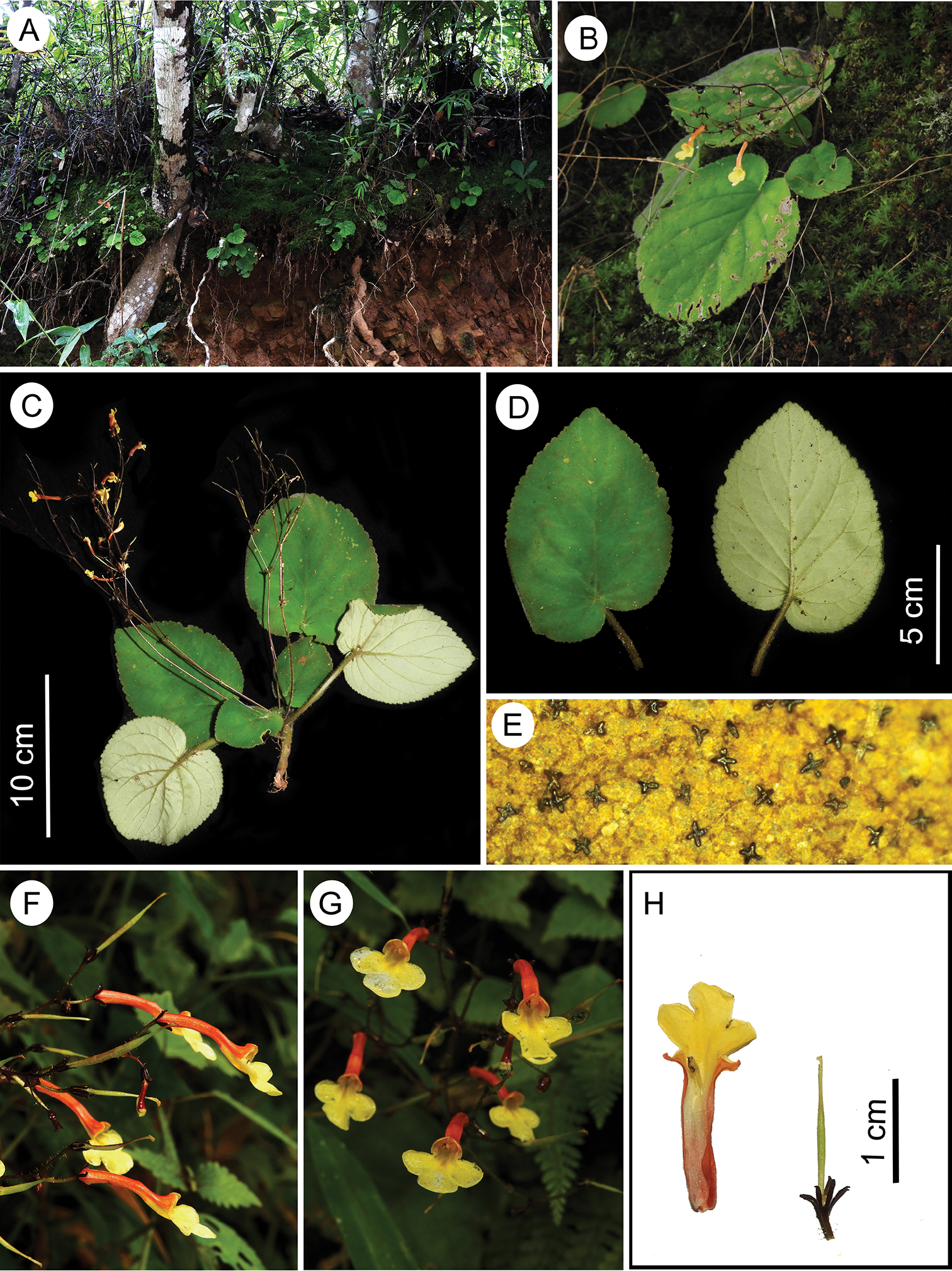