Diagnosis. Geostiba circellaris  can be distinguished from other Nearctic species of Geostiba  by having large eyes (temple length to eye length ratio 1.6­1.9), pronotal pubescence of type VI, reduced wings, elytra shorter than pronotum (pronotum length to elytron length ratio 1.1), the presence of one medial carina on male abdominal tergum 7 in front of posterior margin, the shape of the aedeagus and spermatheca ( Figs. 1­4View FIGURES 1 ­ 7 in Assing (2001), Figs. 21­23View FIGURES 21 ­ 25).

In North America there is no native species closely related to G. circellaris  . Geostiba circellaris  is superficially similar to G. impressula  in having pronotal pubescence of type VI but can be distinguished from the latter species by having tergum 7 with one medial carina in males and a different shape of spermatheca in females ( Fig. 4View FIGURES 1 ­ 7 in Assing (2001), Figs. 316­317View FIGURES 316 ­ 320). 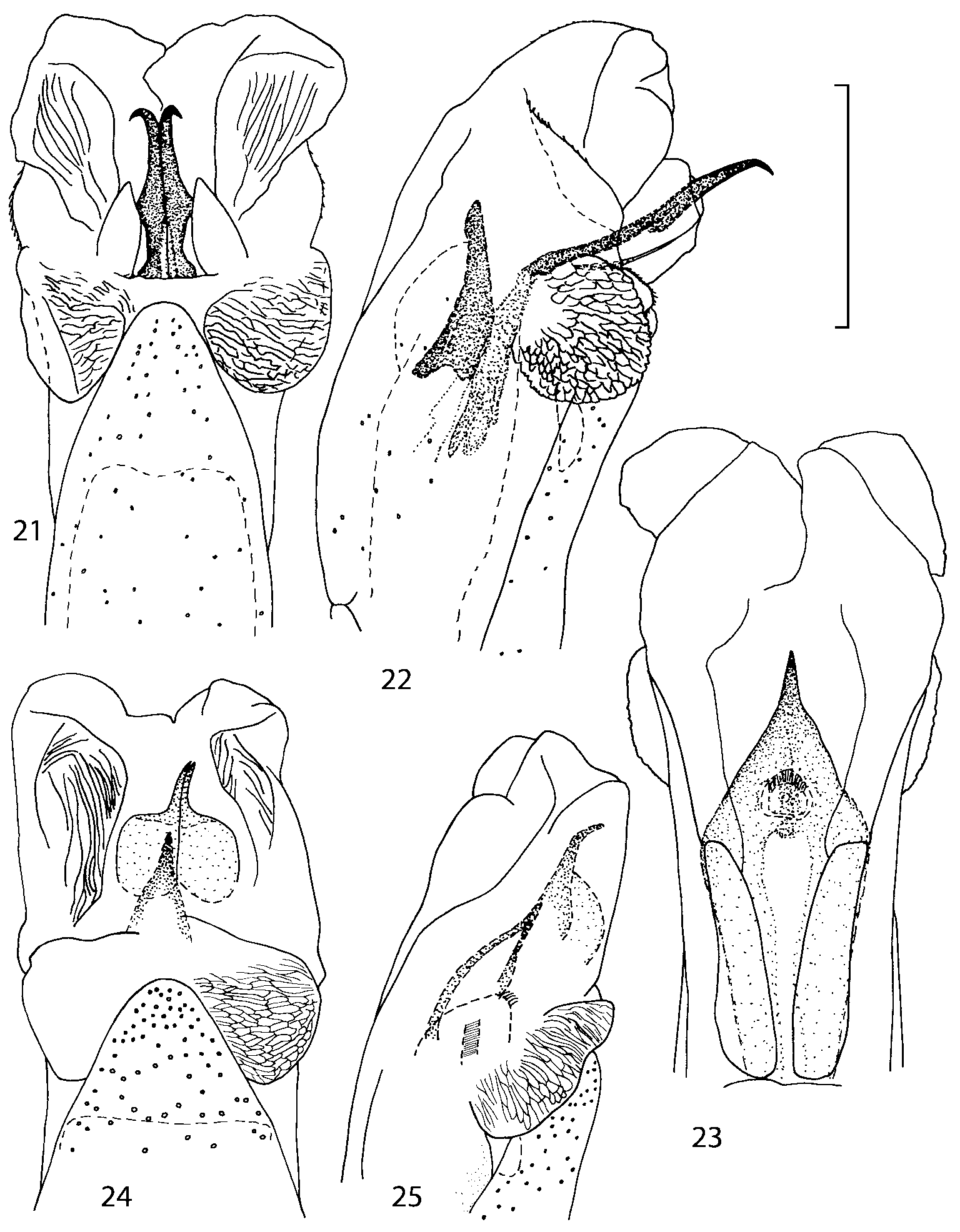 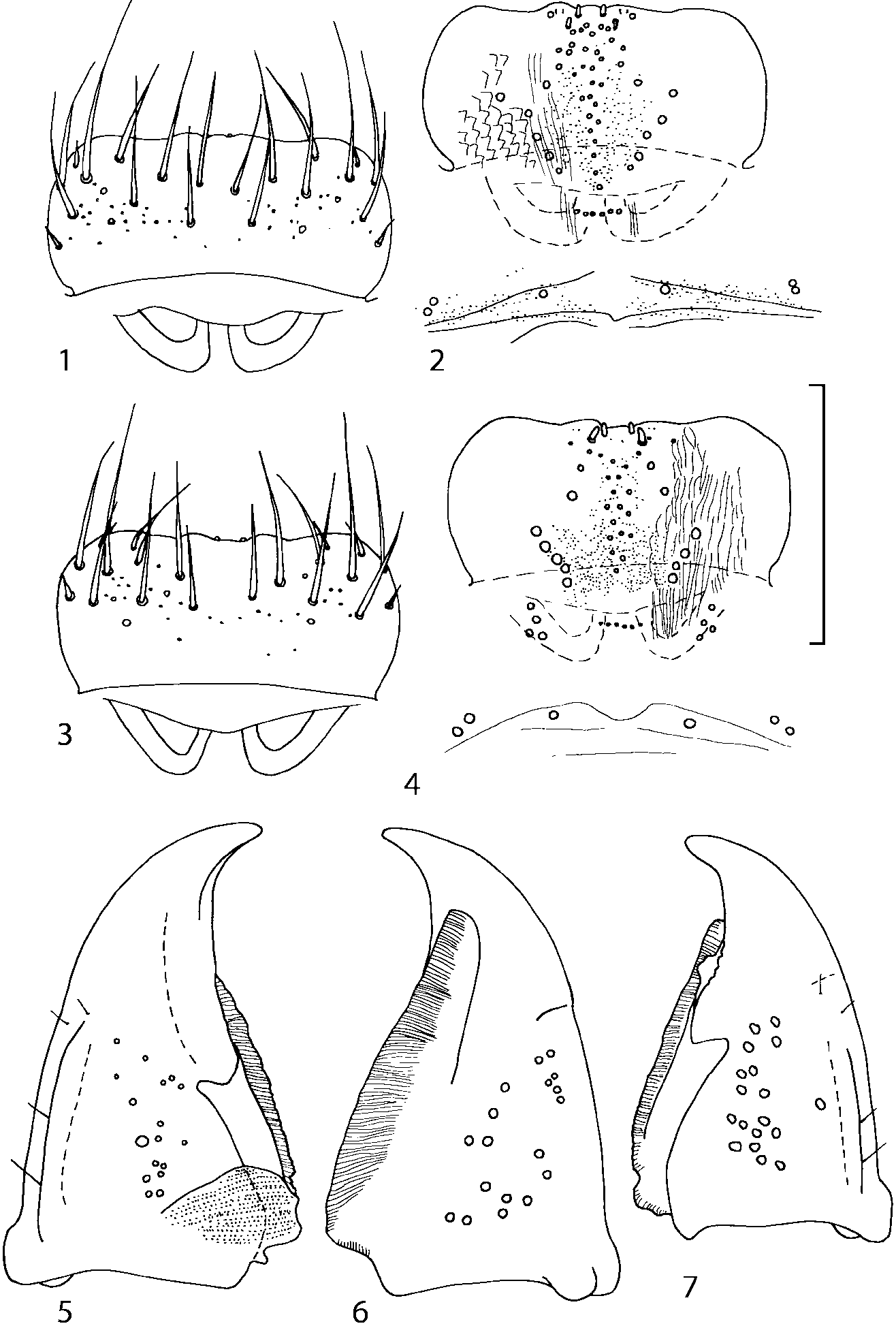 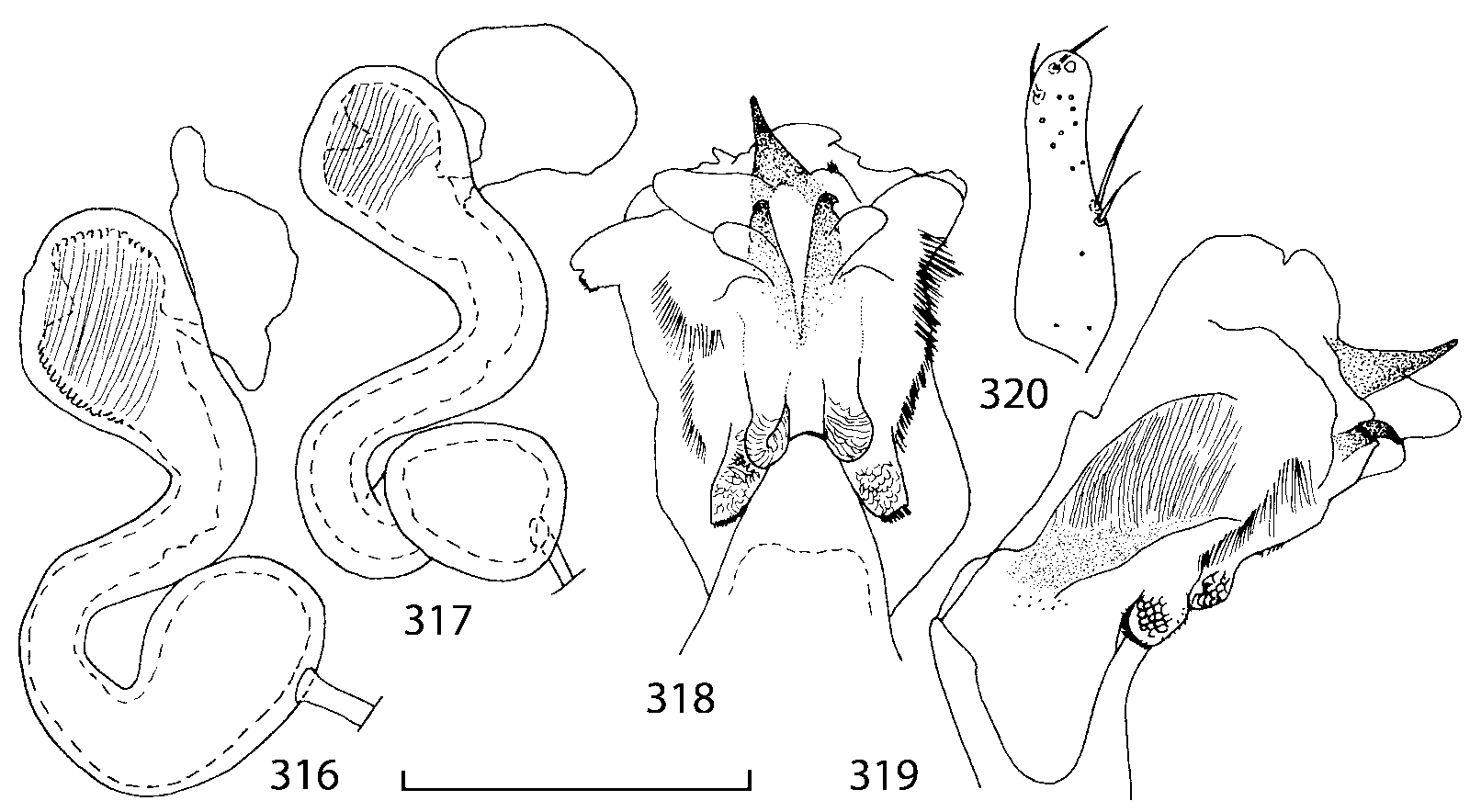