Notes. In the specimens collected from Yunnan Province, the pygofer side has a slender appendage at the caudo-dorsal angle directed ventrad ( Fig. 35 View FIGURES 32 – 40 ) and the apex of the subgenital plate is more slender which differ from the type of G. linguplata   from Nepal (Kathmandu) as drawn by Thapa (1983), but other features of the genitalia are very similar so these two populations are considered conspecific. 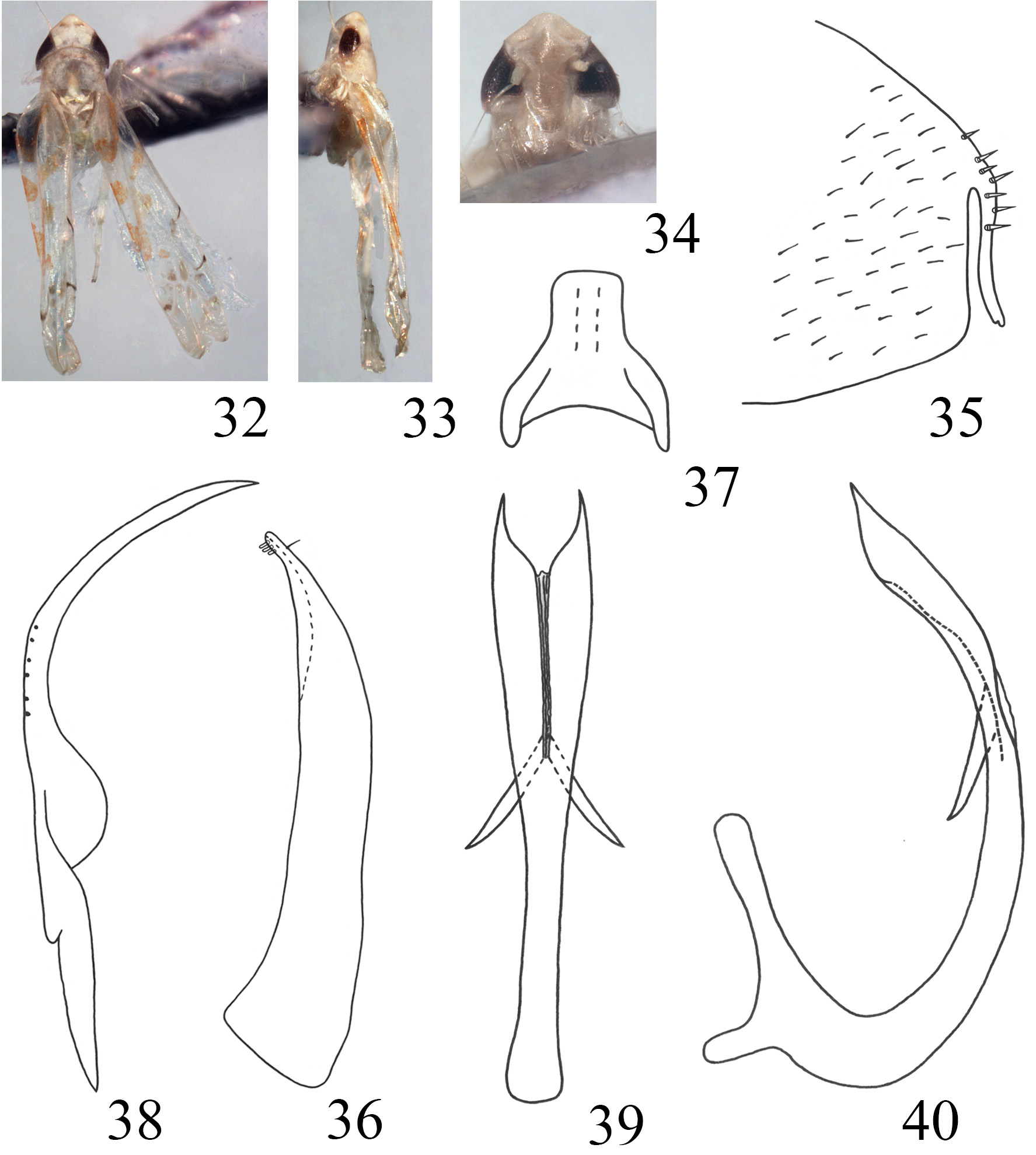