Etymology. The generic name is derived from the Greek word mniaros, meaning mossy and gekko  , from the Malay ‘gekoq’, onomatopoeia of the call of the species Gekko gecko  and the common name to all limbed gekkotans. A Sri Lankan origin for the word gekko  , derived from the Sinhalese word ‘gego’, is also possible (de Silva & Bauer, 2008). The name is masculine and should be pronounced “Nē-aro-gekko.” It refers to the mossy or lichenous markings that are common on members of this genus. The vernacular names “New Caledonian mossy gecko  ” and “Mossy prehensile-tailed gecko  ” are in wide use in the herpetocultural literature for M. chahoua  (de Vo s j o l i et al. 2003).

Definition and Diagnosis. Mniarogekko  may be distinguished from all other New Caledonian diplodactylid geckos by the following combination of character states: body large (to 147 mm SVL); head moderately-sized; tail approximately equal to SVL; dorsal scalation granular, homogeneous; loose folds of skin present on margins of mandible and along ventrolateral border of body; expanded undivided subdigital lamellae under all toes; webbing between digits relatively extensive; claw of digit I of manus and pes positioned lateral to a single, undivided apical lamella; precloacal pores in three or four rows in males, anterior two rows extending onto base of thighs (70–120 pores in total); dorsal color pattern highly variable but consisting of a gray, olive, brown, reddish or orangey background usually with dark middorsal blotches and/or transverse markings, with one or more patches of ashy to lichenous green patches; venter cream to greenish.

Distribution. Mniarogekko  occurs broadly on the Grande Terre. Seipp and Henkel (2000, 2011) believed that M. chahoua  occurred island-wide, but the number of verified localities is limited and there may be large gaps ( Langner 2009). Nearly all known locality records from the Grande Terre are from low elevation valleys. The genus also is present on the Îles Belep and has been recorded from unstated localities on the Île des Pins ( Seipp & Klemmer 1994; Seipp & Obst 1994; de Vosjoli 1995; de Vosjoli & Fast 1995; Seipp & Henkel 2000, 2011).

Remarks. See below for the description of a new species of Mniarogekko  . 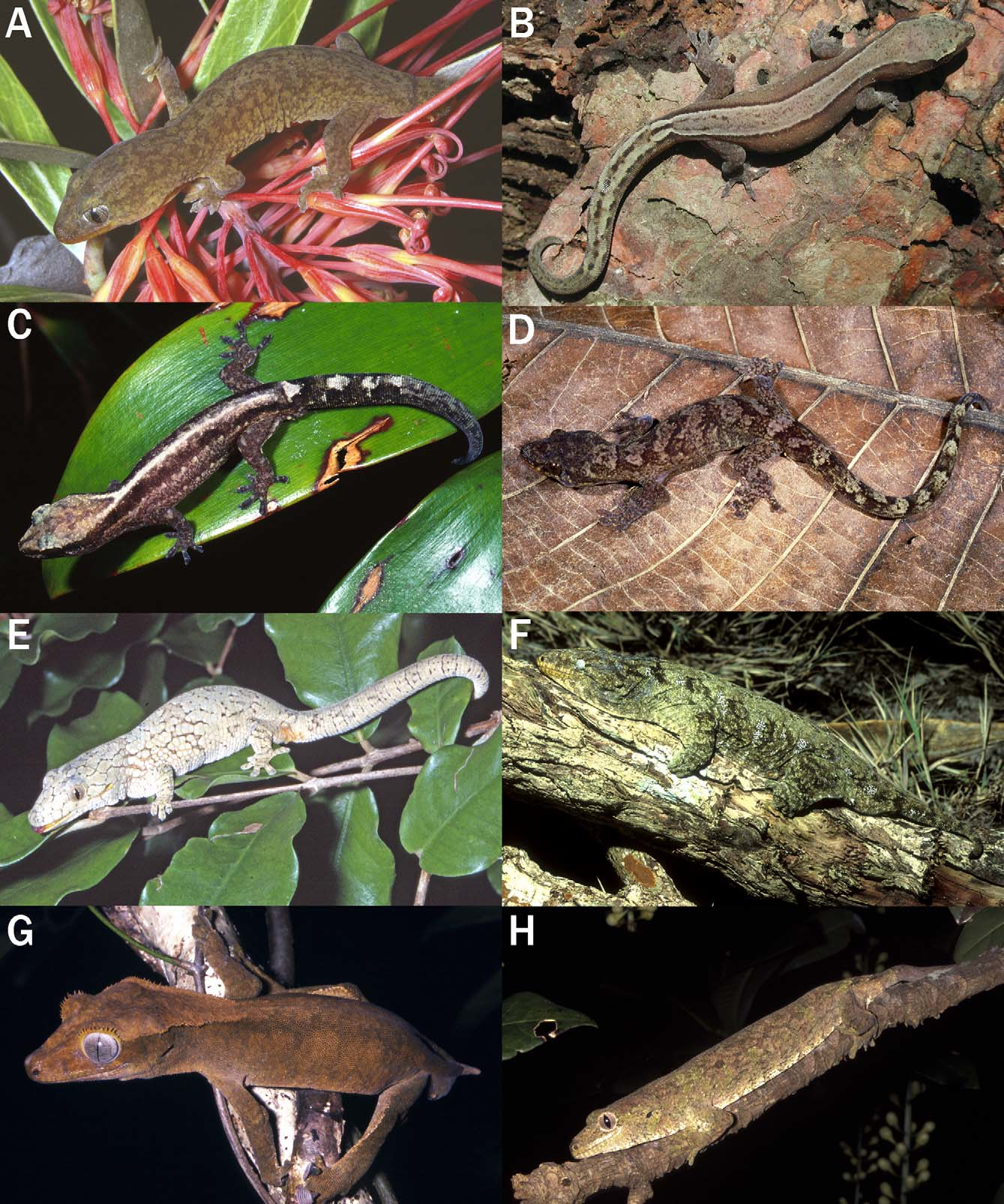