Etymology. — The specific epithet is a matronym honoring Dr. Lawan Chanhome of the Queen Saovabha Memorial Institute of the Thai Red Cross Society, Bangkok. Dr. Chanhome has been and continues to be an active contributor to the study of Thai venomous snakes. The epithet is formed in the feminine genitive.

Definition. — A moderately sized Cyrtodactylus  , snout­vent length to at least 79 mm; body slender, limbs and digits long, slender; one pair of enlarged postmental scales in broad contact with one another; dorsal scalation with 16­18 rows of keeled tubercles; 36– 38 ventral scales across belly between ventrolateral folds; no precloacal groove, a continuous series of 32–34 pore­bearing precloacal­femoral scales (at least in males). 7–9 broad basal lamellae and 14 narrow distal lamellae beneath 4 th toe of pes. Median subcaudal scales enlarged to form broad transverse plates. Dorsal pattern of purplish brown bands, bordered anteriorly and posteriorly by yellowish­cream bands; 3 such bands on trunk and a fourth on nape and occiput.

Osteology: Parietal bones paired; stapes imperforate. Phalangeal formula 2–3 – 4–5 – 3 for manus and 2–3 – 4–5 – 4 for pes. Presacral vertebrae 26, including 3 anterior cervical (without ribs), 2 lumbar (one in paratype), and 2 sacral vertebrae; 5 pygal and 18.5 post pygal caudal vertebrae to point of regeneration in holotype (0.5 post­pygal vertebrae in paratype). Both specimens with one pair of crescentic cloacal bones present, flared both medially and laterally. Endolymphatic sacs not enlarged extracranially. Long bones of holotype with incomplete fusion, suggesting it may be a subadult or if mature, that it has not reached maximum size. Those of paratype fused.

Coloration (in preservative): Base color a pale brown. Banded with mid brown markings, each with a darker brown posterior border; each such band bordered anteriorly and posteriorly by a thinner cream band; 3 sets of such alternating bands between limb insertions and one across sacrum. Dorsal pattern faded on flanks. Alternating light and dark pattern of dorsum continues on to tail. 11 dark bands on original portion of tail. Distalmost part of tail very pale ( Fig. 4View FIGURE 4). A prominent brown collar with darker margins from posterior border of orbits through dorsal half of ear and across nape continuing anterior of orbits to nostril. Dorsum of head pale yellow with scattered, slightly darker, diffuse markings at anterodorsal margin of orbits and on parietal. A light line bordering nape band extends from frontonasal area through dorsal part of eye to quadrate and on to occiput. Labial scales beige with scattered brown punctations. Limbs pale brown, weakly marked by darker mottling and scattered irregular white markings, especially distally. Venter cream to beige.

Variation. — Comparative mensural data for the holotype and paratype are presented in Table 1. The paratype is similar to the holotype in most respects except as noted. CUMZ R 2003.62: Adult male. Rostral crease “Y” shaped. Postmentals bordered posterolaterally by a single enlarged lateral chinshield and posteriorly by 2–3 slightly enlarged chin granules; 9 supralabials to middle of orbit, 12 (left) to 13 (right) enlarged supralabials to corner of mouth; 10 infralabials. 18 interorbital scale rows across narrowest point of frontal bone. Tubercles in approximately 16 longitudinal rows at midbody; midbody scale rows across belly to base of ventrolateral folds 36. Precloacal­femoral pores in single series of 34, with one poreless scale separating 5 most distal pores on right thigh from remainder of series.

Diagnosis. — Cyrtodactylus chanhomeae  may be distinguished from all congeners on the basis of the following combination of characters: body slender, limbs and digits long, dorsal scalation with 16–18 rows of keeled tubercles, 36–38 ventral scales across belly between ventrolateral folds, no precloacal groove, a continuous series of 32–34 pore­bearing precloacal­femoral scales (at least in males), median subcaudal scales enlarged to form broad transverse plates, and dorsal pattern of purplish brown bands, bordered anteriorly and posteriorly by yellowish­cream bands (5 such pale bands between limb insertions).

On the basis of its continuous single series of precloacal and femoral pores and absence of a precloacal groove, Cyrtodactylus chanhomeae  may be distinguished from C. tigroides  and the majority of its other congeners (refer to Diagnosis of C. tigroides  ). Among those species with a continuous series of pores (or for which this condition could not be adequately assessed based on literature and specimens available to the authors), the new species may be distinguished from the Pacific species C. abrae  , C. derongo  , C. loriae  , C. louisiadensis  , C. novaeguineae  , and C. tuberculatus  on the basis of its much smaller size (to 79 mm SVL for types vs.> 110 mm SVL), as well as lower ventral scale counts and coloration differences. It may be distinguished from C. papilionoides  and C. malcolmsmithi  by its greatly expanded subcaudal plates, which extend the entire width of the tail, from C. darmandvillei  by its much smaller and less coarse dorsal tubercles, from C. jarujini  by its lower number of pores (32 vs 52) and banded rather than spotted or blotched pattern, from C. variegatus  by its greater number of midventral scale rows (36–38 vs 22), from C. tiomanensis  and C. phongnhakebangensis  by its greater number of pale bands (4– 5 vs 3) between limb insertions, and from C. feae  by its lack of a well­defined reticulate pattern on the dorsum of head.

Distribution and Natural History.— Cyrtodactylus chanhomeae  has thus far been found only in and around caves in the Phraputthabata District (Khun Khlon Subdistrict) of Saraburi Province in central Thailand, north of Bangkok.

Three male specimens of C. chanhomeae  were found by day on the walls of limestone caves, 10­20 m from the cave mouth in near total darkness, at heights of 0–3 m above the ground (where cave ceiling was 2–8 m). At night, one female was found inside a cave, and a juvenile was found outside the cave entrance (19:20, 23 May 2002). Others were seen inside caves between 22:00 and 0: 30 (30–31 May 2003). Other gecko species found in the vicinity of the type locality were Gekko siamensis Grossmann & Ulber  , Gehyra cf. fehlmanni (Taylor)  , and Dixonius melanostictus (Taylor)  . The first two of these were observed both inside and outside the caves. Several specimens of C. chanhomeae  were kept alive in captivity for some time. During this time they readily accepted crickets and meal worms and bit if handled roughly. The species is able to jump quite long distances, but does not run quickly. 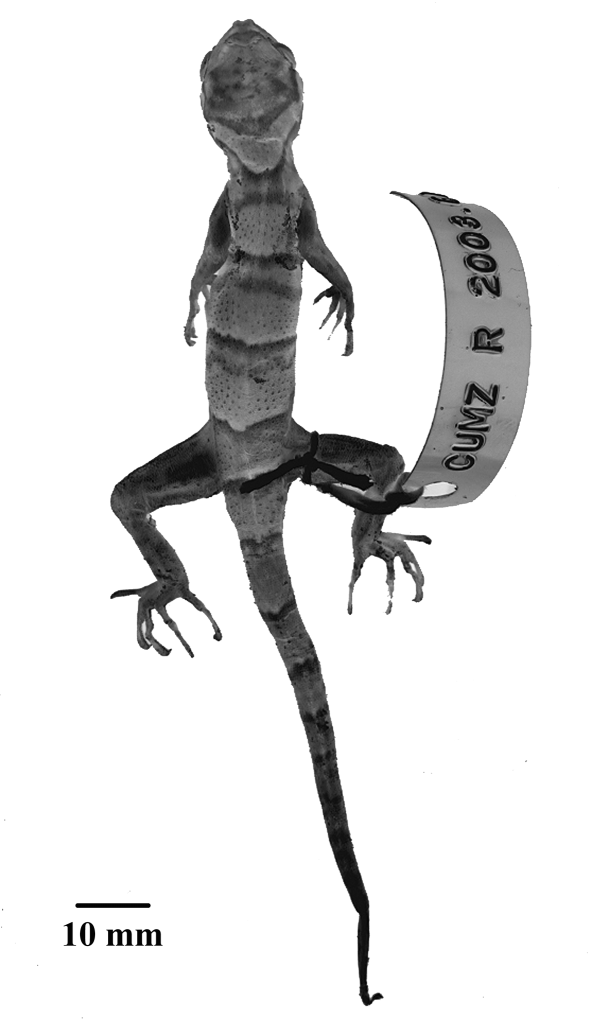 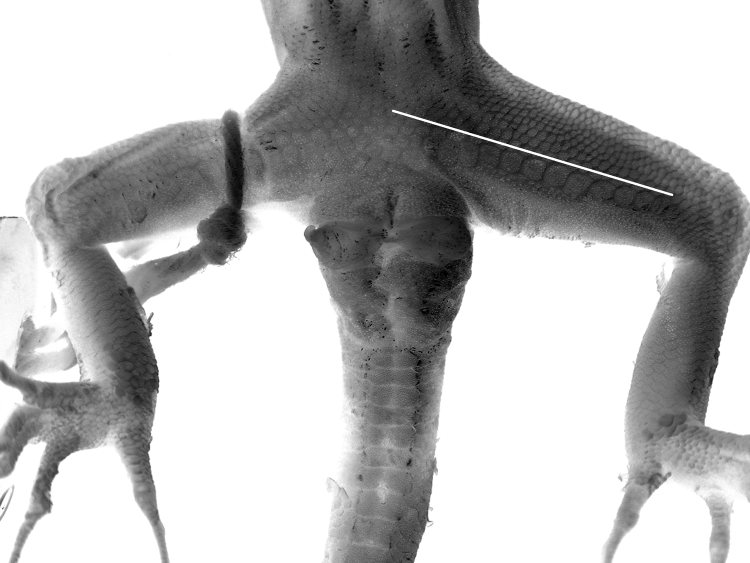 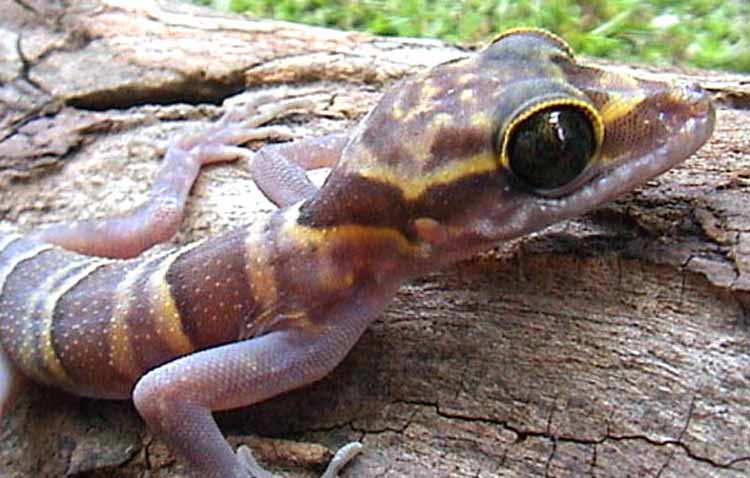