Etymology. The new species has been named sinabartfeldi   in honour of Sina Bartfeld, who contributed to supporting malacological research.

On submerged logs exposed to strong current, collected in 0.1–1 m depth. As with T. baskasti   , the inaccessibility of deeper parts of the river because of the strong currents does not allow us to estimate its depth range with any certainty.

Taxonomic remarks. The two extremely distinct shell forms encountered in this species are suggestive of two morphs or even two taxa at first glance. A comparison of the entire series revealed transitions between both forms, though, and as a consequence an attempt to unambiguously sort the sample into the two forms failed (compare Fig. 4 View FIGURE 4. T ). Radula and embryonic shell comparisons between specimens chosen from both extremes of shell form also failed to show any difference ( Fig. 5 View FIGURE 5. T ) and both forms were sampled from the same log without any observable difference in distribution. We thus suggest that T. sinabartfeldi   as described here represents one highly variable species with respect to shell form. If this variability is an expression of ecophenotypic variation remains open to speculation at this point.

Despite the high intraspecific variability in shell shape, both the subglobose and conic form of T. sinabartfeldi   do not resemble any other species of Tylomelania   . 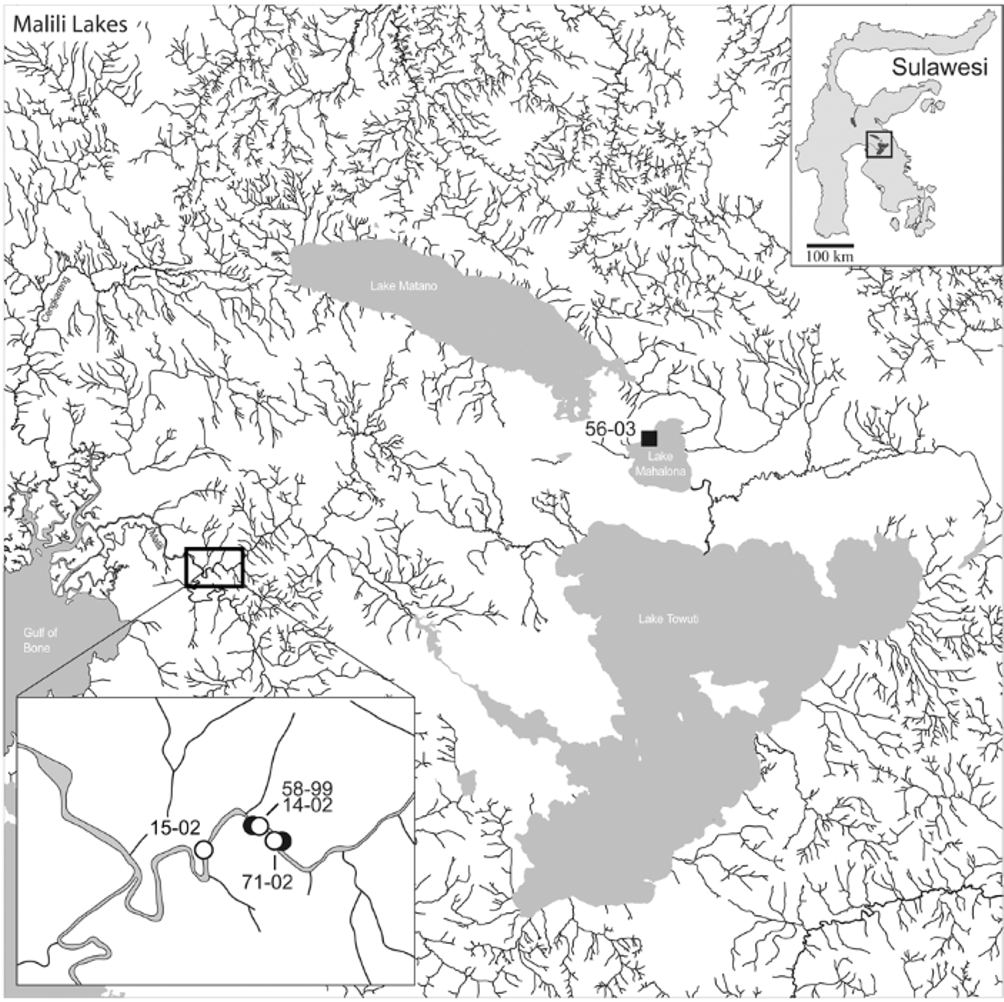