Discussion. Mycomya jeti  resembles Eastern Palaearctic M. neodentata Väisänen, 1984  and Chinese M. odontoda Yang  & Wu, 1988 and M. dentalosa Yang  & Wu, 1988, in having short and almost straight sternal submedian appendage ( Figs. 10View FIGURE 10 B, 10 D), but differs from them in the other details of the male hypopygium. The gonostylus of M. neodentata  is very strongly curved and the two groups of the teeth are widely separated from each other (Väisänen 1984: fig. 1034). Mycomya odontoda  , which is known from Fujian and Guizhou, southern China, lacks the several flattened subapical setae of the tergal lateral appendage which are present in M. jeti  ( Fig. 10View FIGURE 10 C). The tergal lateral appendage of M. dentalosa  , known from different parts of China (Guizhou, Hunan, Heilongjiang), is much broader than in M. jeti  and the gonostylus is straight and its membranous lobe is very large.

Etymology. The species name is a noun in apposition and refers to the snowman in the Himalayan Tibetan mythology. 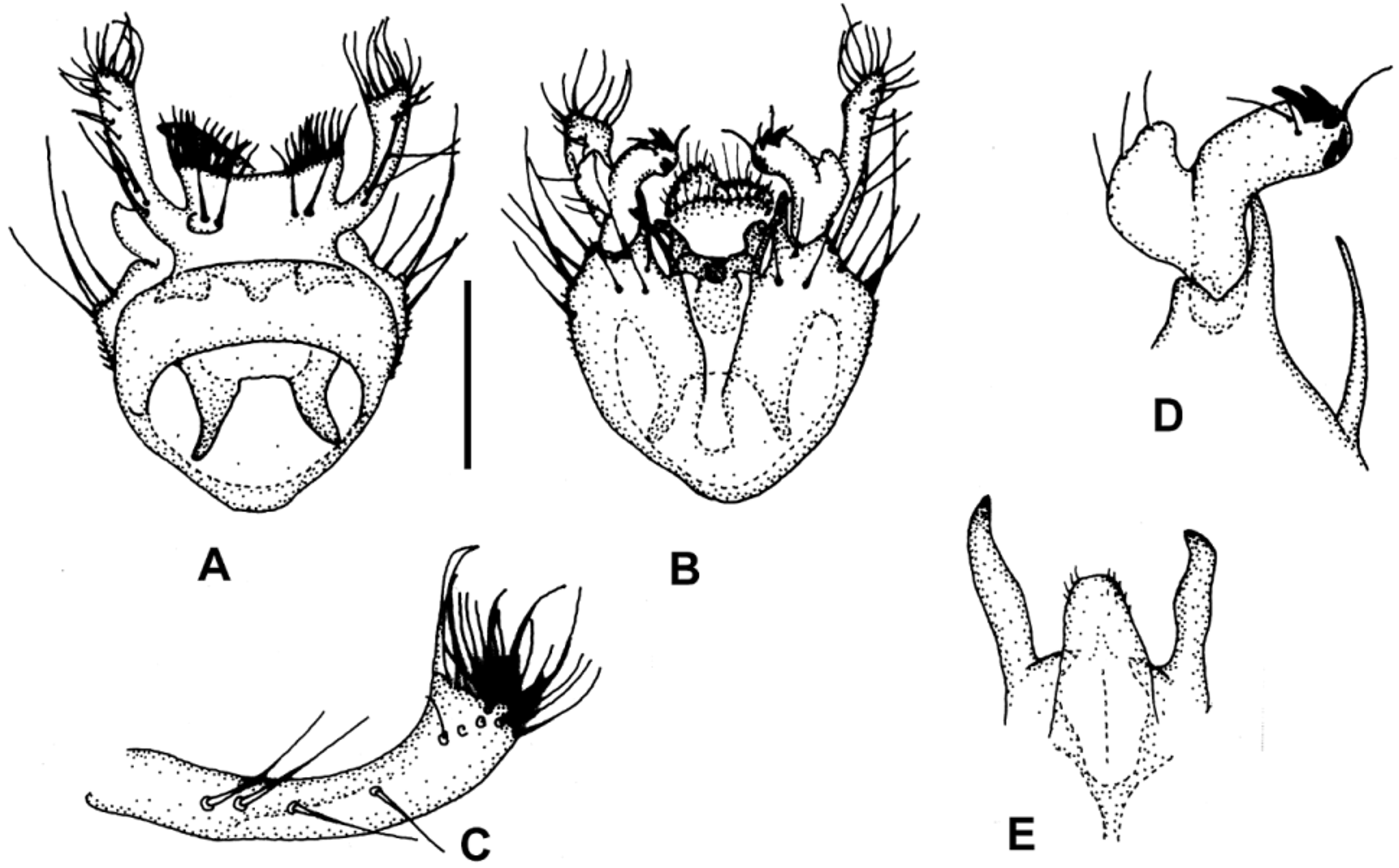