Diagnosis. As for the genus (see above).

Elytra at sides distinctly longer than pronotum at midline (EtL/PL= 1.2–1.3).

Female genitalia. Sterna 7 and 8 straight to slightly sinuate apically. Genital segment with styli of tergum 9 similar to those of male; tergum 10 similar to that of male; gonocoxites strongly developed, second gonocoxites rather short, each with two to five strong setae along its outer margin, with a minute stylus ( Fig. 13View FIGURES 1 – 13) and two long apical setae.

Etymology. The name refers to the species distribution.

The occurrence of the new species in Mauritia flexuosa  was reported from two localities in Peru (Iquitos) and Brazil (Manaus). Given this association, it seems probable that both the insect and the host plant may share a common distribution. Mauritia flexuosa  is an Amazonian native palm species ( Figs. 14–21View FIGURES 14 – 21), that is distributed all over the American tropics and the East Andes, mainly in the Amazonian basin, in areas such as Peru, Bolivia, Colombia, Ecuador, Venezuela, Brazil, the Guyanas, north of Trinidad and Panama ( Henderson et al., 1995). This palm species plays a major role in the economic, social and ecological systems of the Peruvian Amazonia ( Vásquez et al., 2008, Trujillo-González et al., 2011). Because of its importance and in order to avoid its overexploitation, this plant is in process of domestication to be cultivated as a dwarf form ( Vásquez et al., 2008). However, the development of the crops involves the proliferation of harmful insects and knowledge about potential natural enemies is required. Mauritia flexuosa  grows naturally on flooded soils, on rivers and stream borders forming dense monospecific gatherings known in Peru as “aguajales” ( Figs. 14, 15View FIGURES 14 – 21). When they are associated with other palm species such as Oenocarpus bataua  (as it is also the case here for the occurrence of Delgadobius  ), they are called “sacha-aguajales” ( Delgado et al., 2007). In M. flexuosa  , the new species has been observed actively running among the rachillae ( Figs. 17–19View FIGURES 14 – 21) of the palm together with adults and larvae of Mystrops dalmasi Grouvelle  ( Coleoptera  : Nitidulidae  ), which is quite abundant (Couturier, pers. obs.) and may be potential prey. Nitidulidae  has also been reported as the most abundant family visiting male inflorescences of M. flexuosa  among Coleoptera  , which in turn has shown the highest representation among the insect orders associated with this palm species in Manaus, Brazil ( Storti, 1993). The presence of D. amazonensis  in M. flexuosa  has only been observed during the flowering event, at the end of which the insect disappears (G. Couturier, pers. obs.). The host plant, Mauritia flexuosa  or “aguaje” ( Fig. 14, 15View FIGURES 14 – 21) as it is called in the Peruvian Amazonia (“buriti” or “miriti” in Brazil) starts its commercial fructification at the age of 12–15 years when it naturally grows. Given its height (35–40 m), it has been a common practice to cut the whole female individual in spite of the detrimental effects on the palm-tree populations (G. Couturier, pers. com.). The dwarf form or “aguaje enano” ( Fig. 14View FIGURES 14 – 21) has not been found in natural conditions but only in culture. Its fructification happens at the age of 5 years, before the stem is less than 1 m high. The precocity of its fructification and its short stem allows easy collection of both the fruit and the flower-visiting insects ( Fig. 18, 21View FIGURES 14 – 21). Flowering can occur during the whole year. The anthesis of female and male flowers usually begins at 16 h and lasts an average of 24 h. When the flowers open, they produce a fragrance that may act as a mechanism for attracting insects ( Delgado et al., 2007). A great amount of insects associated with this palm has been reported from male and female inflorescences during anthesis ( Storti, 1993). Since M. flexuosa  is a dioecious palm, pollination by insects may be crucial.

A common feature among the genera of palm trees from which D. amazonensis  has been recorded ( Mauritia  , Euterpe  and Oenocarpus  ) is the rather sparse structure of their inflorescence compared to other genera of Arecaceae  , such as Astrocaryum  , Elaeis  and Phytelephas  . These genera have been also examined in the field but D. amazonensis  was not either observed or reported. We assume that the structure of the inflorescence may be a limiting factor in the predatory behavior of D. amazonensis  . Because of its association with a dominant plant species of economic and cultural importance in Amazonia, the ecological role of D. amazonensis  in the “aguajal” ecosystem may deserve further studies of applied interest in the future. 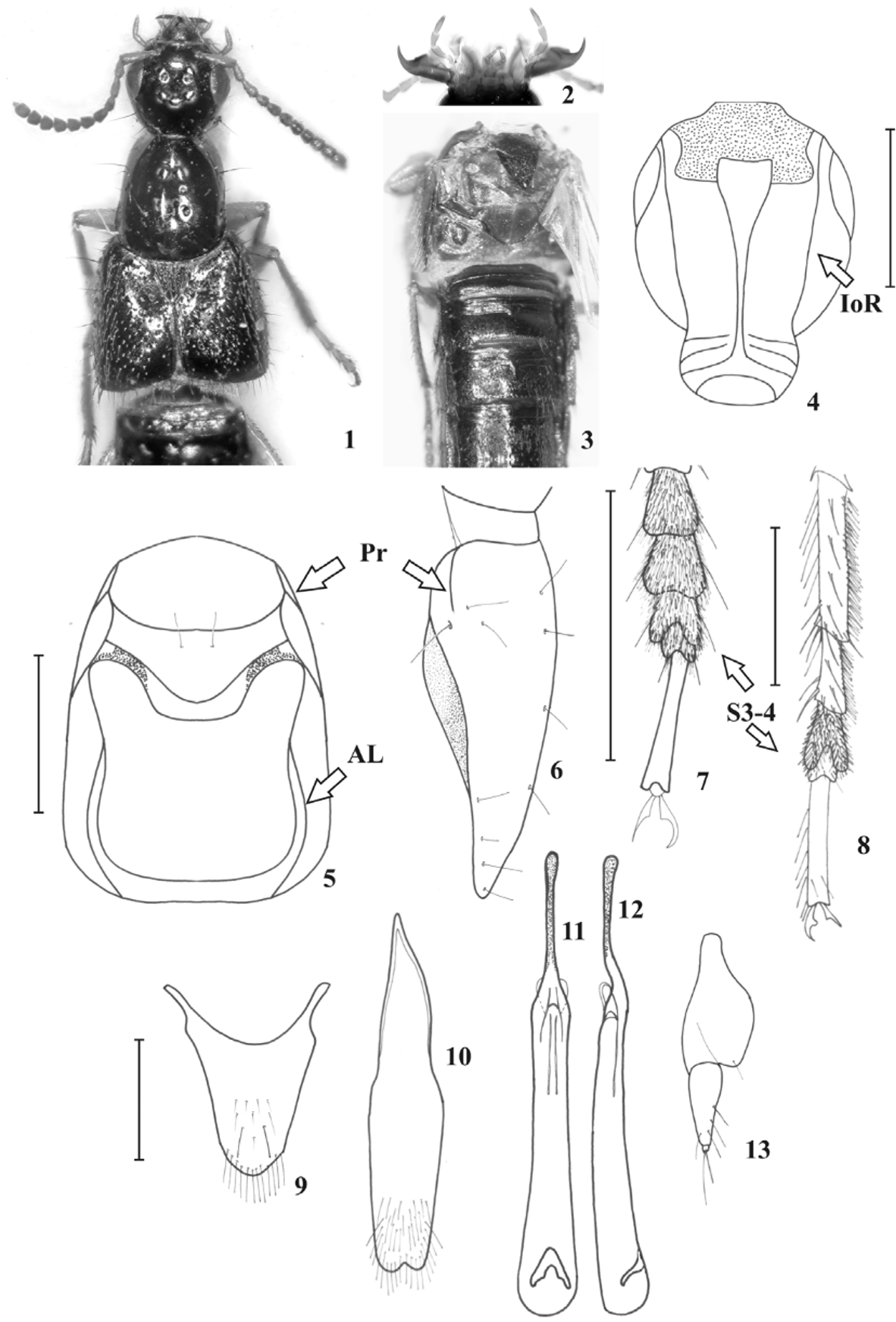