Paubrasilia is closely related to Caesalpinia , but differs in habit, forming medium-sized to large trees, 5-15+ m tall, armed with small to large upturned prickles, these usually arising from woody protuberances (vs. shrubs or small to medium sized trees, usually 1-6 m tall, unarmed or armed with curved deflexed prickles, either occurring in pairs at the base of leaves, or scattered on shoots, or both, and sometimes present at the base of trunk). Paubrasilia also differs from Caesalpinia by having alternate pinnae with consistently alternate leaflets (vs. opposite pinnae with opposite to alternate leaflets), the median petal with a blood red central blotch (vs. the median petal lacking a red central blotch) and a spiny, woody, finely pubescent, sub-lunate, 1-2-seeded pod (vs. an unarmed, glabrous, oblong-elliptic, generally 3-7-seeded pod, with a marcescent style forming an acute apex).

A monospecific genus endemic to Eastern Brazil, in the states of Pernambuco, Bahia, Espirito Santo and Rio de Janeiro. Widely cultivated in Brazil as an ornamental street or park tree, and sometimes in plantations.

“Pau-brasil” is the national tree of Brazil, and has long been associated with the country. Its red sap was once used for dying cotton and cloth and its wood is much prized for the manufacture of high quality violin bows. Originally described as Caesalpinia echinata by Lamarck in 1785, it is appropriate that this phylogenetically isolated taxon should be placed in its own monospecific genus and a Latinization of its well-known and much used common name recognises the importance of the species to Brazil. For a detailed account of this iconic species refer to Pau-brasil by E. Bueno [et al.], São Paulo, Axis Mundi (2002). 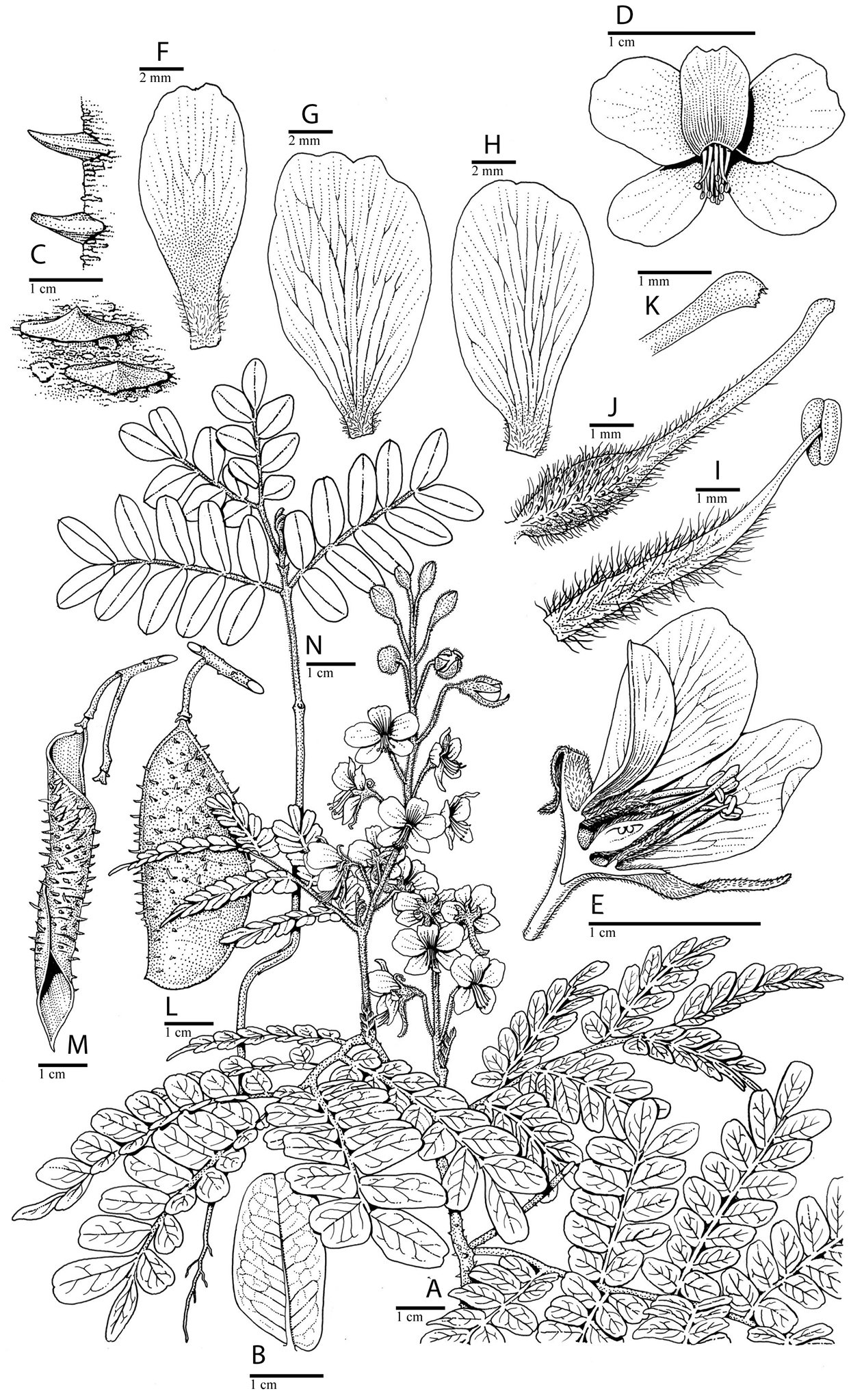 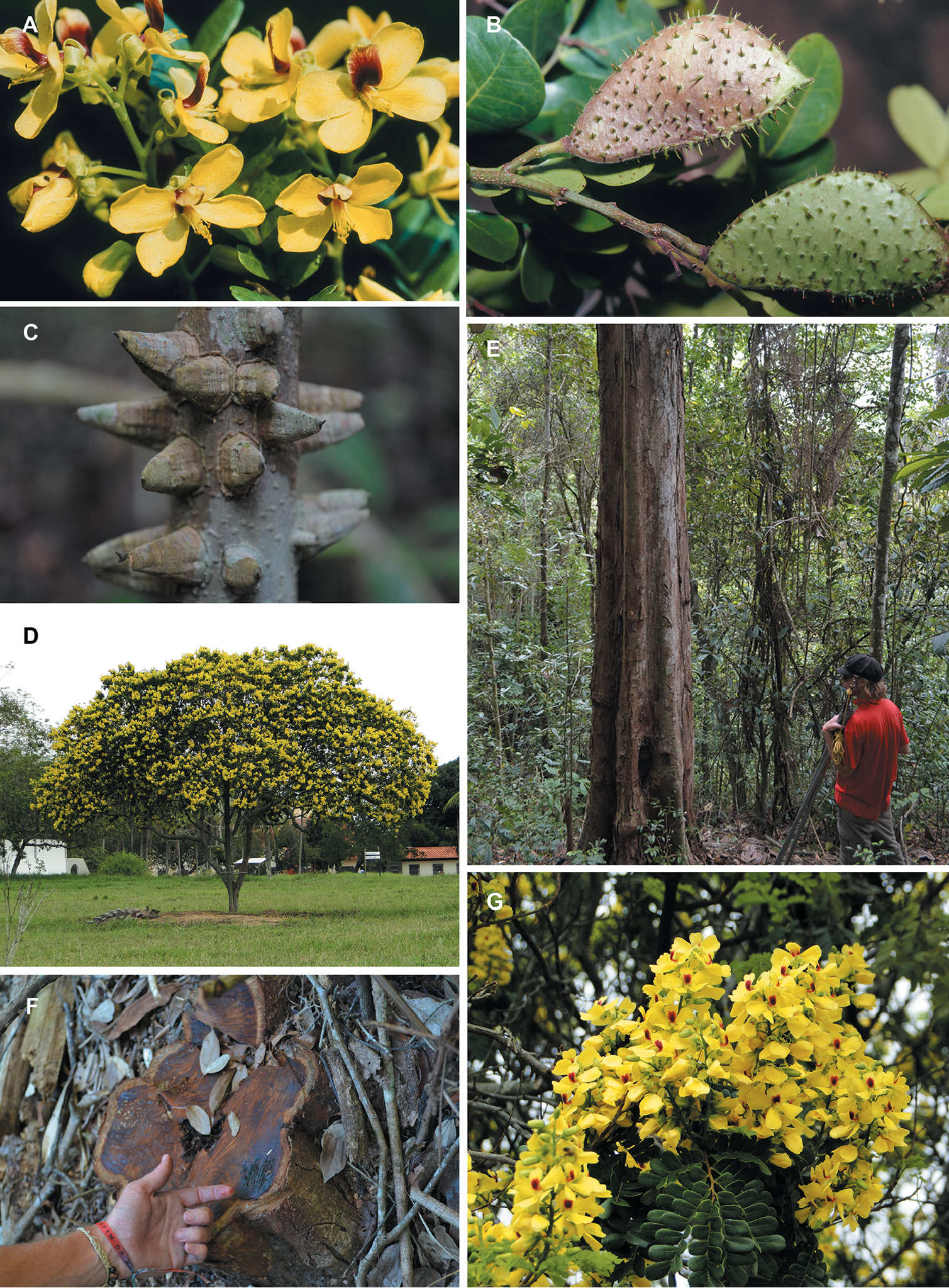