Remarks. Uyttenboogaart (1930) reported the finding of a single specimen of Hyperaspis arrowi Brèthes, 1925  (now in the genus Cyrea Gordon et Canepari  ( Canepari et al. 2016)) at Puerto de la Luz, Gran Canaria. This species of South American origin was later reported by Eizaguirre (2007) from Maspalomas, Gran Canaria based on a specimen from the collection at Universidad de la Laguna, and then by Nicolas & Rae (2012) from Lajares, Fuerteventura. We have not examined the specimens of C. arrowi  . However, taking into consideration that C. ar- rowi is externally very similar to H. vinciguerrae  (compare Fig. 8KView FIGURE 8 with Figs. 3–6View FIGURE 3View FIGURE 4View FIGURE 5View FIGURE 6 in Canepari et al. 2016) we assume that all the reports of C. arrowi  from the Canary Islands most likely were the result of misidentification of H. vinciguerrae  . It is worth noting that Oromí & Báez (2010) list both C. arrowi  and H. vinciguerrae  (misspelled as H. cinciguerrae  ) from the Canary Islands, the former from Gran Canaria and the latter from Gran Canaria, Fuerteventura and Lanzarote.

Recently, female and male H. vinciguerrae  were pictured by Biranvand et al. (2017b). However, those pictures are confusing. While according to notes made by Poorani & Lalitha (2018), the picture of the female (Fig. 26) may indeed represent H. vinciguerrae  , that of the male (Fig. 27) seems to actually show an Indian species, Hyperaspis maindroni Sicard, 1929  . 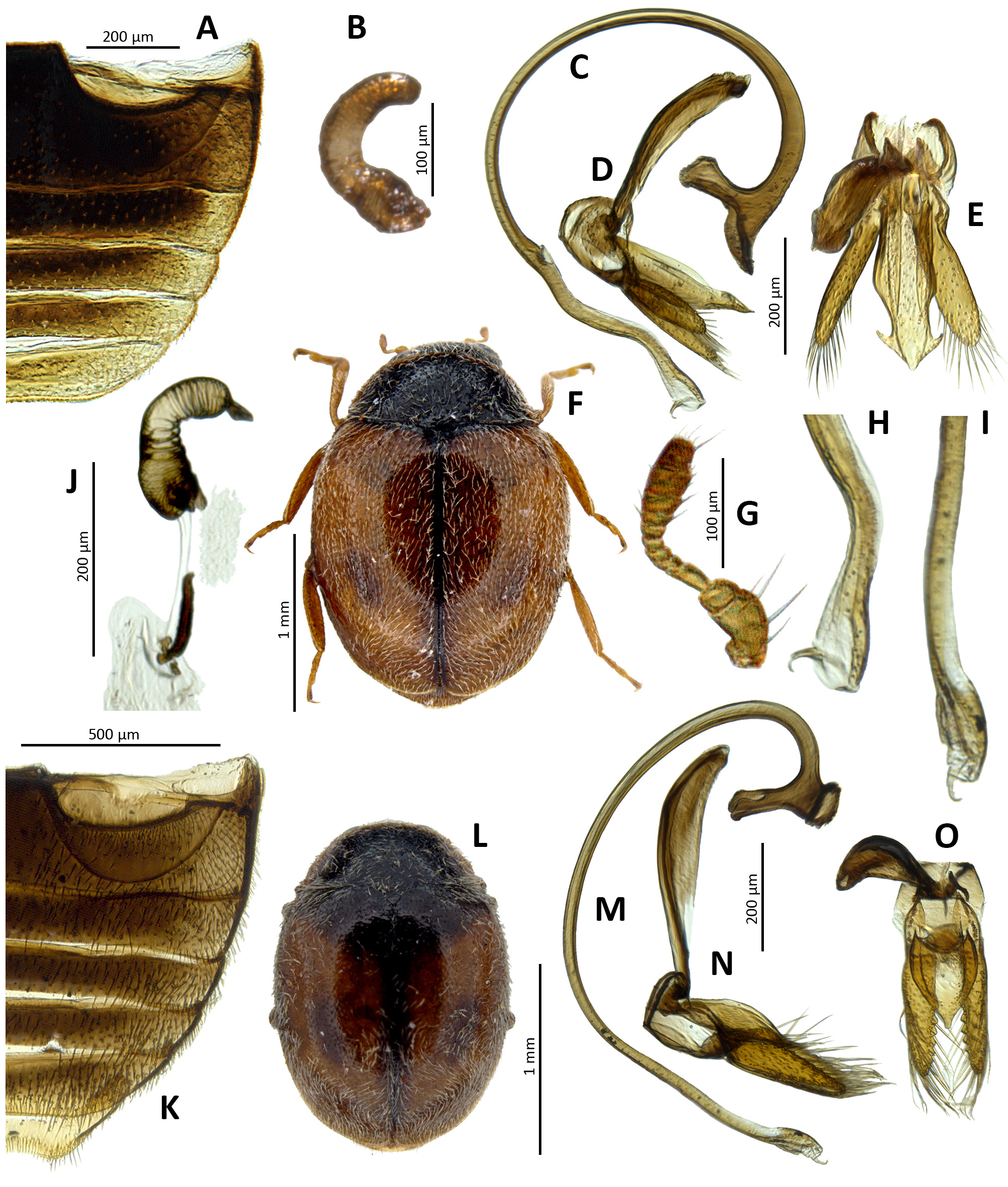 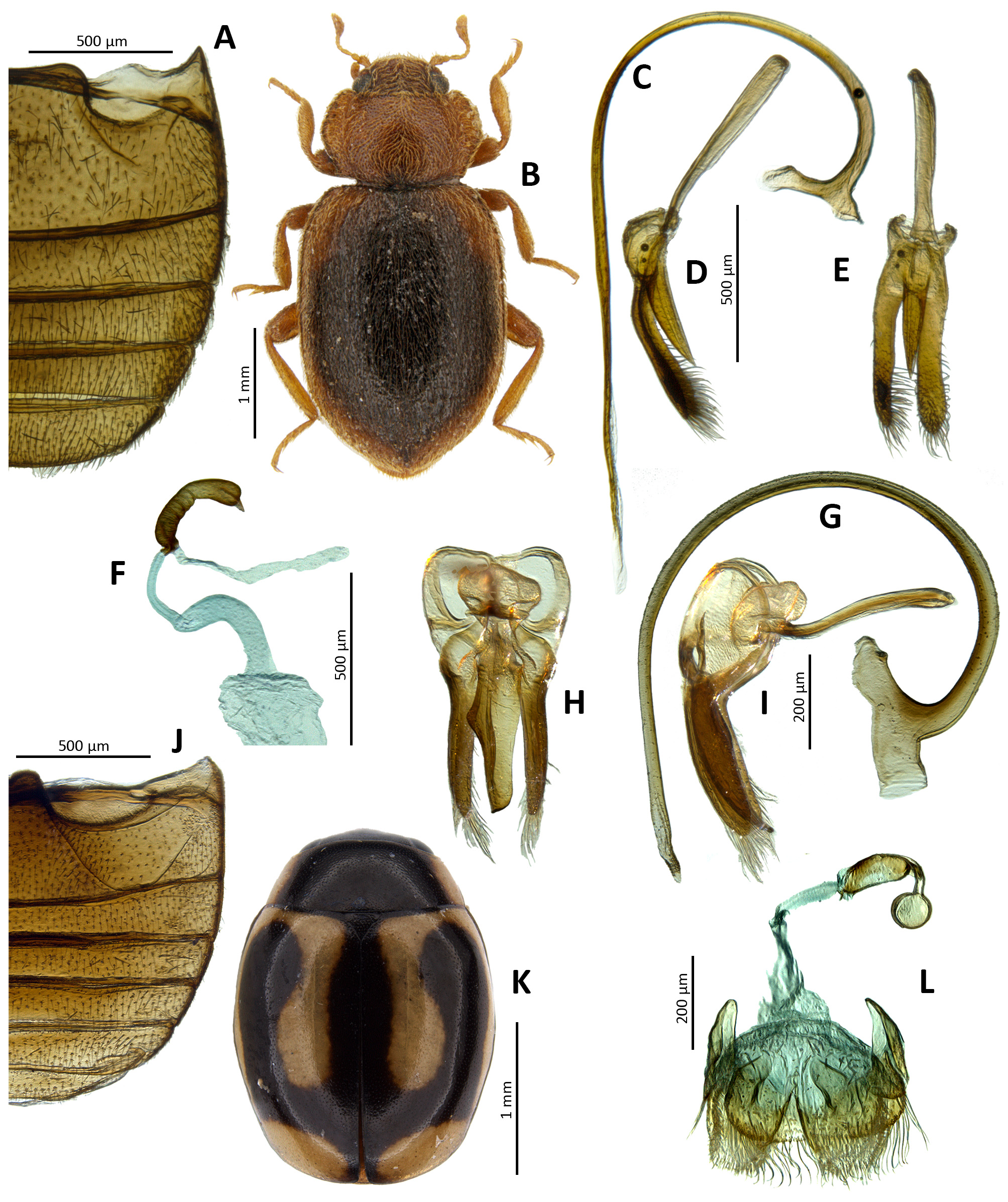