Apterous viviparous females ( Figs. 2EView FIGURE 2, 4BView FIGURE 4, 5B, 5JView FIGURE 5), from 111 specimens, of which 56 have been measured. When alive oval-shaped, yellowish-green coloured with or without black or brown dorsal markings, brownish antennae and legs and black siphunculi. When mounted generally pale with brown parts (see details below). Metric and meristic features in Table 3. Head, including clypeus and mandibular and maxillar lames, brown. Frons nearly flat. Antennal segment I as dark as head and darker than segment II, both nearly smooth; antennal segment III pale, dorsally smooth and ventrally with sparse scales; segments IV and V pale and imbricated; segment VI progressively pigmented towards apex, but with a distal part paler than head, and also imbricated. Rostrum reaches to slightly beyond the hind leg coxae, brownish, with darker ultimate segment, which has two accessory setae. Legs long and mostly pale, only tarsi and a distal portion of tibiae are somewhat pigmented. Prothorax with brown transverse dorsal band, rarely fragmented, and with flat and large marginal tubercles. Mesothorax with a transverse stripe, reticulated like other sclerotized areas of thorax and abdomen, sometimes fragmented. Metathorax with two spinal sclerites, sometimes coalescent, accompanied by small marginal sclerites in some specimens. Dorsum of abdominal segments 1–6 variably brown sclerotized: one or two large spinal or pleuro-sclerites on several segments, which can be fused together in different ways, to form a more or less extensive spinal or pleuro-spinal plate, irregularly edged; small marginal sclerites also present in these segments. All these sclerites brown, like the spiracular sclerites, but paler than intersegmental sclerites and siphunculi. Marginal tubercles on abdominal segment 1, similar to prothoracic tubercles, broad and taller than wide, bigger than those present on several abdominal segments 2–6. Abdominal segment 7 without marginal tubercles. Dorsum of abdominal segments 7 and 8 sometimes with pale brown separate sclerites or a single narrow transverse band. Siphunculi nearly cylindrical, base slightly larger than apex, homogeneously dark, imbricated, with a very small flange if present. Genital and anal plates and cauda much less pigmented than siphunculi. Cauda long-triangular to finger-shaped, shorter or longer than siphunculi. Setae of cephalic dorsum truncated or blunt, setae of thoracic and abdominal dorsum blunt or pointed; other setae pointed.

Alate viviparous females ( Figs. 2FView FIGURE 2, 4EView FIGURE 4, 5E, 5MView FIGURE 5), from 47 specimens, of which 8 have been measured. When alive similar to apterous viviparae with black head and thorax and brown legs. In mounted specimens antennal segments I and II as dark as head; segments III and IV pale, and V and VI scarcely pigmented. Ocelli surrounded by a dark ring. Coxae dusky, like the distal half of femora, and usually paler than tarsi and distal portion of tibiae. Abdominal segments 2–6 with broad marginal sclerites, which are accompanied in more pigmented specimens by 1 or 2 spinal sclerites per segment. Abdominal segments 7 and 8 with pale brown stripes. Antennal segment III with unequal and mostly large 4–9 secondary sensoria, aligned on distal two thirds of segment. Other qualitative features similar to those of apterae. Metric and meristic features in Table 3.

Biology. Aphis maulensis  sp. n. was collected on unidentified plants of Euphorbia  , perhaps E. klotzschii Oudejans  or E. collina  , because both colonise this Andean territory (Fundación Flora Chilena Darian Stark 2015; Méndez 2014). No data exists about its life cycle, which should be holocyclic without host alternation, as usual in the species of this genus in South America.

Distribution. Aphis maulensis  sp. n. is only known in the highest part of Chilean slopes of Paso Pehuenche, but it is possible that its range extends along the Andean ridge, both in Chile and in Argentina. It may not be frequent, because it has only been found once, despite the neighbouring department of Malargüe being intensely prospected.

Etymology. The specific epithet maulensis  is an adjective in nominative singular and feminine gender (like Aphis  ), which means “native of Maule ”; Maule is the name of the Chilean Region VII. 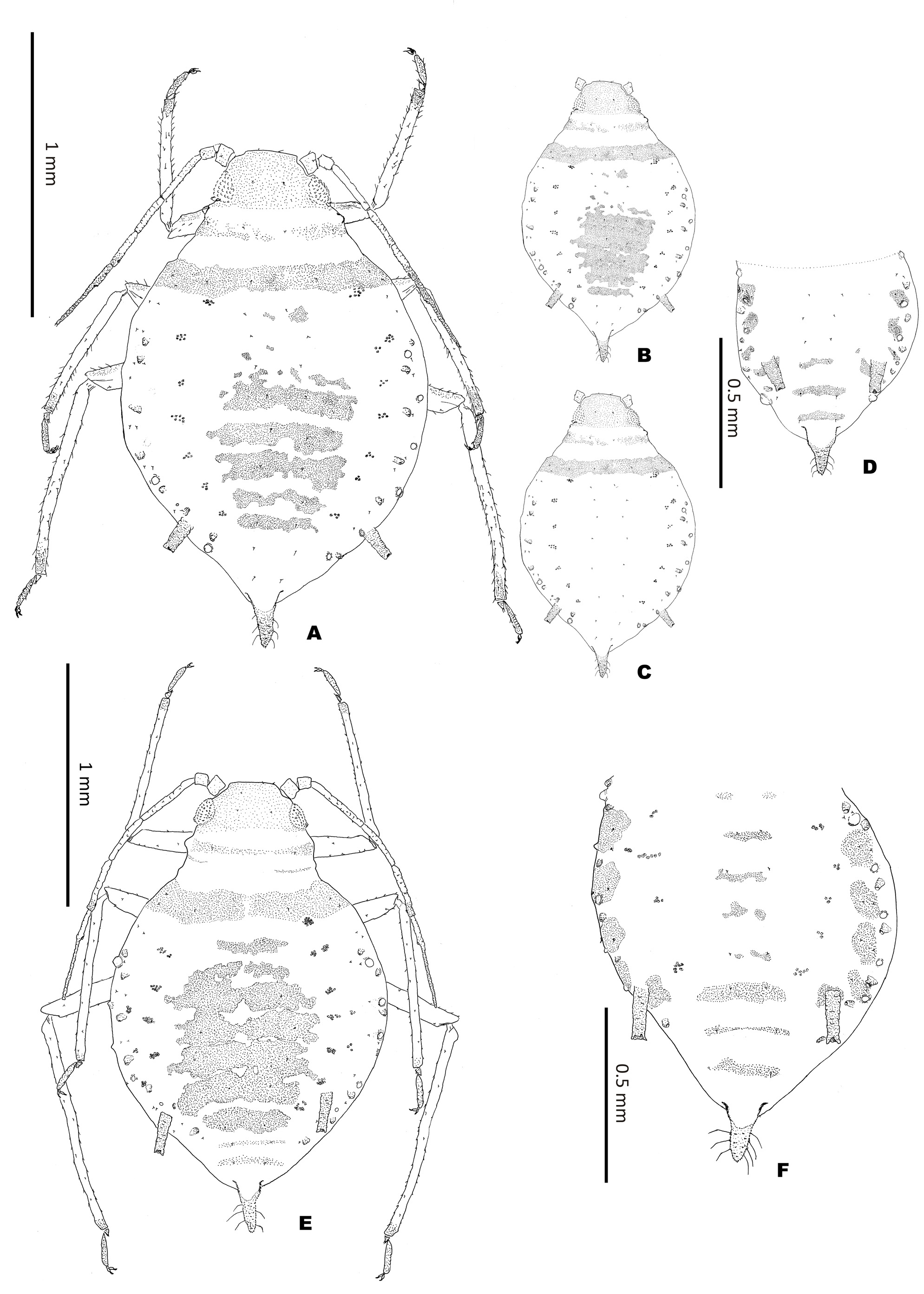 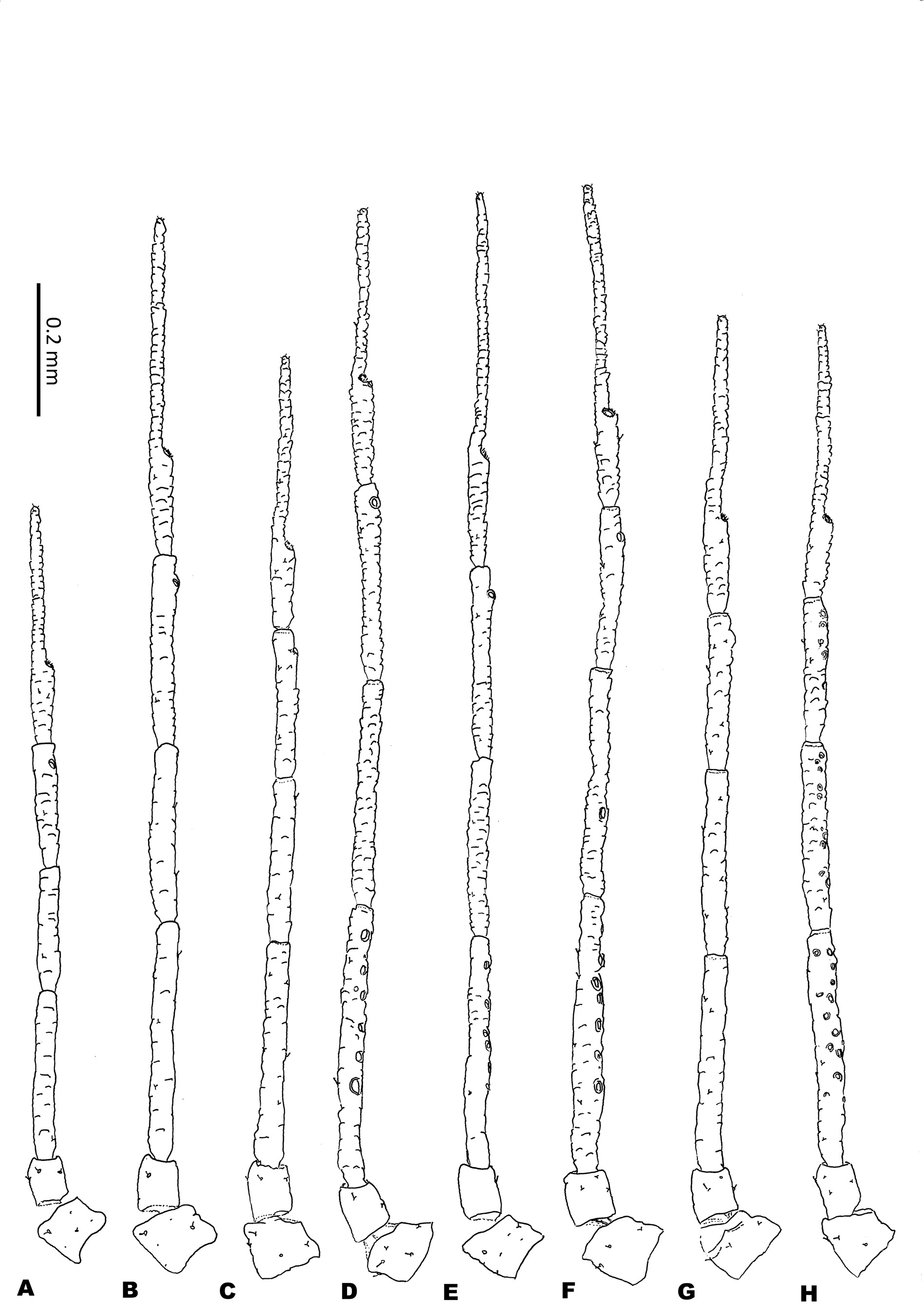 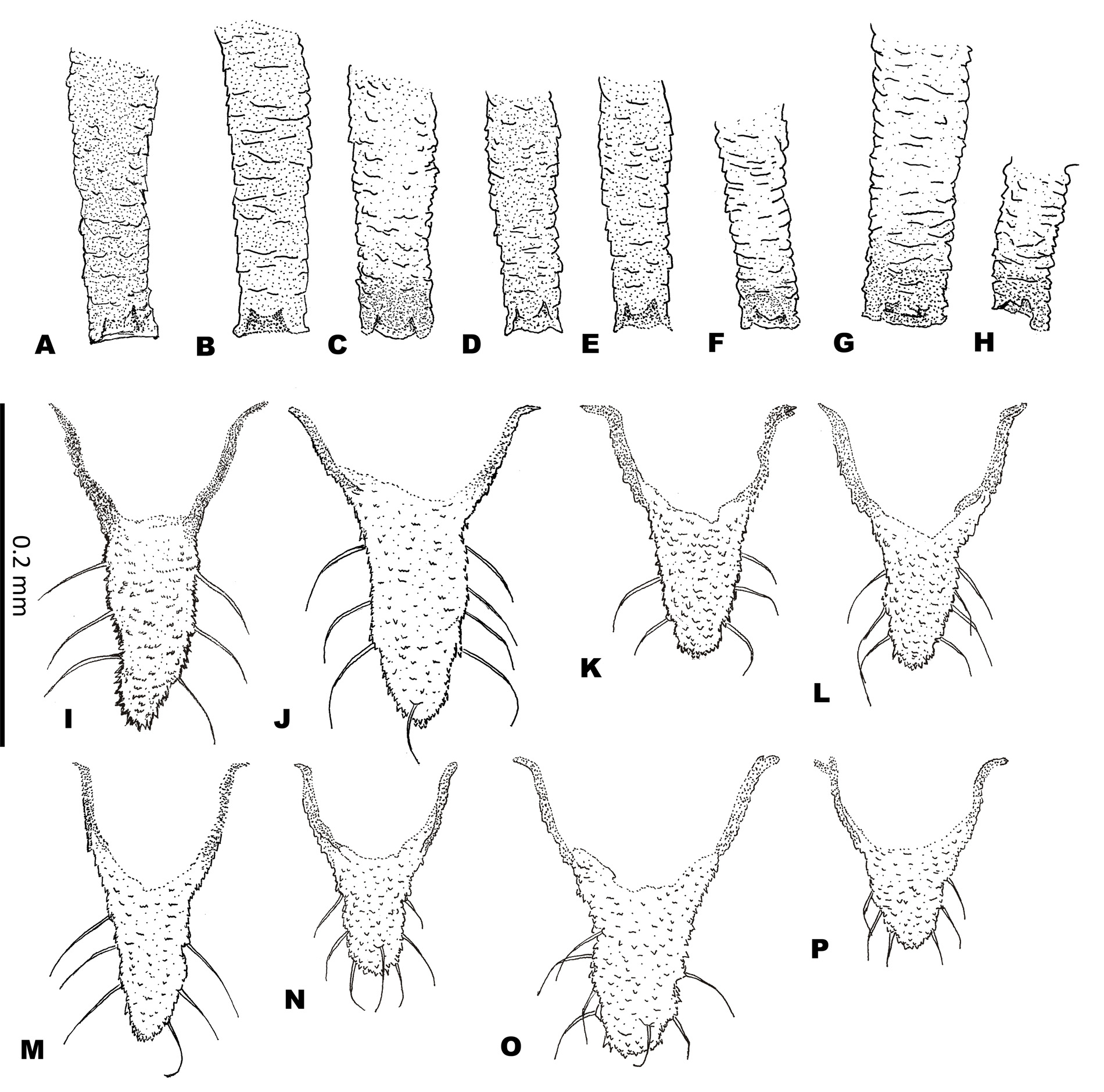