Etymology. The species name honors the Yuko people who inhabit the region near the type locality. The name is used as a noun in apposition.

Diagnosis. The aedeagal structure of A. yuko is similar to that of A. arcabuca Zúñiga & Stark 2006 (in Zúñiga et al. 2006,) and to A. tejon Baena & Stark 1999 (in Stark et al. 1999), but it differs from both in the lateral profile of the apical aedeagal region. In the new species this structure projects more strongly away from the aedeagal body ( Fig. 15 View Figs ), whereas, in the two known species, this process is more dorsally oriented. The new species is more similar to the former species but is smaller (17.5 mm forewing in A. tejon ), has a more defined keel and less pronounced scalloping along the anterior margins.

Comments. This new species is the second Anacroneuria to be reported from the Serranía de Perijá range which forms part of the border between northwestern Colombia and adjacent areas of Venezuela (see comments under A. paleta above). The collection site for the holotype lies on the northwestern slope of the mountain range and is in the drainage basin of Rio Cesar which enters the Magdalena River and the Colombian Caribbean. This mountain range is considered part of the biogeographic unit known as the Cinturón árido Pericaribeño. 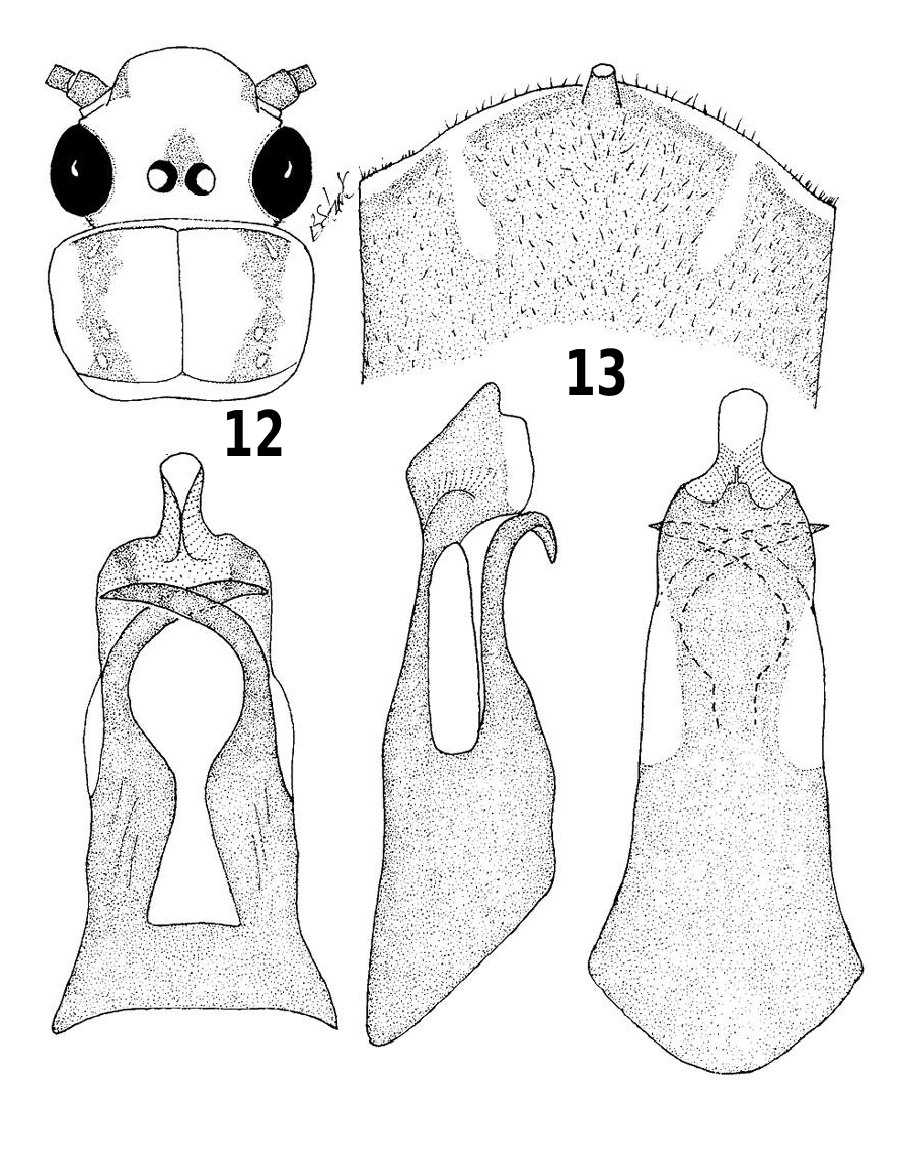