Adult habitus. General color dark on head and pronotum and yellow-brown over meso and metathorax and abdomen. Head dark over central frons and yellow brown on anterior half of frons; antennae black ( Fig. 17 View Figs ). Pronotal disc dark except for pale anterolateral area. Wings with dark pigment over most of membrane, but with a pale circular window spot beyond cord which extends from above Rs vein to at least the first median vein (Fig. 19); coastal area pale from base to end of Sc vein. Legs mostly black, but hind femora banded, dark apically and pale in basal half.

Comments. This species is another small, dark, distinctively pigmented and unassociated female Anacroneuria . Although several similar females have been described in previous studies (e.g. A. wapishana Stark, 1999 ), this specimen appears distinct from these. The informal designation “VZ-13” indicates this is the thirteenth Anacroneuria species from Venezuela to be provisionally recognized from unassociated females or larvae ( Stark 1995; Maldonado et al. 2003). The collection site is within a national park in the mountainous region of Lara and Portuguesa states. Vegetation in the highlands is cloud forest and streams in this area enter the Orinoco River basin. 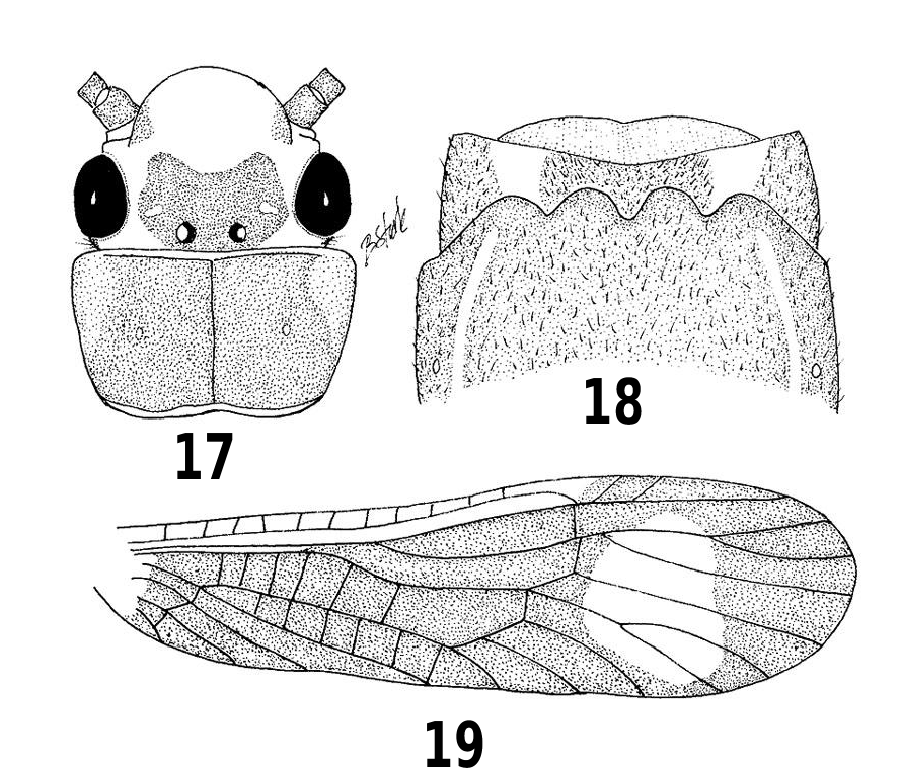