Etymology. The species name, used as a noun in apposition, is based on the Venezuelan state in which the holotype was collected.

Diagnosis. The dorsal keel of the new species is almost identical to that of A. toni Zúñiga & Stark 2002 , but the aedeagus of that species has a slight subapical constriction causing the truncate apex to be wider than the subapical area. In A. barinas , the lateral subapical aedeagal margins narrow to a slightly emarginate apex ( Figs. 3-5 View Figs ).

Comments. One of us (BPS) first studied the specimen now designated as holotype from the Monte L. Bean Life Science Museum, Brigham Young University, in 1998, and labelled it “ Anacroneuria n. sp. ” Recently, it was returned for additional study through the courtesy of R.W. Baumann, and a second specimen, collected by S.L. Wood from a nearby site was also included. Both sites are located in the Cordillera de Mérida, the highest mountain range in the Venezuelan Andes. The species is a member of the A. aymara complex ( Maldonado et al. 2002; Zúñiga & Stark 2002; Zúñiga et al. 2006; Stark et al. 2012), which currently includes the species listed in Table 1 View Table 1 . Distributions (by Department, Province or State) for these 12 species are shown in Figs. 20-23 View Figs . The key below will assist in recognition of male specimens assigned to this complex. 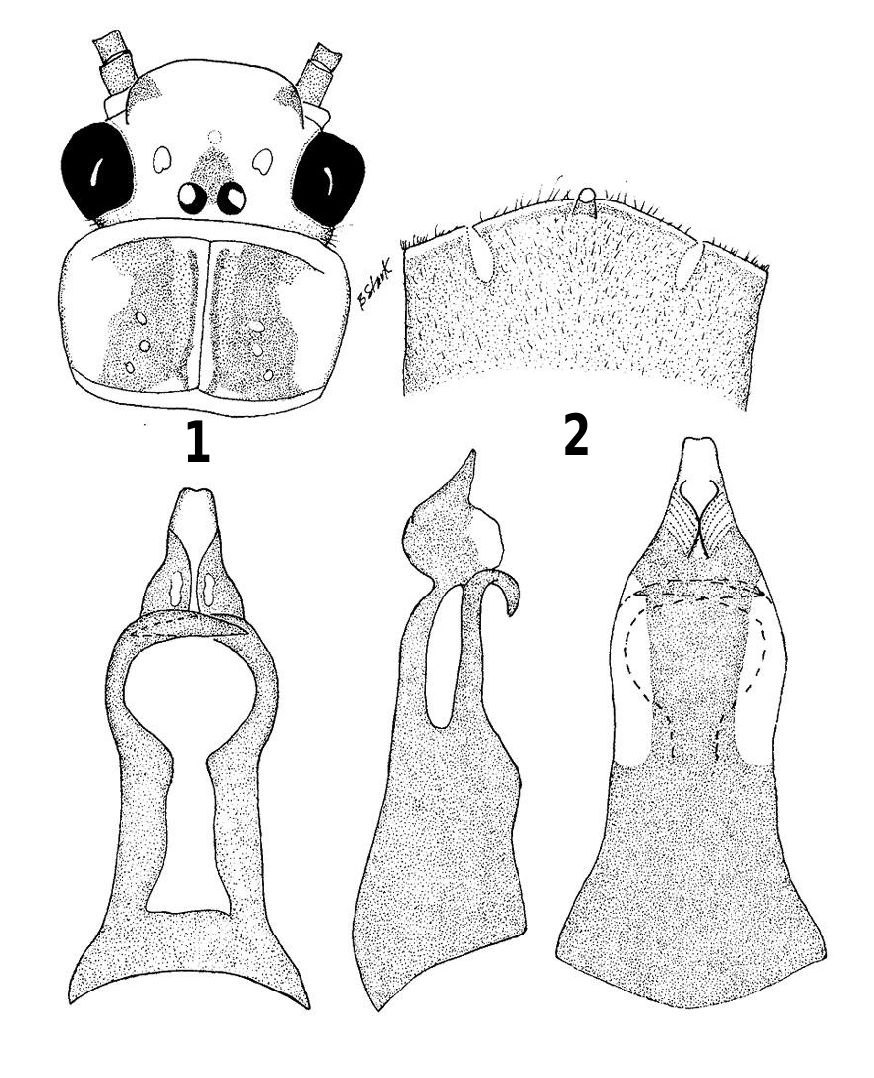