Hemelytra sharply enlarged at base, much larger than the abdomen beneath, outer margin serrate, strongly bent downward; costal area large, extending outside the surface of the abdomen beneath, with two swollen parts on outer margin, one on anterior part, and one at half the length, seven to eight areolae wide at widest part, areolae small and round at anterior half, large and polygonal at posterior half; subcostal area narrow, uniseriate, areolae small and round at anterior half and just above external margin of abdomen, with large and subquadrate areolae on posterior half; discoidal area swollen, short, not reaching half the length of hemelytra, seven areolae wide at widest part, areolae smaller anteriorly than posteriorly; sutural area wide, three areolae wide at widest part, areolae large and subquadrate.

Etymology. The name of this species refers to the plant ( Pandanus  spp.) on which the specimens were found.

Comments. This species was found on Pandanus  species in dry forest in the Namoraka Tsingy formation. It differs from the only other species of this endemic genus, M. ursulae Lis  , by the longer occipital spines, converging anteriorly and surpassing forwards the base of the median spine, the paranota slightly wider, including larger areolae opposite to the calli, and the subcostal and discoidal areas are distinctly separated. 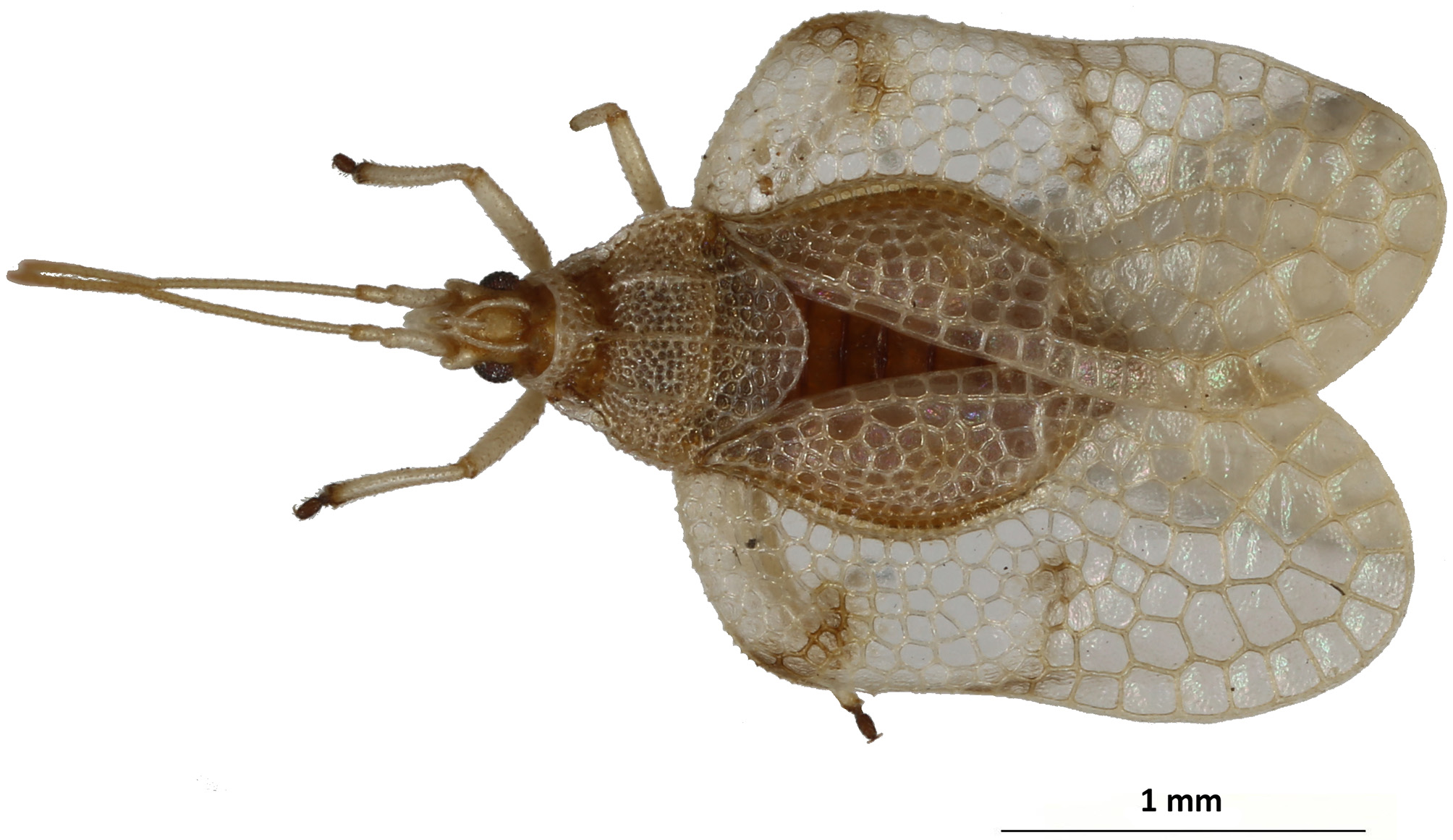