Fieberiellini   are medium sized, tawny to brown leafhoppers. They can be identified by the forewing lacking an appendix, forewings not overlapping, connective T-shaped and with a distinct stem, style

*Sternite VIII is almost always folded beneath and concealed by sternite VII in Deltocephalinae   and is often membranous or reduced; thus, when the pygofer and ovipositor are in their resting positions, sternite VII appears to be the one immediately basad of the genital capsule. Meyer-Arndt & Remane (1992b) pointed out the unique configuration in Fieberiellini   but identified the entire structure (comprising sternites VII and VIII) as sternite VII.

Distribution: endemic to the Palearctic region and adventive in the Nearctic region ( Fieberiella florii Stål, 1864   in North America). Fieberiellini   are most diverse in the southern Palearctic region, especially the Mediterranean subregion, and have host plants in a number of different families as documented by Meyer-Arndt & Remane (1992b).

Fieberiellini   contains 10 genera and 48 valid species. Meyer-Arndt & Remane (1992a, b) produced a detailed revision of the tribe in which they illustrated the species, documented host plants and geographic ranges, clarified the morphological characterization and circumscription of the tribe, and proposed phylogenetic relationships among the genera. Phylogenetic analyses suggest that Fieberiellini   is a relatively early diverging lineage of Deltocephalinae   , and retains plesiomorphic characteristics of the male genitalia. It appears to be related to the monotypic Neotropical tribe Luheriini   , with which it shares some morphological characteristics. However, the divergent 28S rDNA sequence of Luheria constricta   and difficulty in amplifying some regions have confounded an exact and confident phylogenetic placement of the group. Fieberiella florii   is adventive in North America and is a vector of the western strain of North American aster yellows, Western and Eastern X-disease of peach, and Western X-disease yellow leaf roll strain. Cechenotettix quadrinotatus (Mulsant & Rey, 1855)   is a vector of yellow decline of Lavandula   .

Phycotettix   was listed in Fieberiellini   by Oman et al. (1990). It was not treated by Meyer-Arndt & Remane (1992a, b) and is removed from the tribe here and placed in Athysanini   . It does not possess any of the characters that define the tribe. 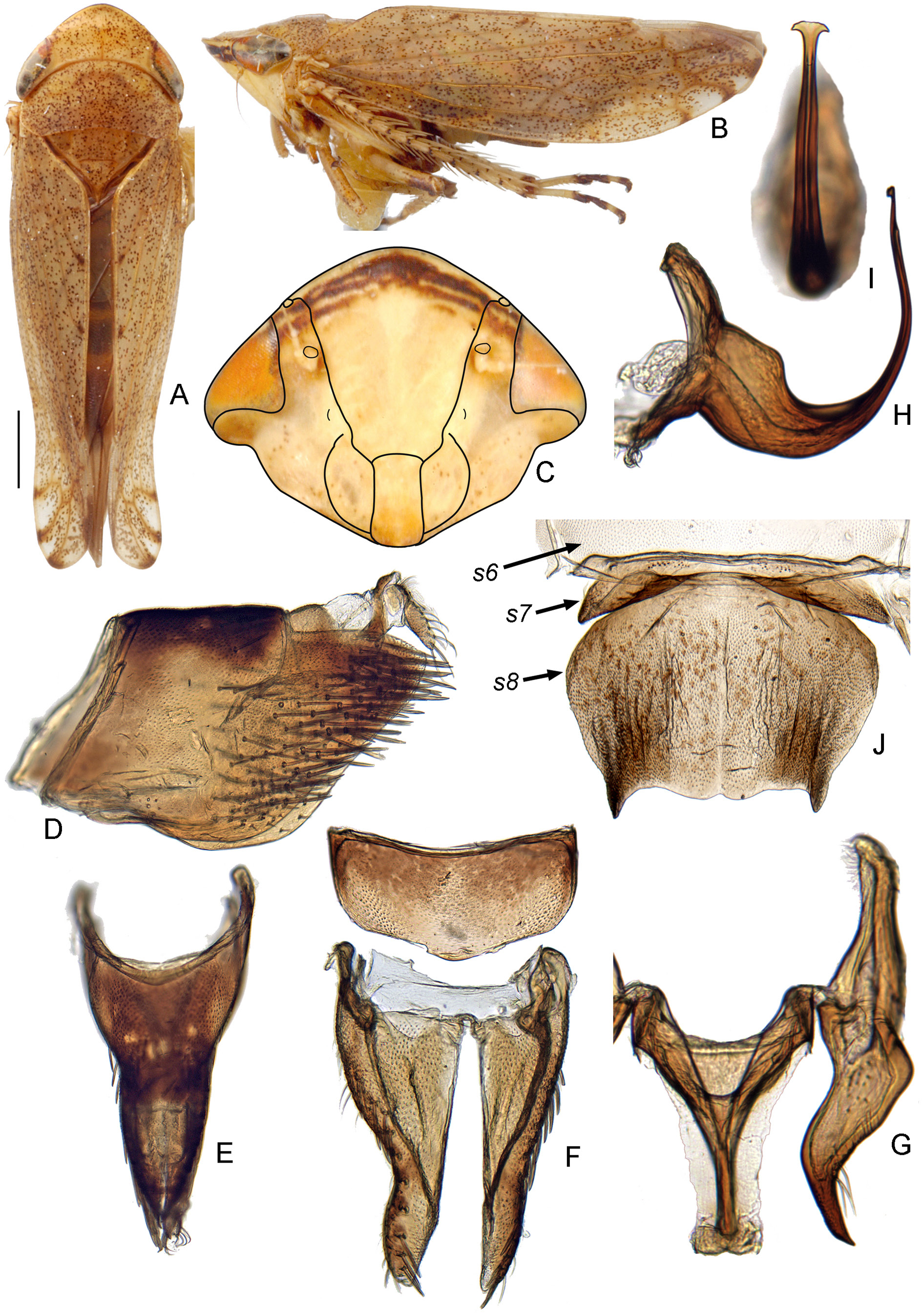