Occinirvanini are medium sized, elongate, bizarrely shaped, ivory and orange colored leafhoppers, with some fuscous coloration on the forewing apex. They can be identified by the elongate head, ocelli on the crown, ocelli very distant from eyes, foliaceous anterior margin of the head, very long antennae, antennal bases situated very high on the face anterad of the eyes, face strongly concave, and metatarsomere I plantar surface with platellae.

LEGS. Profemur short, stout; with AM 1 seta only; intercalary row with one row of five or more fine setae; row AV without setae or with few short, stout setae. Protibia dorsal surface flat, AD and PD margins at ~90º angles but not carinate. Metafemur apex macrosetae 2+2+1. Metatarsomere I not expanded apically; plantar surface with one or more platellae.

Distribution: Western Australia. The only known species, Occinirvana eborea Evans, 1941   , has been collected on Casuarina   .

Occinirvanini contains only the type genus with one species. The male genitalia of Occinirvana   are illustrated and described here for the first time, and the phylogenetic analyses here are the first to include molecular data for the tribe. The male genitalia are for the most part typical for Deltocephalinae   . The pattern of setae on the subgenital plate and the dorsal connective are somewhat unique. The characters of the male do not obviously suggest a relationship with other deltocephaline tribes or genera, but the molecular data very strongly supported a relationship with Loralia   ( Athysanini   ), another Australianendemic genus. The clade is placed in slightly different positions among the different analyses but always basal to the large derived deltocephaline clade shown in Fig. 3b View Fig . Despite this intriguing result, no unique morphological synapomorphies could be identified that would unite these two genera in a common tribe. Further study of these and other unique Australian taxa (e.g., Euleimonios Kirkaldy, 1906   , Gunawardenea Fletcher & Moir, 2008   and Occiplanocephalus Evans, 1941   ) should be conducted to explore their relationships to each other and to other Deltocephalinae   , particularly since these three genera have some unique features of the male genitalia in common with Loralia   (but not with Occinirvana   ). For now, Occinirvanini is retained as a monotypic tribe pending further study. 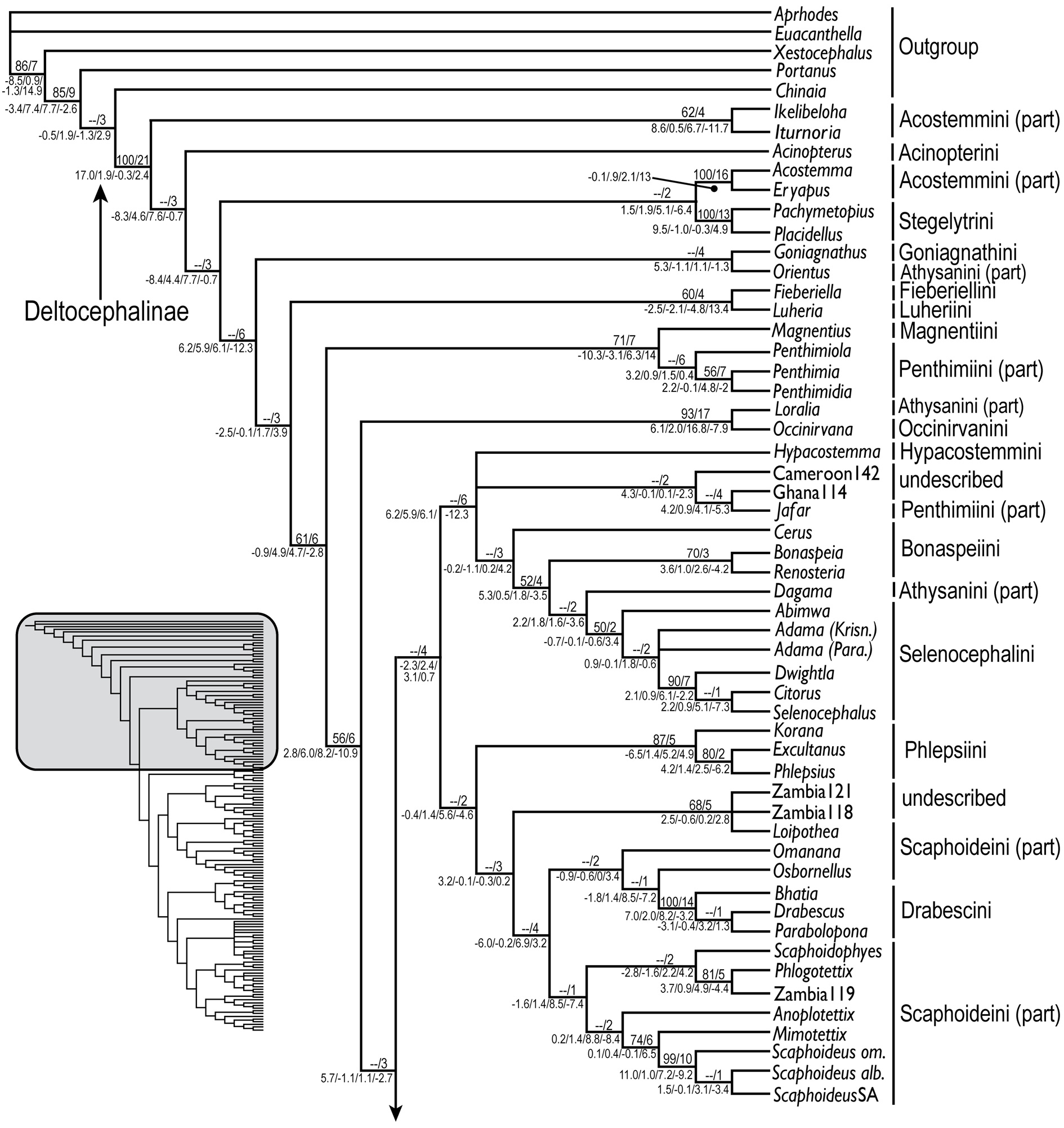