Magnentiini contains 2 genera and 4 species. Although it bears a strong superficial resemblance to Nionia   , it was transferred from Nioniinae   to Deltocephalinae   by Zahniser & Dietrich (2010) based on the deltocephaline-like male genitalia.

Magnentius   was included here for the first time in analyses with molecular data. The placement in Deltocephalinae   was supported in analyses here as it was resolved with moderate to strong branch support (MP BS=71, DI=7) as sister to three Penthimiini in MP analyses and sister to two Penthimiini in ML and Bayesian analyses with strong support (ML BS=93, PP=1.0, respectively). Some characters that are unusual among Deltocephalinae   , including its robust appearance, ocelli distant from the eyes, strong antennal ledges, and forewing appendix extending around the wing apex, support its relationship to Penthimiini. 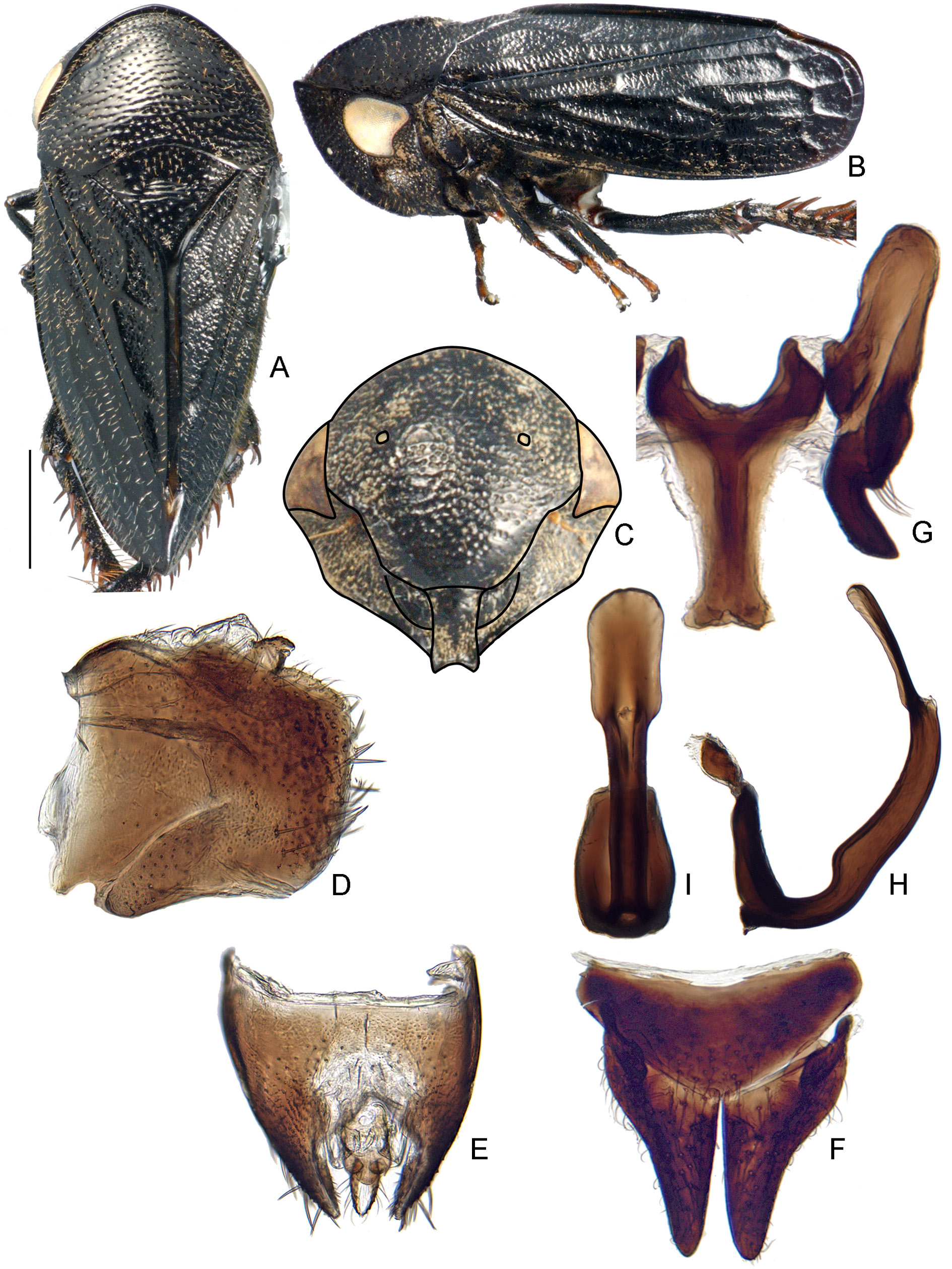