Penthimiini are medium sized to large, squat, robust, often black or brown leafhoppers; often with ventral part of face and/or entire ventral side flattened and dorsal side convex. They can be identified by the ocelli on the crown and often distant from the eyes, strong antennal ledge, dorsally flattened and carinate protibia, and forewing with appendix large and extending around the wing apex.

LEGS. Profemur with AM 1 seta only or with AM 1 and with one or more additional proximal setae; intercalary row with one row of five or more fine setae; row AV usually with thin, hair-like setae or without setae, more rarely with short, stout setae or with relatively long macrosetae. Protibia dorsal surface flat, AD and PD margins sharply carinate or at ~90º (not rounded). Metafemur apex macrosetae 2+2+1. Metatarsomere I not expanded apically, plantar setae simple, tapered.

Penthimiini contains46 genera and 203species.It is a relatively early diverging lineage of Deltocephalinae   but has the typical derived deltocephaline characters of the male genitalia (pygofer with basolateral membranous cleft, Y -shaped connective, and style broadly bilobed basally). The phylogenetic analyses included 4 exemplars of the tribe as circumscribed here ( Penthimia   , Penthimidia   , Penthimiola   , and Jafar   included in analyses; Citorus Stål, 1866   is removed from the tribe based on these analyses). Parsimony analyses resolved the former 3 exemplars as monophyletic and sister to Magnentius Singh-Pruthi, 1930   , while ML and Bayesian analyses resolved Penthimidia   and Penthimiola   together and Penthimia   in an uncertain position elsewhere in the tree. It is unclear why Penthimia   does not always group with other penthimiines in phylogenetic analyses, but based on the morphological evidence supporting Penthimiini as a taxon, we suspect that the phylogenetic placement of Penthimia   in the ML and Bayesian analyses is artifactual. Jafar   was also included for the first time and grouped with one or two undescribed African genera, somewhat distant from other Penthimiini but with no branch support. Because its phylogenetic position is uncertain, and because it possesses several characters diagnostic for the tribe (large and robust body, ocelli on crown, inflated frontoclypeus, strong antennal ledges, and dorsally flattened and bicarinate protibiae), it is retained in the tribe pending further study.

Citorus   , which was previously included in Penthimiini based on its body shape and large forewing appendix, was found with strong branch support to be more closely related to Selenocephalini   ( Dwightla   and Selenocephalus   ). Based on the phylogenetic results and on some morphological characters that differ from Penthimiini (anterior margin of the head with distinct sharp carinae, ocelli on anterior margin of head and close to eyes, antennal ledge not very strong or ledge-like) it is transferred to Selenocephalina here. The squat, robust body form and large appendix are similar to Penthimiini but these are apparently convergent characters in this case. 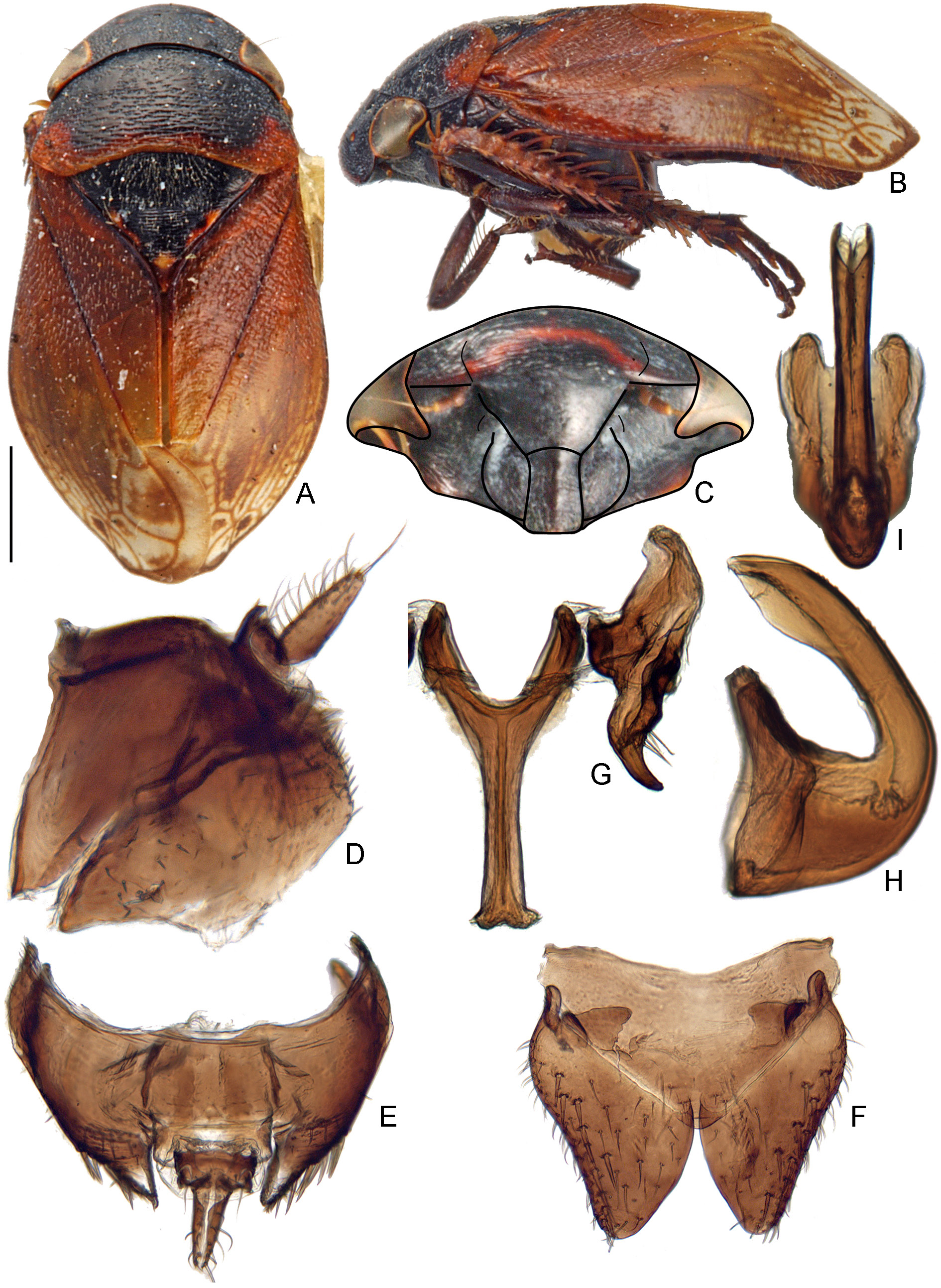