Tetartostylini   are medium sized, somewhat elongate, straw colored to greenish leafhoppers. They can be identified by the tapering or parallel-sided clypellus, subgenital plates fused to valve and with apices modified into sharp spines, connective with anterior arms closely appressed anteriorly, connective articulated with a pair of long processes, connective articulated with aedeagus, female sternite VII long, ovate or subovate.

Tetartostylini   contains the type genus and 11 species. It is resolved as sister to the Paralimnini   + Deltocephalini   clade in all phylogenetic analyses conducted thus far, with moderate to strong branch support. With those two tribes, it shares a tapered clypellus and a ‘linear’ connective. Further taxon sampling in Paralimnini   could indicate that it belongs in that tribe. For now, the continued recognition of the tribe is supported by phylogenetic analyses. Dmitriev (2003) included Hiltus Theron, 1974   in the tribe based on nymphal characters, but because this genus does not have the subgenital plates fused to the valve and pseudostyli articulated with connective, we follow Theron (1974) in placing that genus in Paralimnini   .

The species figured in Fig. 55 View Fig A-B, D-J is perhaps referable to T. acutus Heller & Linnavuori, 1968   described from Ethiopia. A series of four males and three females ( INHS) were collected from: ZAMBIA: Northwestern Prov., ~ 28.5 km N of Mwinilunga, 11°30’16.1” S – 24°22’44.8” E, Chitunta plain grassland, 1384 m, 5-7 Nov. 2007, ZA-03, sweep, JN Zahniser. This series shares with T. acutus   a similar shape of the female sternite VII and similar coloration of the face. However, T. acutus   was described based only on a female specimen. The females examined here are somewhat shorter (4.8- 4.9 mm) than that described by Heller & Linnavuori (5.5 mm). For now, the Zambian specimens are tentatively identified as T. acutus   , but confirmation by comparison to the type is needed. The specimens were collected in a native Zambian grassland from which numerous other undescribed species of Deltocephalinae   have been identified (e.g., Doratulina dmitrievi   sp. nov., below). Further exploration of the central and east African grasslands will likely reveal a rich, nearly completely undescribed fauna of Deltocephalinae   . 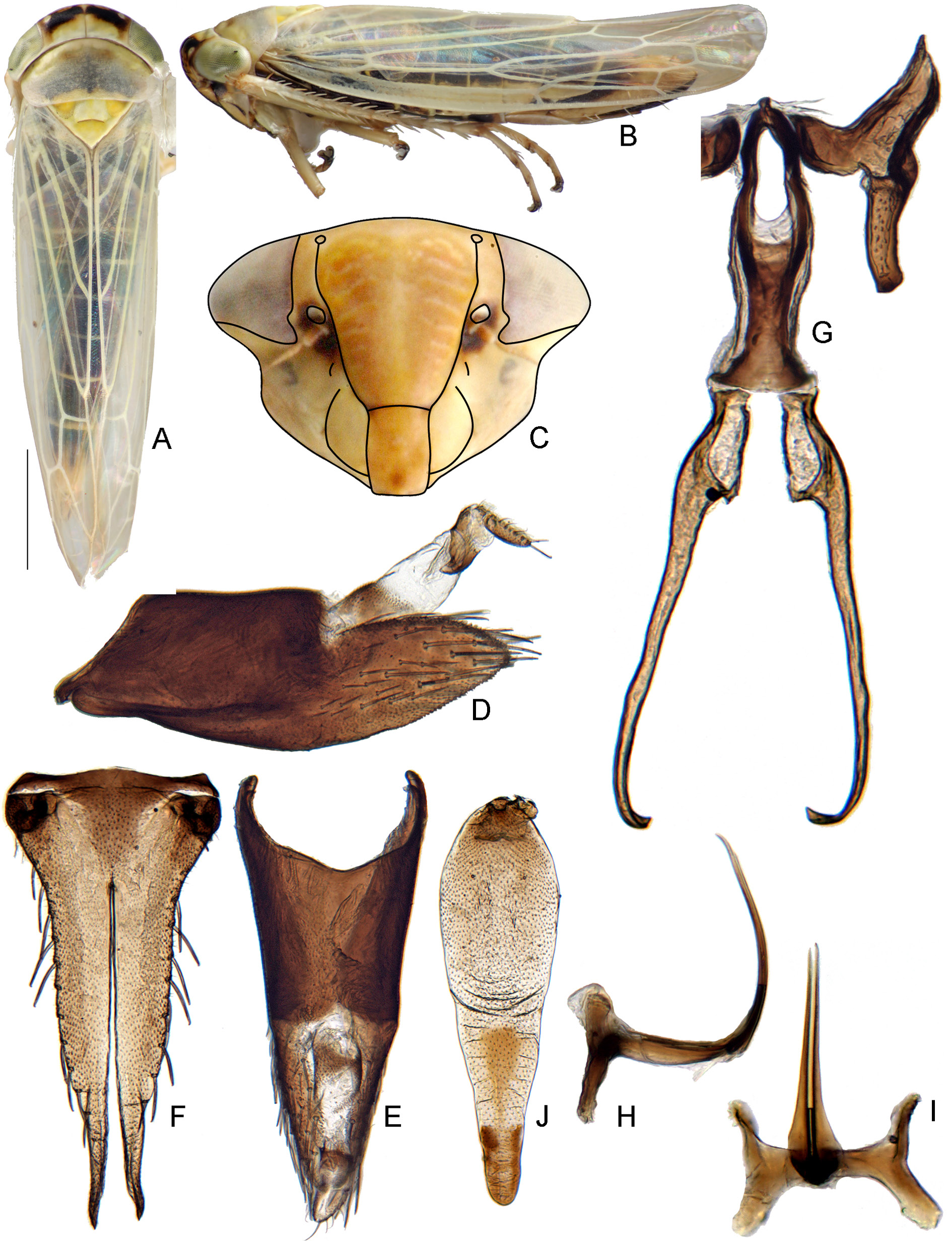