Stegelytrini   are medium sized to large leafhoppers, sometimes very robust, setose, and flylike in appearance. They can be identified by the head usually much narrower than the pronotum, eyes encroaching onto the pronotum and lying above lateral carinae of pronotum, antennae usually very long, clypellus often with pair of stout subapical setae, legs with supernumerary setae, profemur row AM with AM 1 plus two or more additional macrosetae, metatibia dorsal surface with extra setae between rows AD and PD near base, valve often with long length of articulation with pygofer, connective with anterior arms widely divergent, and style linear.

LEGS. Legs often with supernumerary thin and thick setae. Profemur with AM 1 and with two or more additional proximal setae; intercalary row with one row of five or more fine setae, or setae scattered, not in one row; row AV with relatively long macrosetae. Protibia dorsal surface rounded, convex. Metafemur apex macrosetae 2+2+1 or 2+2+1 and with additional proximal macrosetae and/or with extra macrosetae clustered near apex. Metatibia dorsal surface with extra setae between rows AD and PD, especially near base; dorsal side often distinctly wider at base than at apex. Metatarsomere I not expanded apically; plantar setae simple, tapered.

MALE GENITALIA. Valve articulated with pygofer or rarely fused to pygofer; lateral margin often relatively long and with long length of articulation with pygofer, or sometimes lateral margin short, articulating with pygofer at a point. Pygofer basolateral membranous cleft often absent, rarely present; macrosetae absent or reduced (≤ two rows) or well differentiated into several rows. Subgenital plates free from each other; articulated with valve; without macrosetae or with macrosetae scattered, irregularly arranged, or uniseriate, distant from lateral margin. Style linear, median anterior lobe not pronounced. Basal processes of the aedeagus/connective absent or reduced or present, connected or articulated to connective or near base of aedeagus. Aedeagus with single shaft and gonopore. Connective anterior arms widely divergent, T -shaped or plate-like; articulated with aedeagus.

Distribution: Palearctic and Oriental regions. Stegelytrini   have been collected on trees. Recorded host families include Fagaceae   and Lauraceae   . Aggregations of males have been observed on wet soil.

Stegelytrini   contains 30 genera and 83 species. It is the earliest diverging lineage of Deltocephalinae   , and its relictual status is reflected in the retention of primitive structures of the male genitalia such as the narrow style base and median anterior lobe of the connective. Many members of the tribe also have a suite of derived characters that are outwardly modified and produce a strange flylike or otherwise “hairy” appearance. The functional significance of these modified characters is not known, although some may be Batesian mimics of flies or bees. The tribe, which has been accorded separate subfamily status by some authors, was recently revised in a series of papers (see Selected references). We prefer to treat the group as a tribe of Deltocephalinae   to accentuate the strong phylogenetic support for its close relationship to other deltocephalines. 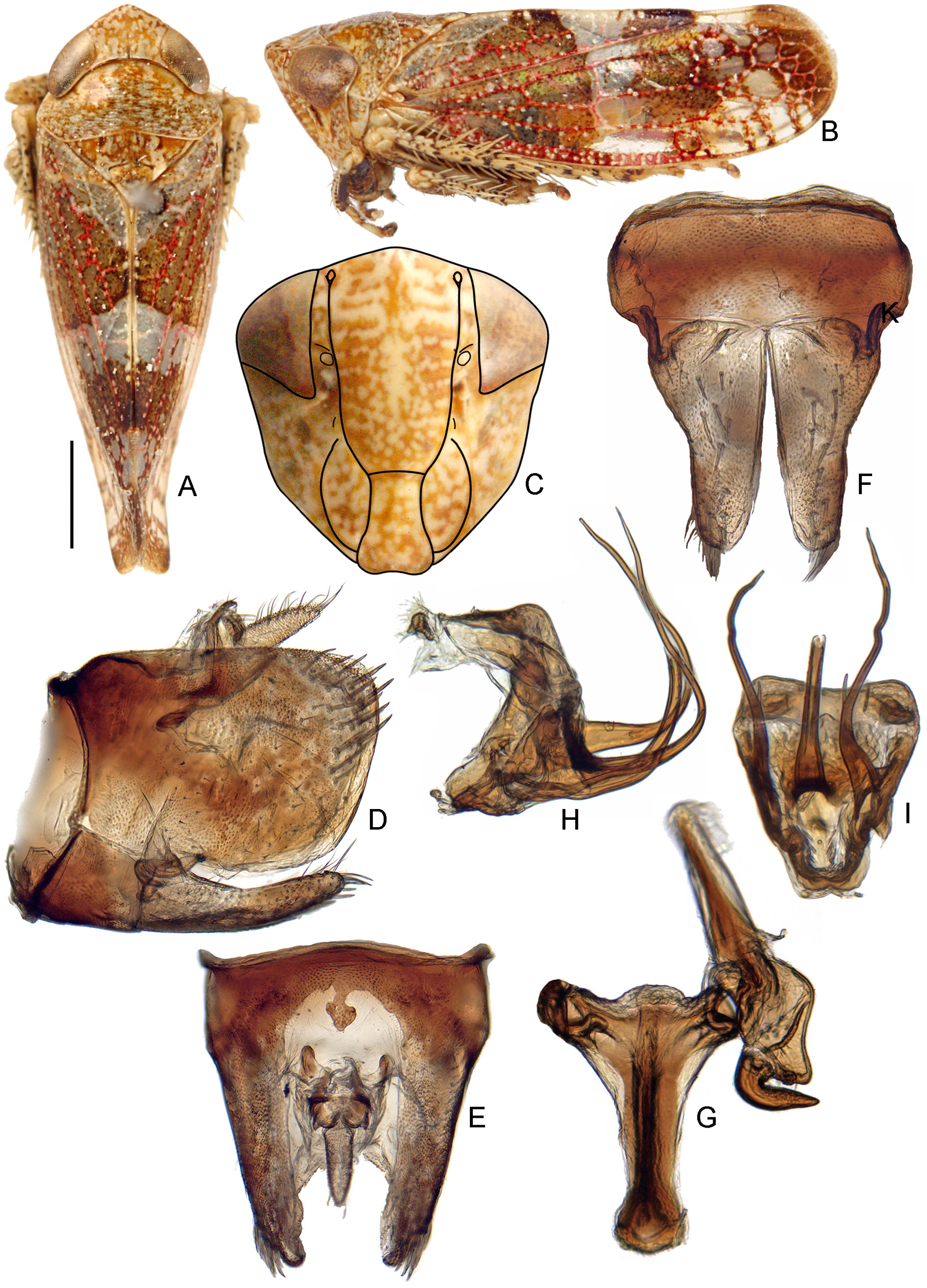