S. omani   can be distinguished from other species of the genus by the color pattern and the shape of the aedeagus. At least one other undescribed species with a very similar color pattern is known from sub-Saharan Africa, but differs from S. omani   in details of the color pattern, especially on the crown, mesonotum, and base of the forewing, and in the male genitalia.

This species is named in memory of Prof. Paul Wilson Oman, whose seminal work on the New World leafhopper fauna made the present work possible.

This species is placed in Scaphoideus   based on the following characters: forewing outer anteapical cell small, acuminate apically; forewing vein A1 strongly curved apically, meeting commissural margin at nearly right angle; connective with long pair of processes (in this case, processes are fused to each other basally and fused to connective); aedeagus disassociated from connective and connective processes. 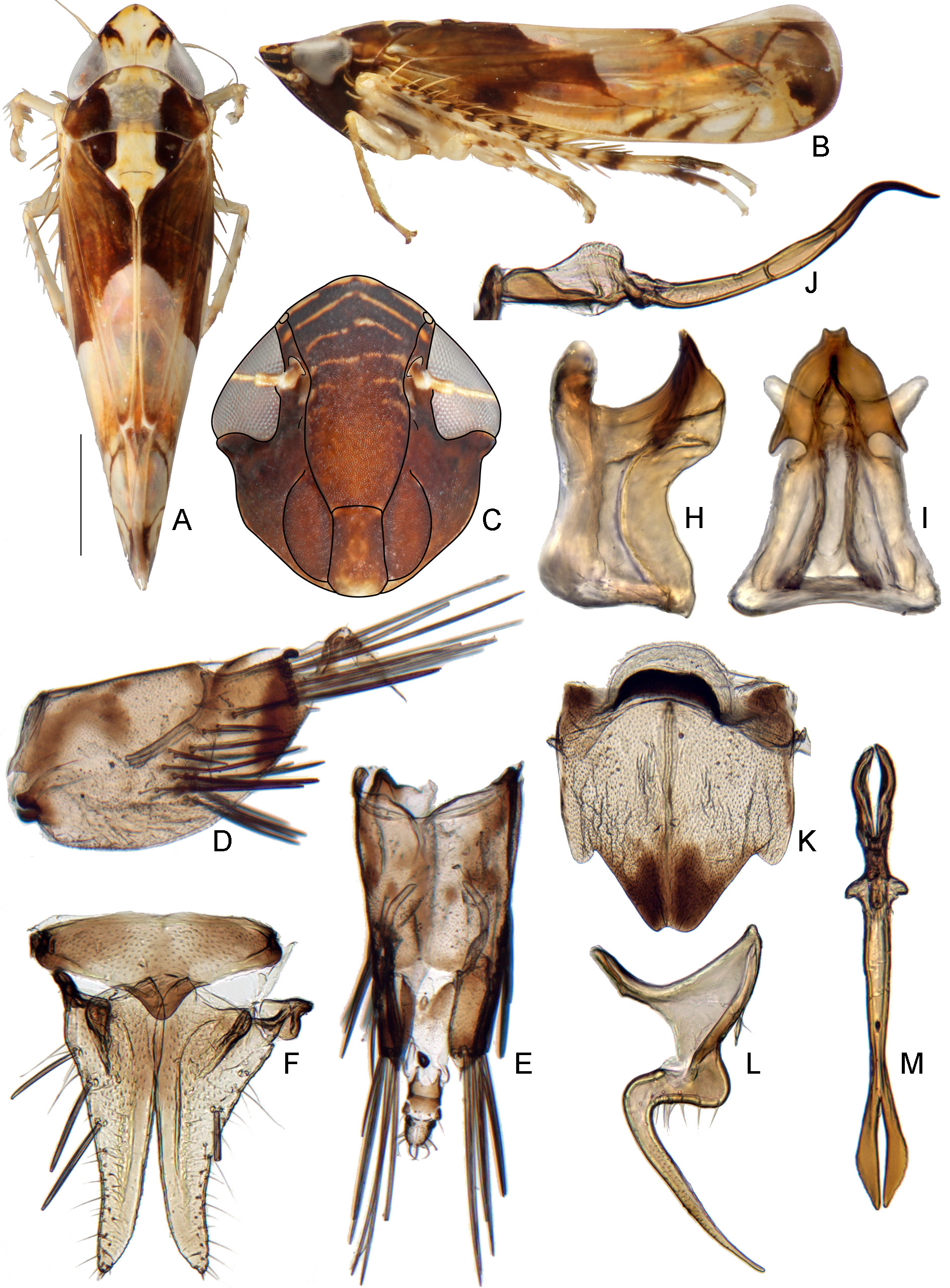