Since this specimen ( Fig. 13View FIGURE 13 F) seems to represent the first known male of this species, some doubts must remain concerning its identification. In three described Lichenochrus  species, the genicular lobes of the hind femora carry only small spines or they are unarmed ( Beier 1962) as in this specimen. So our specimen belongs to one of these three. From the first species, L. marmoratus Sjösted, 1901  , our male differs by the structure of the subgenital plate, in which the distal lobes are widely separated by a deep, rounded incision (much wider than in L. marmoratus  ; see Fig. 14View FIGURE 14 A, B). The other two species are known only from a single female each. One of them was found in West Africa ( L. servus Beier, 1954  ) and has a shiny black face and dark hind wings, two characters not seen in our specimen. So only L. congicus  remains with its type locality in the Kivu region. Most of the characters mentioned by Beier (1962) for the female are also true for the male except that it is not smaller than L. marmoratus  . Perhaps the tegmina are shorter, but the difference may be very small.

Song. The calling song ( Fig. 15View FIGURE 15) consisted of short echemes (duration 0,5– 0,8 s, syllable repetition rate 28–31 Hz; T = ca. 22 ºC). It was heard only at night (recording time 55 min, 8 echemes). The stridulatory file carries many small teeth, similar to other Pseudophyllinae  (e.g., Heller 1995). At its basal end it is running on a free bulge separated from the wing surface as also seen in other Pseudophyllinae  (e.g., Morris & Beier 1982, Montealegre-Z. & Morris 1999). The main energy of the song may be in the ultrasonic range. 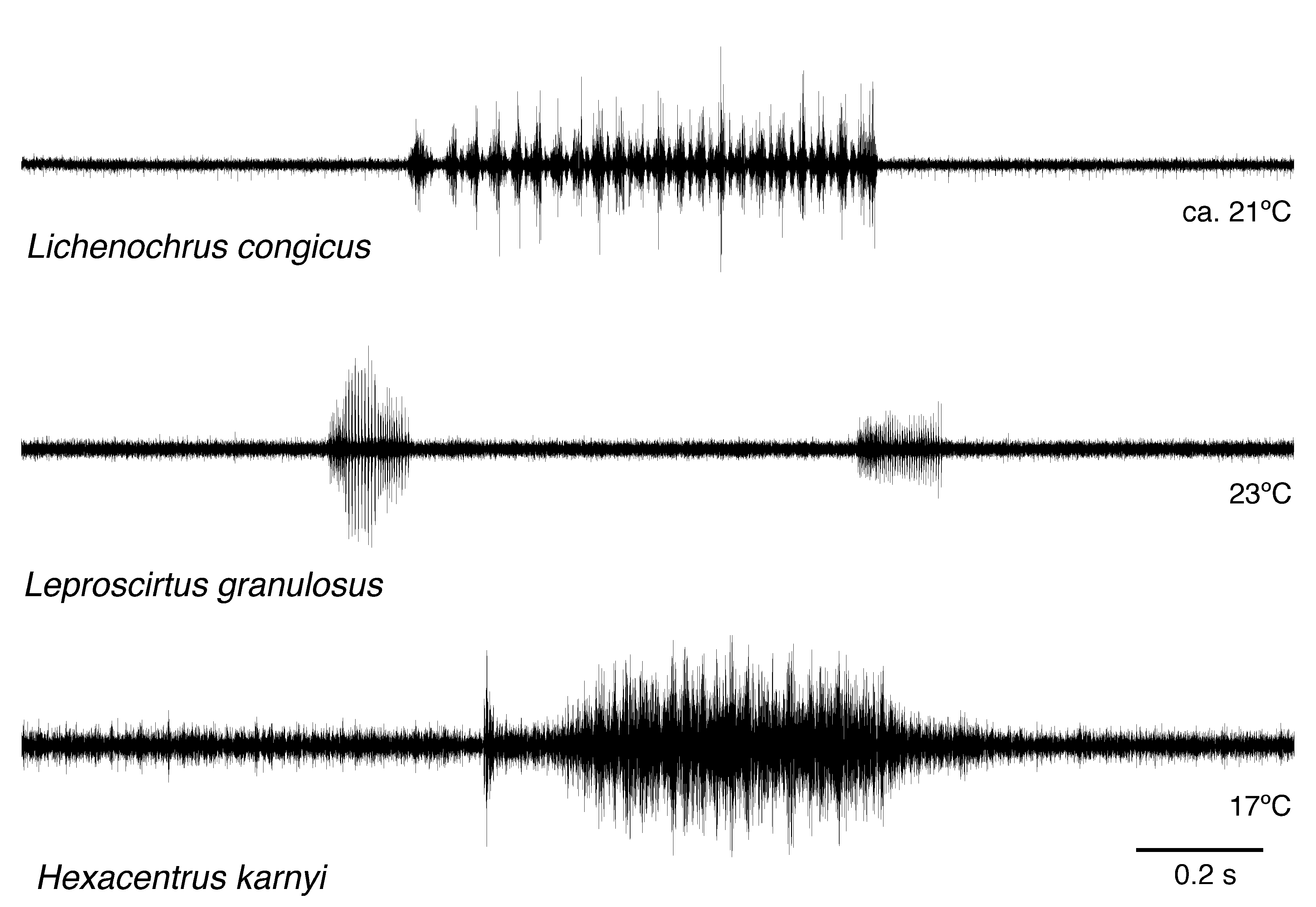