The large and colourful species ( Fig. 1View FIGURE 1 G; see OSF for more photographs of our specimens) was quite common at Irangi. It could be identified easily according to the cerci figures of three species ( Z. melanopeza  , Z. longicercus  , Z. biramosa  ) as given by Sjöstedt (1929). The type and only known specimen (female) of Z. centralis Rehn, 1914  is smaller than our (and all other known) specimens ( Table 7). In the male of Z. biramosa  , the second abdominal segment is unusually large, carrying on top many glands (?) with hairs. Its posterior edge is curved upwards. Similar structures can be found also on the much smaller first abdominal segment.

Song. The calling song was heard only at night. It consisted of single, isolated syllables ( Fig. 12View FIGURE 12) produced at relatively large intervals (in the laboratory 20–30 s). The narrow-banded spectrum has an extraordinarily low peak at 3.7 kHz with a second harmonic of varying intensity at 7.4 kHz ( Fig. 4View FIGURE 4; 500 Hz high pass filter). The peaks in the spectrum at 0.6 and 2 kHz result from continuous background noise. Due to our limited equipment the presence of ultrasonic components cannot be excluded, but the shape of the spectrum below 10 kHz should be correct.

The stridulatory file on the underside of the left tegmen showed no irregularities ( Fig. 5View FIGURE 5 D; CH 5007: ca. 128 teeth; interval in the middle 65 µm) and is in tooth number similar to Zeuneria melanopeza  (125 teeth; Leroy 1970). The lower right tegmen shows a large, transparent mirror ( Fig. 5View FIGURE 5 C). Its diameter is slightly larger than in the species Aerotegmina kilimandjarica Hemp  with a similarly low-frequent song, but much smaller body size (Heller et al. 2010). 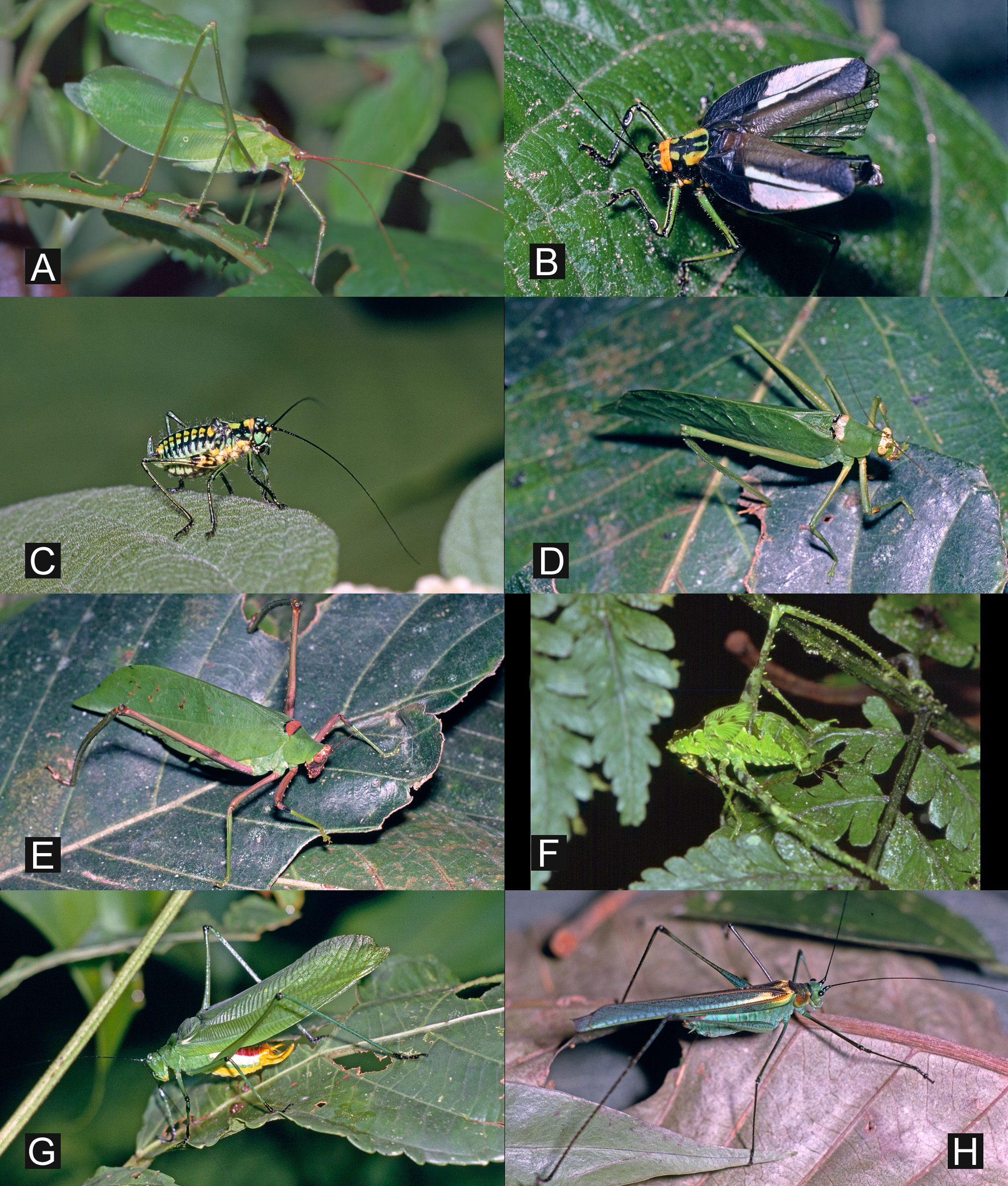 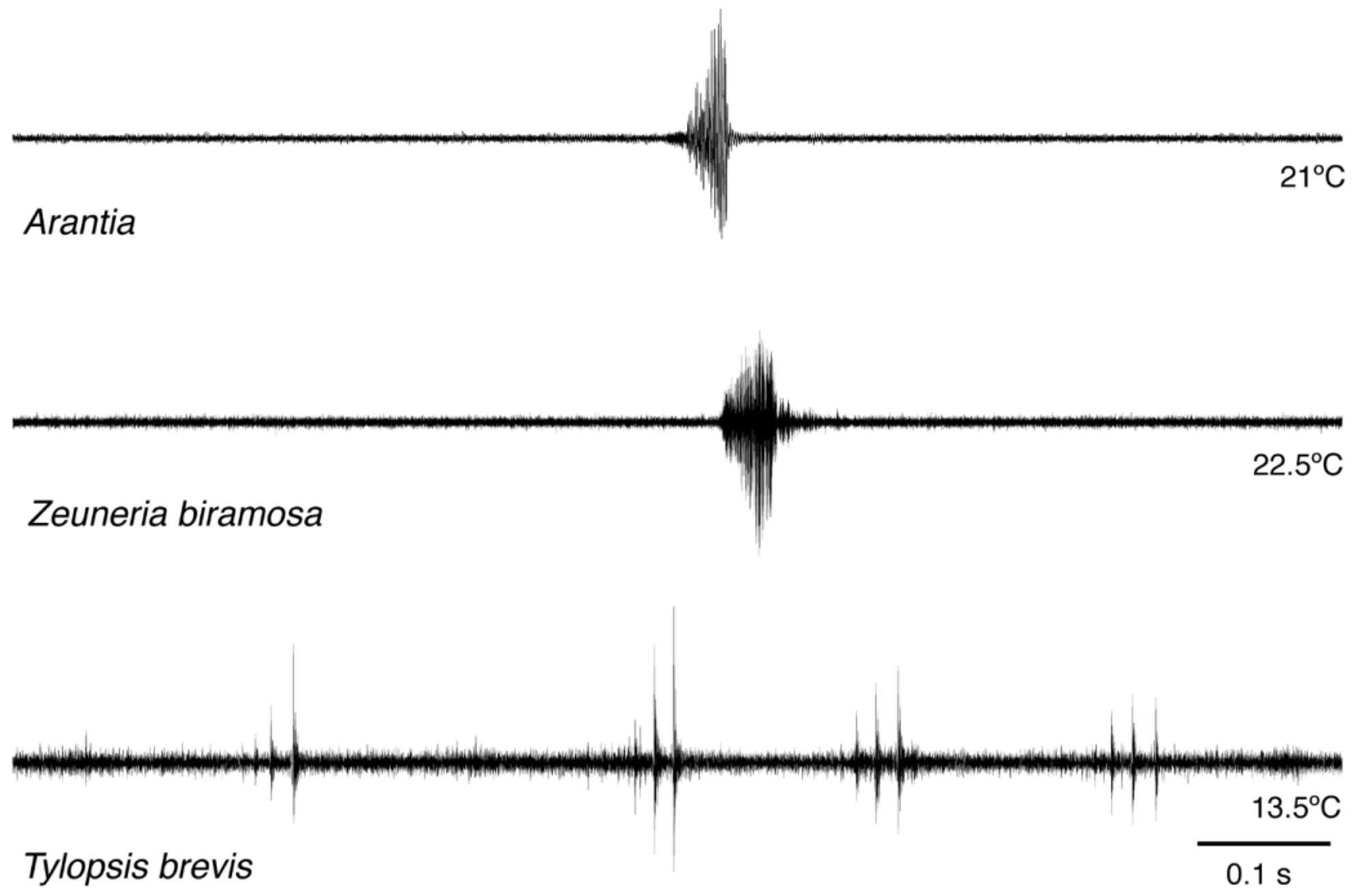