Etymology. The specific epithet comes from the Sanskrit word for sickle, “ lavitra  ” and refers to the sickleshaped parameres of this species.

Habitat. Metrocoris lavitra  was collected from a number of different freshwater ecosystems, including slowflowing streams, rivers, and forested pools. This species is common in the conservation areas of the Jalpaiguri District, such as the Chapramari Wildlife Sanctuary, the Chilapata forest, and the Buxa Tiger Reserve, all in West Bengal. This species prefers undisturbed, shady areas within the forest.

Comparative notes. This species does not fit well into to any currently defined Metrocoris  species group. It can be distinguished by its elongate body of more than 6 mm in length; the triangular interocular mark; the slender male fore femur, which bears a small tooth; the elongate, subquadrate abdominal tergum VIII in the male; and the elongate female abdominal sternum VII. 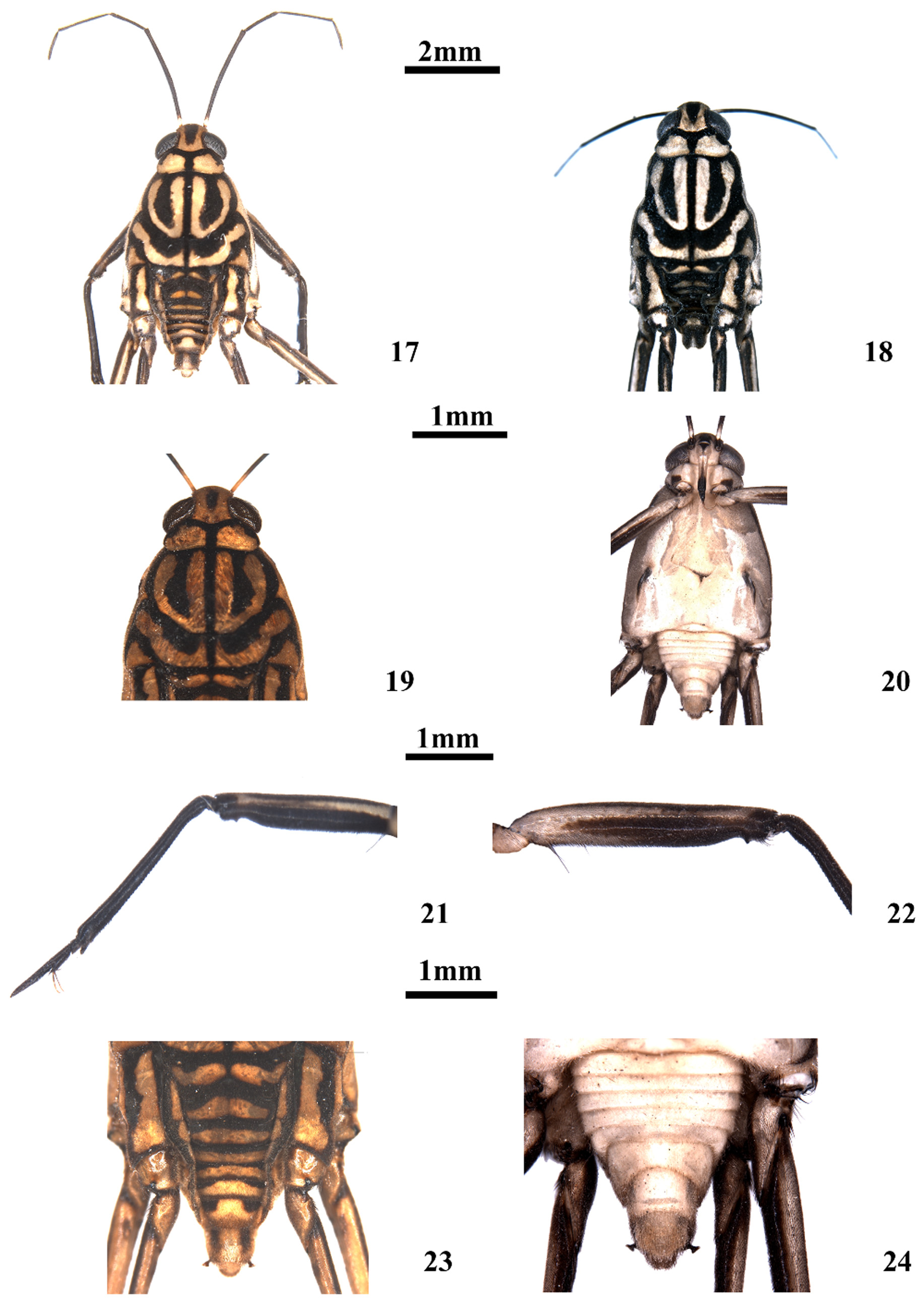