Diagnosis. Diagnosis is given according to the literature. Parthenogenetic female. General. Length of adult female 0.5–0.65 mm. Body regular oval, of moderate height, height/length ratio 0.64–0.72, maximum height at the middle. Ventral margin with about 40–50 setae. Postero-dorsal angle with about 100 setulae organized into groups.

Labrum. Labral keel of moderate width, with convex anterior margin and blunt or rounded apex, posterior margin of keel without clusters of setulae.

Taxonomic notes: According to Van Damme & Dumont (2008), O. weinecki  probably presents a speciescomplex as morphological differences are present between populations from different islands. But the species has not been revised at the moment.

Distribution. According to Van Damme & Dumont (2008) O valona weinecki  is distributed on islands of the Sub-Antarctic and Maritime Antarctic: Falklands, South Georgia, South Orkneys, South Shetland Islands, Prince Edward Island, Kerguelen, Amsterdam, Marion, Macquarie, Heard Islands. There are no records of the species from continents, but the absence of O. weinecki  in the southmost part of South America is not confirmed by modern data. 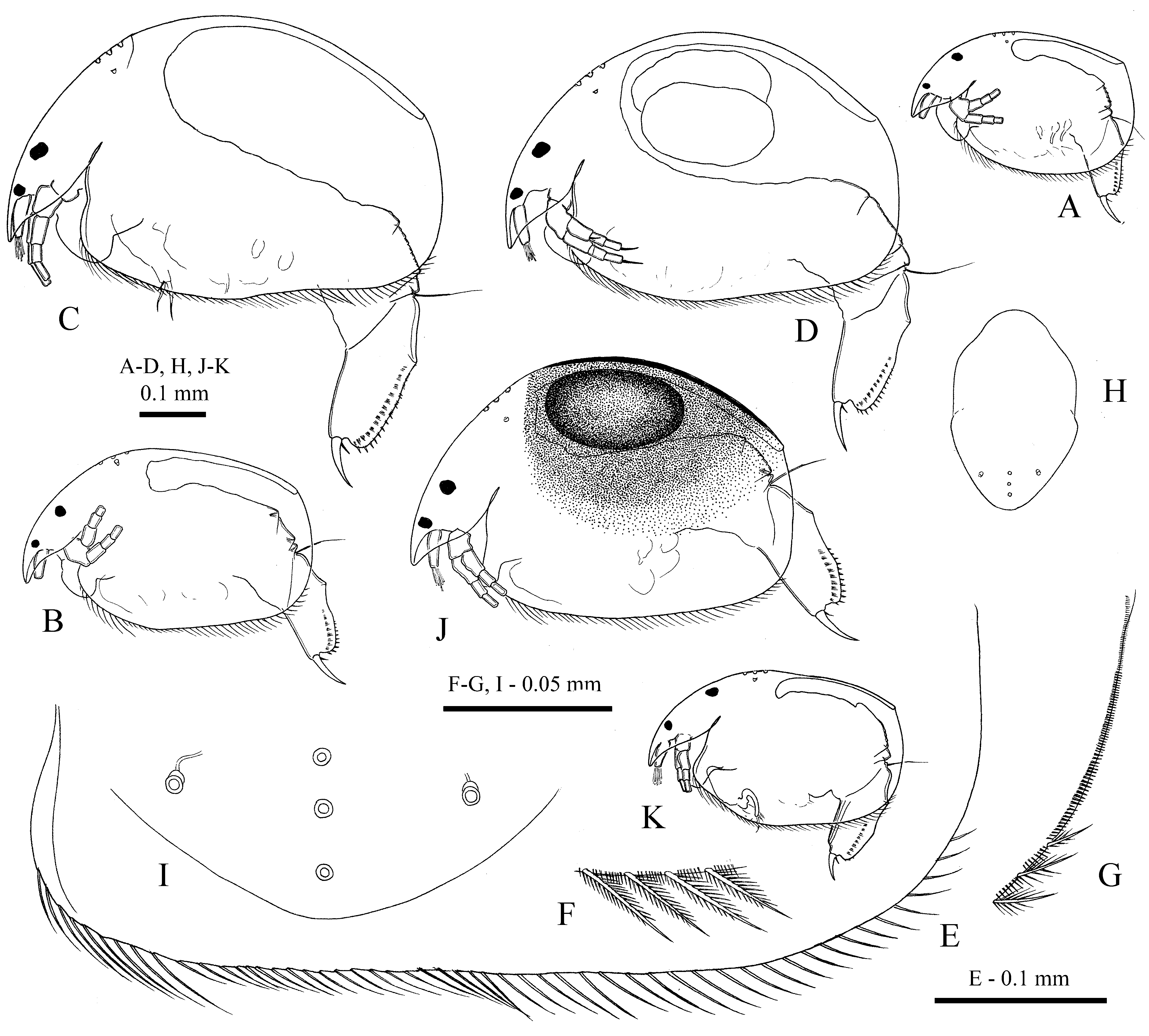