Material studied earlier. See Sinev (2001 b) for the list of material from Australia.

Labrum of moderate size, labral keel broad, with convex anterior margin and a rounded apex; posterior margin of keel without clusters of setulae.

Limb I ( Fig. 11View FIGURE 11. A – C M –N) with U-shaped copulatory hook, its distal portion little longer than basal one. A group of 3 long setulae under copulatory brush, at some distance under it a row of about 20 short thick setulae on ventral face of limb. IDL seta 1 absent, setae 2 and 3 thin, of similar length, male seta curved, shorter than seta 3.

Differential diagnosis. O. pulchella  is a sibling-species to O. cambouei  and O. glabra  . It differs from O. cambouei  by connected head pores, and from O. glabra  by notched posterior margin of head shield and by the shape and armament of male postabdomen; in O. glabra  it has rectangular distal part and long marginal setulae.

Taxonomic notes. During XX century, Alona pulchella  was reported from Central and South America, Africa and Tropical Asia, but all these records belongs to either Ovalona glabra  (in America) or O. cambouei  (in Old World) ( Sinev, 2001 b, present data). There are no reliable records of O. pulchella  outside of Australia. Revealed here differences in postabdomen morphology between populations from continental Australia and Tasmania are not enough to support independent status of the latter, but male is unknown for the Australian populations of the species. Future studies of Australian Ovalona  are needed to clarify the status of Tasmanian populations. Distribution. Australia and Tasmania. 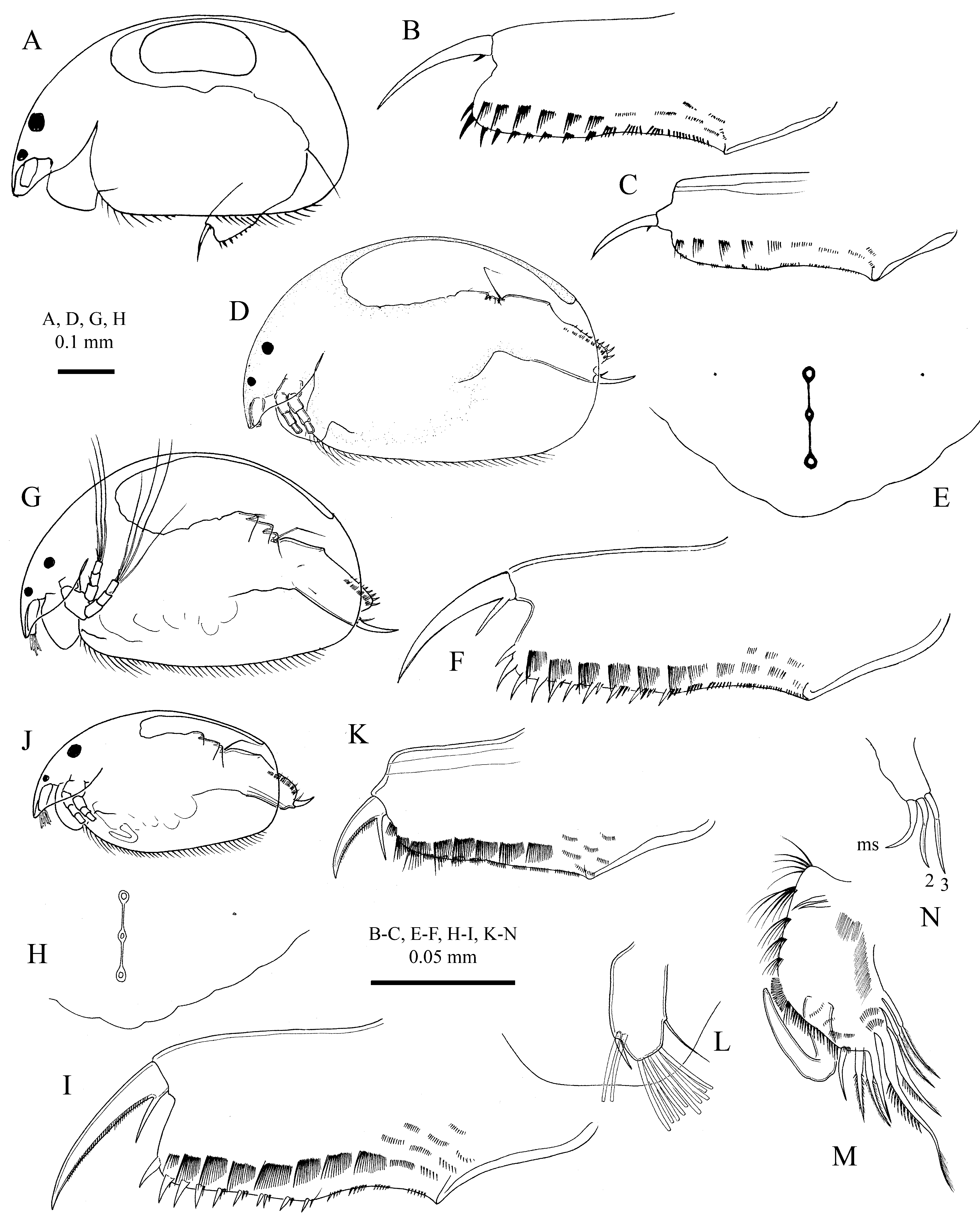 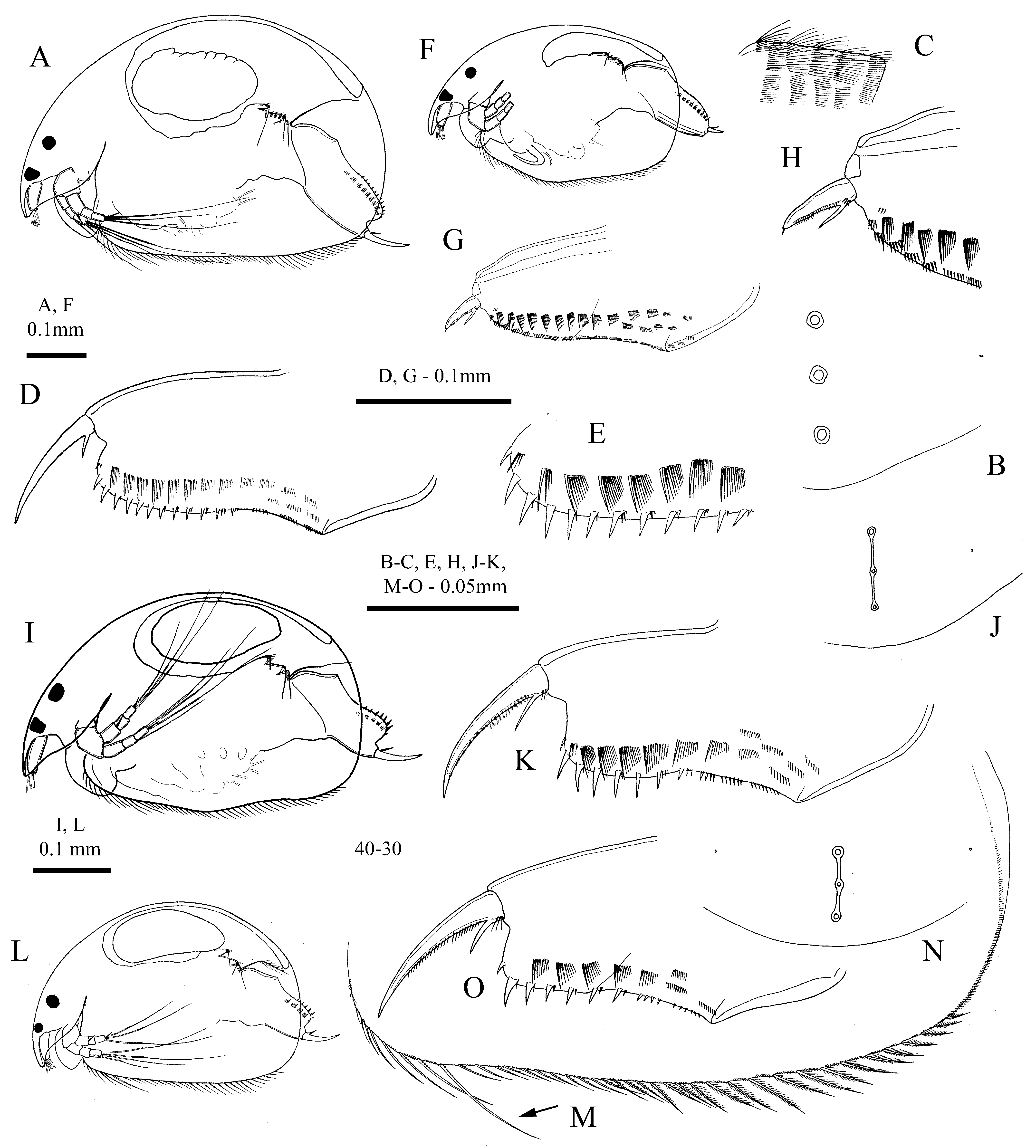