Diagnosis. The new species is distinguished from congeners by the male subgenital plate with two distinctive median processes: the proximal process forming a keel-like structure with two laterally directed spines; and the distal process forming a vertical, boss- or knob-like protuberance bearing numerous strong setae. The species is also characterised by its distinctive antennal maculation, bearing teardrop-shaped, offwhite dorsal maculae on the first and second flagellomeres and a broad off-white band around the apical twothirds of the fourth flagellomere.

Ψ: Terminalia rather typical of the genus. Epiproct shorter than that of the male. Distal segment of the paraproct ovoid, somewhat elongate, with a fringe of long setae around the margins. Ovipositor of the typical ripipterygid type; dorsal valvulae marginally longer than the ventral valvulae, with small serrations apically; ventral valves bilobed, strongly curved apically. Subgenital plate bearing numerous short setae but lacking any surface sculpturing.

Etymology. The specific epithet is a reference to the Pasochoa forest, a nature reserve on the flanks of the extinct Pasochoa volcano and the type locality for this species.

Comments. The uniformly dark colouration of R. pasochoensis   and the structure of the phallic complex (see Fig. 3 View FIGURES 1 – 3 ) indicate its placement in the group comprising R.carbonaria Saussure, 1896   , R. ecuadoriensis Günther, 1962   , R. forceps Saussure, 1896   , R.nigra Günther, 1963   , R. processata Günther, 1969   and R. paraprocessata Günther, 1989   (hereafter referred to as the Forceps   Group). Species of the Forceps   Group are generally larger than most other Ripipteryx   species and are consistently darker coloured, lacking almost entirely any white or off-white patches. Other characters supporting the monophyly of this group are the modification of the subgenital plate with various processes and protuberances, the phallus with a broad, spatulate basal plate, elongate cingular apodemes and a slender, thread-like virga. Ripipteryx pasochoensis   appears most closely related to R. processata   based on the structure of the subgenital plate. The pronounced keel-like process of R. processata   is clearly bilobed in a similar fashion to that of R. pasochoensis   but the lobes of the former are less well-defined. In R. pasochoensis   , these lobes are present as distinct processes with the proximal bearing two strong, laterally projecting spines and the distal developed into a setose boss- or knob-like protuberance. The median keels of other Forceps   Group species are never longitudinally bilobed as in R. processata   and R. pasochoensis   , nor are they as strongly produced, though R. ecuadoriensis   does possess a large, clavate posterior process which is apically trilobed (see Günther, 1969). 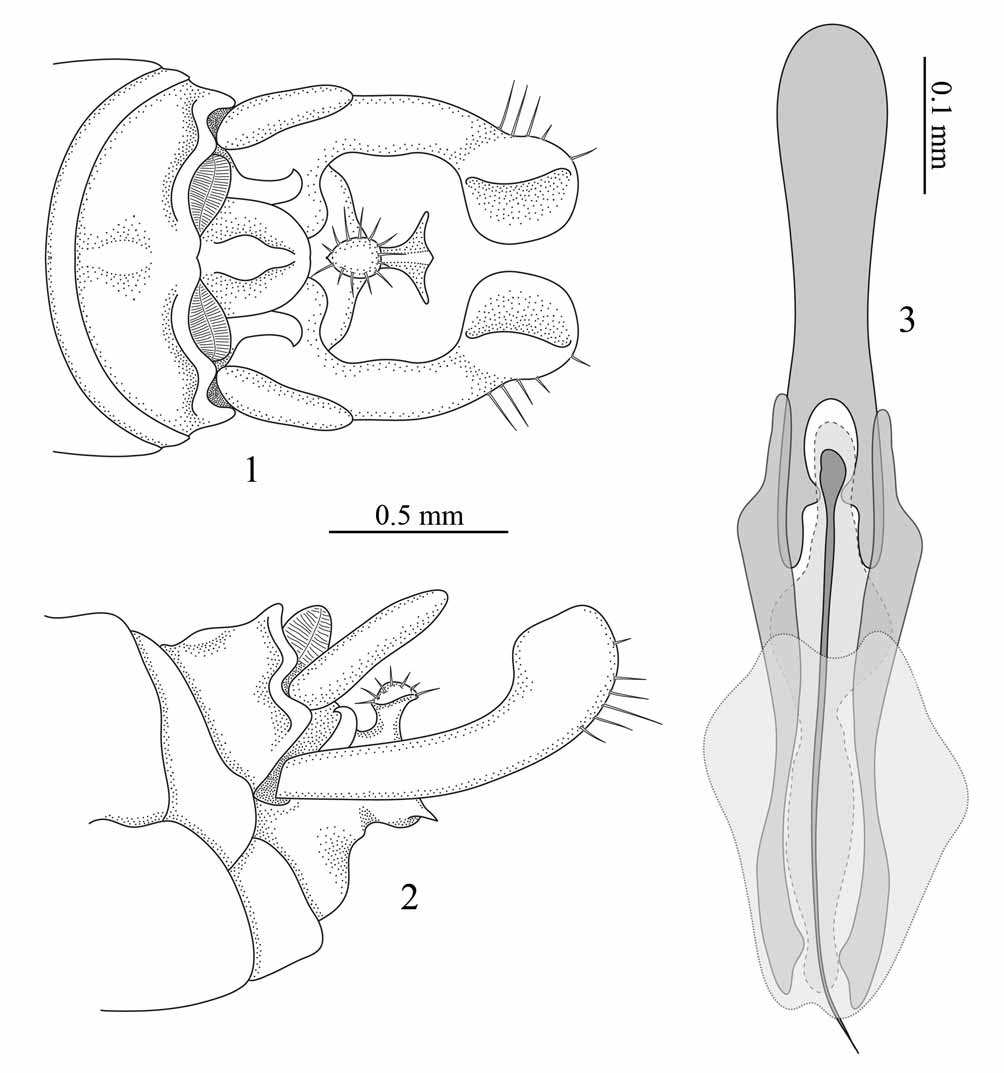