Elytra: Striae very fine and, especially striae 1–4, distinctly carinulate from base to apical slope of elytra ( Fig. 38 View FIGURES 34 – 48. 34 ). Sutural margin glossy and punctate; in some specimens basal third or basal half of sutural margin with sheen and punctation extending laterally into first or second interstria (easily seen in Fig. 15 View FIGURES 13 – 15. 13 b).

Intraspecific variation and taxonomic discussion: Gromphas amazonica shows a wide variation in the punctation of the sutural margin of elytra and metasternum; some specimens show conspicuous punctation, while in others it is only slight. Variation is also seen in the spiniform projection of the female protarsus; most specimens have it well developed and evident ( Fig. 45 View FIGURES 34 – 48. 34 ), while some others seem to have the projections worn and consequently shortened.

Posterior pronotal fossae are usually absent in G. amazonica , but occasionally they are represented by a pair of small, almost imperceptible, punctiform pits ( Fig. 43 View FIGURES 34 – 48. 34 ). We observed these fossae only in two specimens; a small male from Itacoatiara (Amazonas, Brazil) and a large female from Afuá (Pará, Brazil) ( Fig. 13 View FIGURES 13 – 15. 13 c). Although the other specimens did not show any trace of these fossae, it is clear that this is no more than individual variation, the same occurring in G. inermis , also a species typically without posterior pronotal fossae (see more on the discussion of G. inermis ).

Although the non-articulated spur of the male protibiae is unique to G.amazonica ( Fig. 21 View FIGURES 21 – 23 b), its homology with the small tubercle found in the male protibiae of the other species of Gromphas ( Fig. 23 View FIGURES 21 – 23 b, white arrow) is likely (the tubercle, as the non-articulated spur, is absent in females). However, in no other species is this tubercle developed more than an almost imperceptible; in G. amazonica , the non-articulated spur is visible to the naked eye even in smaller specimens. Other unique characters of G. amazonica are (a) the elytral striae carinulate beyond midpoint of elytra ( Fig. 38 View FIGURES 34 – 48. 34 ); (b) apical protarsomere with a long spiniform projection ( Fig. 45 View FIGURES 34 – 48. 34 ); (c) mesotarsi and metatarsi very wide; (d) usual absence of metallic reflections; and (e) medial sclerite of internal sac with a spiniform projection ( Fig. 60 View FIGURES 57 – 62 ). The phallobase with membranous apical area expanded in ventral view and the medial sclerite only slightly curved are characters shared in some way with G. dichroa and G. inermis , respectively, although in G. amazonica both characters are much more pronounced.

We examined a single female of G. amazonica that bears the unexpected locality of Cáceres (Mato Grosso, Brazil) in the Alto Pantanal region, about 1,000 km south of Contamana, Peru, the second southernmost point known for this species. This specimen has distinctly carinulate elytral striae and apical protarsomere with a long spiniform projection, but, unlike other G. amazonica , it has a strong green color with metallic reflections covering the entire body, especially the head and pronotum. With only one specimen known, it is impossible to say whether this condition is typical of this population of G. amazonica or just an individual variation (or even that this is the result of mislabeling). If indeed the existence of this Patanal population is confirmed, it would be a case analogous to, for example, Sulcophanaeus faunus (Fabricius, 1775) , a species widely distributed throughout Amazon Basin with small isolated populations in Paraguay and western São Paulo state (Edmonds 2000).

Comments: Bates (1870) based his description of G. amazonica on four specimens (“ I do not find any sexual difference in the four specimens I posses ”). Nonetheless, we were able to locate only three of the syntypes at the MNHN, all females; one of them (that from Tefé, former Ega) was designated by us as the lectotype of G. amazonica .

Bionomics: Figueroa et al. (2012) were the first to publish data on the natural history of G. amazonica . They report that this species is collected in pitfall traps baited with human feces in forests habitats and, in one case, several specimens were collected in a secondary forest associated with mandioca cultivation ( Manihot esculenta Crantz ). The specimens that we examined from Afuá, Pará, were also collected on human feces (Paulo R. Magno, MNRJ, personal communication). The specimens examined in this study were collected in July, August, September, November, January, February, and March. FIGURE 66. Distribution map of the five species of Gromphas. 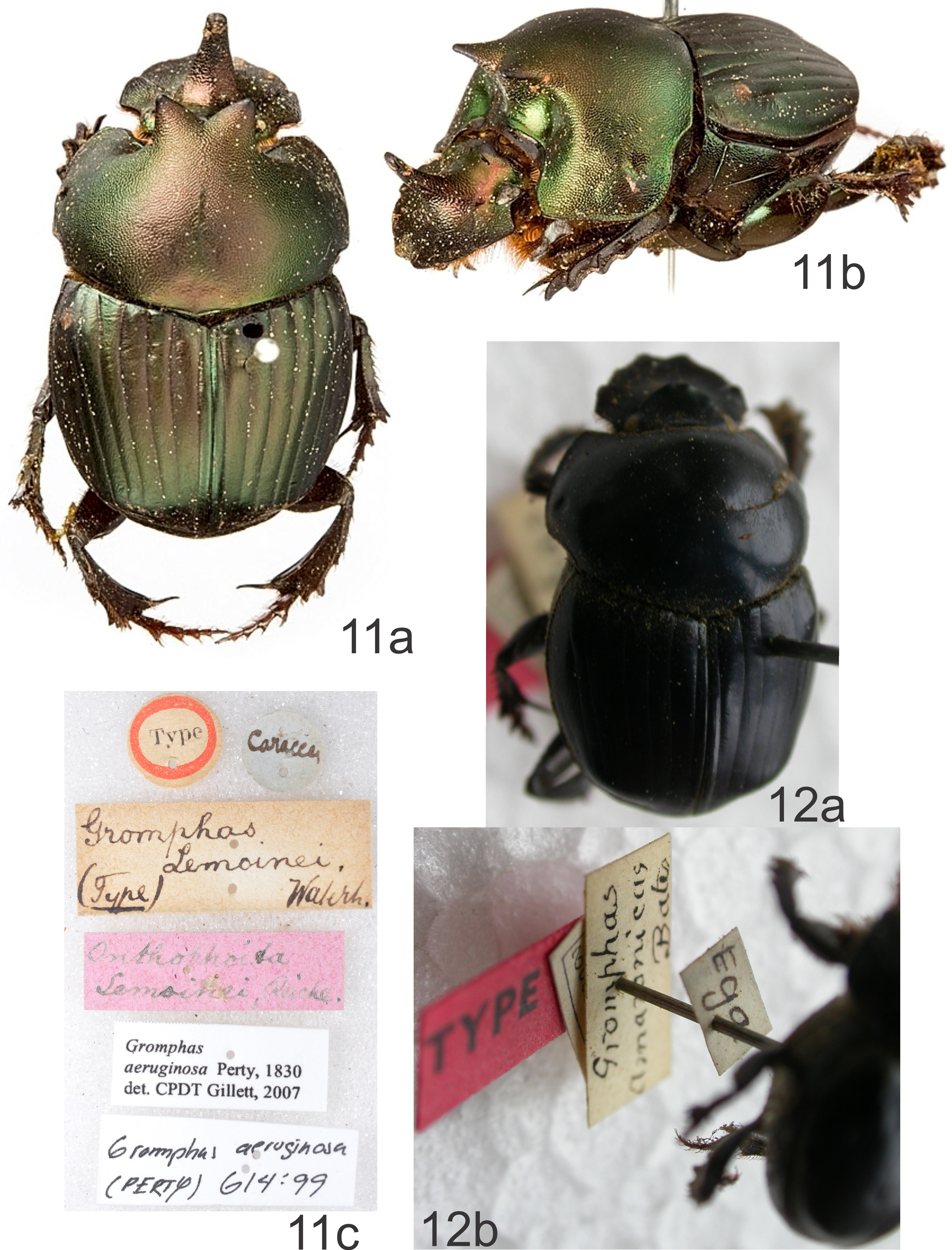 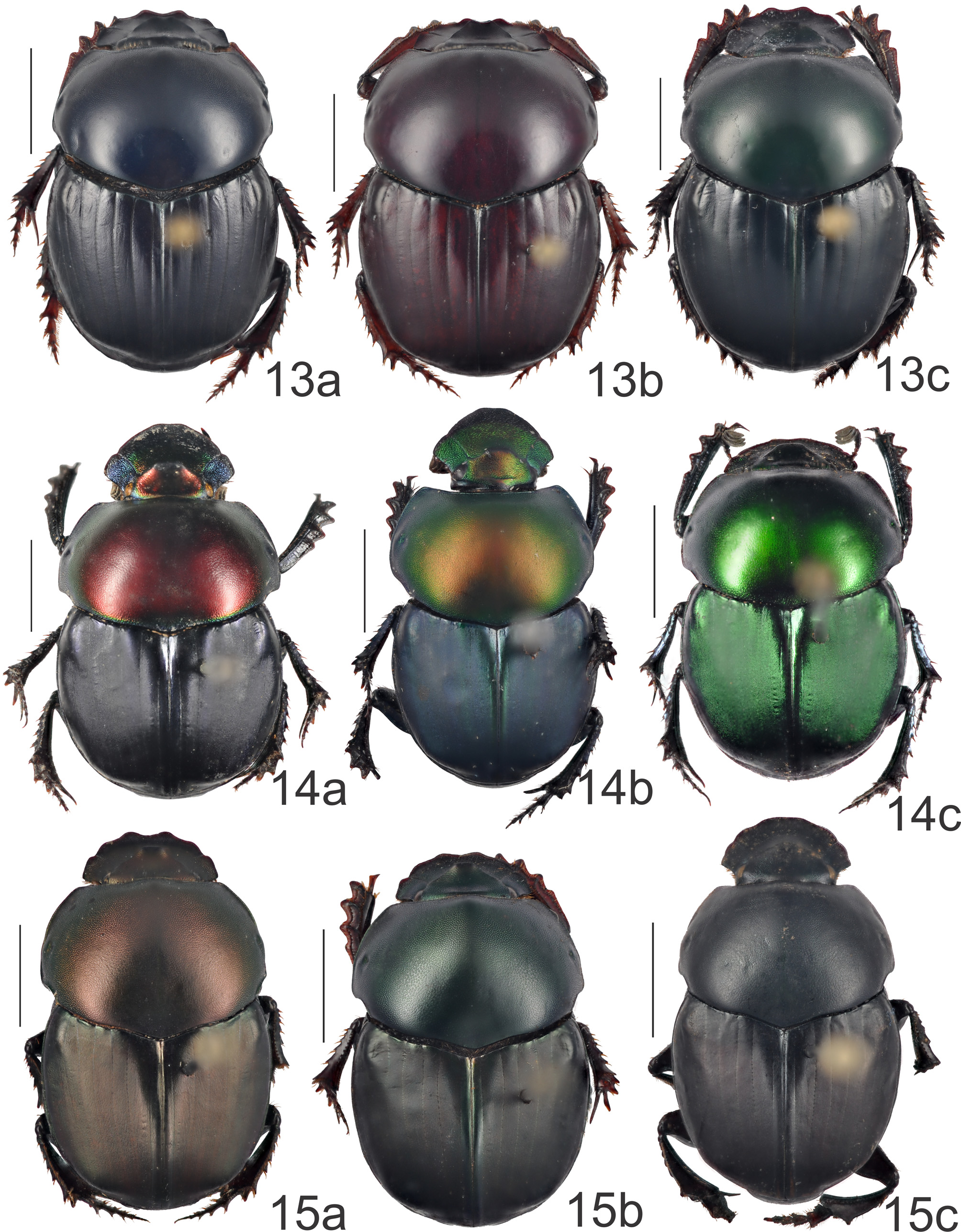 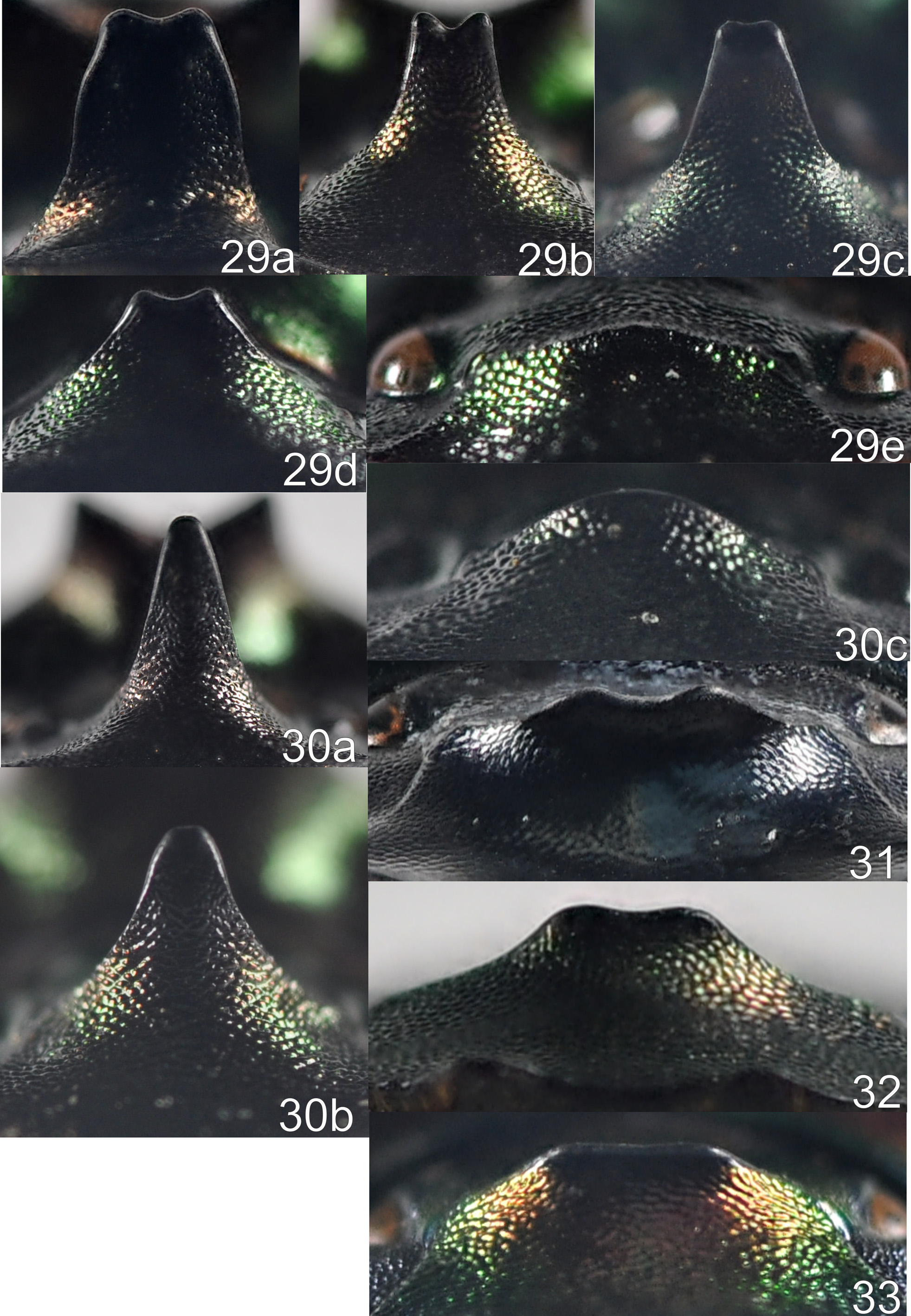 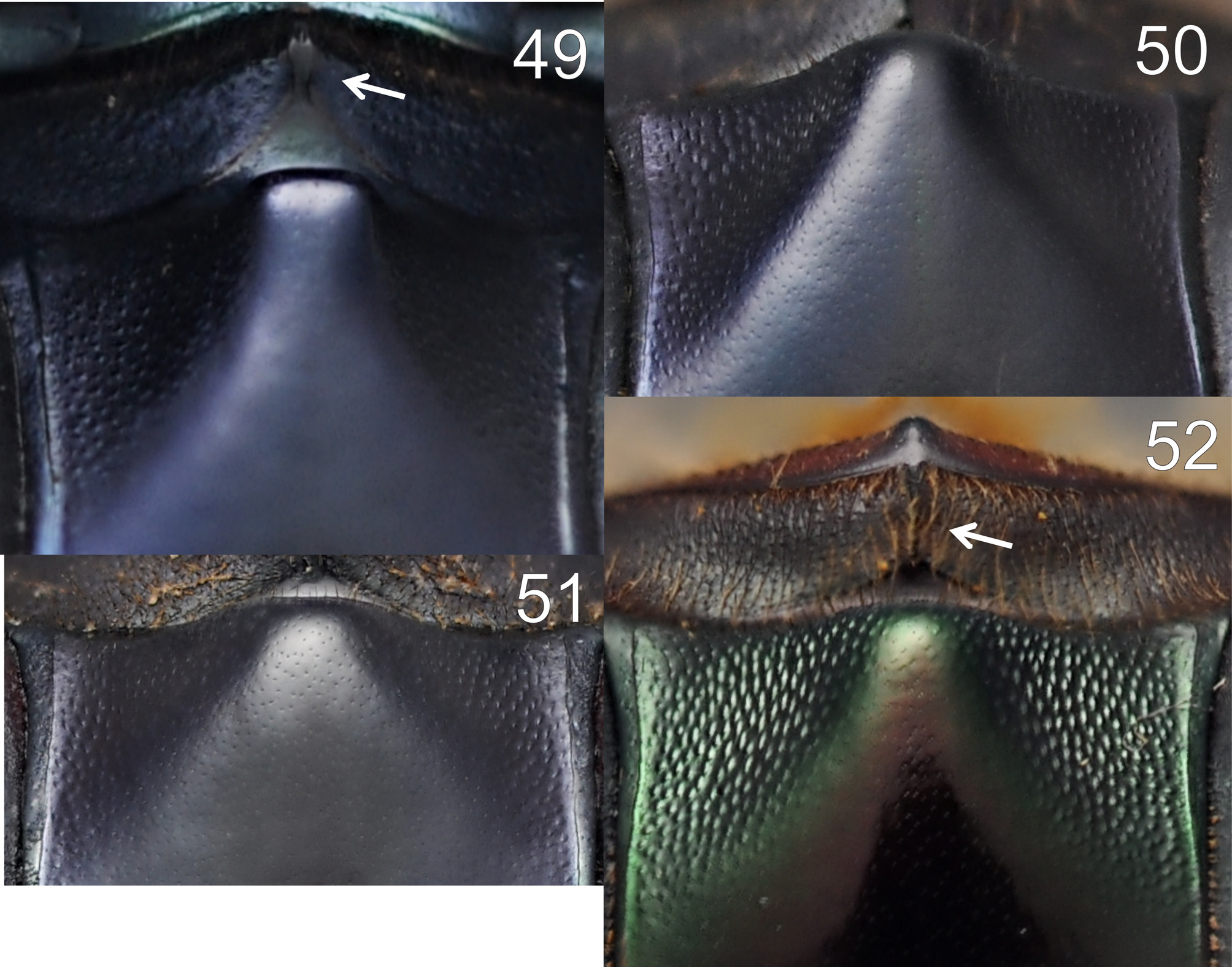