Sternal sutures 7/8 end apart on prominent tube-like scrolls, between coxae of P2. These are directed posteriorly towards adjacent gonopores opening on coxae of P3.

Etymology. The name Conchoecetes chanty  n. sp. is used to recognize the contribution to decapod biology of Chan Tin-Yam, Institute of Marine Biology, Keelung, Taiwan and alludes to the fact that these shell-carrying crabs only occupy their bivalve shell temporarily. The specific name “chanty” uses the letters of his name and has the same sound as the English word “shanty”, a rough dwelling used for a short time, alluding to the crab’s use of shells. It is used as a noun in apposition.

Remarks. Conchoecetes chanty  n. sp., is one of two new species from the East China Sea, long confused under Conchoecetes artificiosus  s. str. Conchoecetes chanty  n. sp. can be distinguished by its more distinct, tuberculate anterolateral carapace margin (margin smooth somewhat obtuse in C. artificiosus  ) and the prominent smooth swellings on the cheliped carpus and propodus (smaller and granulate swellings). The other species, Conchoecetes atlas  n. sp. ( Fig 4View FIGURE 4) can be separated by having a sub-pentagonal carapace shape (sub-oval in C. chanty  n. sp.; see Fig. 9View FIGURE 9); strong anterolateral tooth and no posterolateral tooth (having both teeth more or less equal in size); cheliped carpus with a pair of more or less equal distal tubercles on external margin (only one prominent tubercle and weak second tubercle). These two species are sympatric both occurring around Taiwan and in the East China Sea. However, the distribution of C. atlas  n. sp. also includes Japan, mainland China, the South China Sea and Southeast Asia including the Philippines. 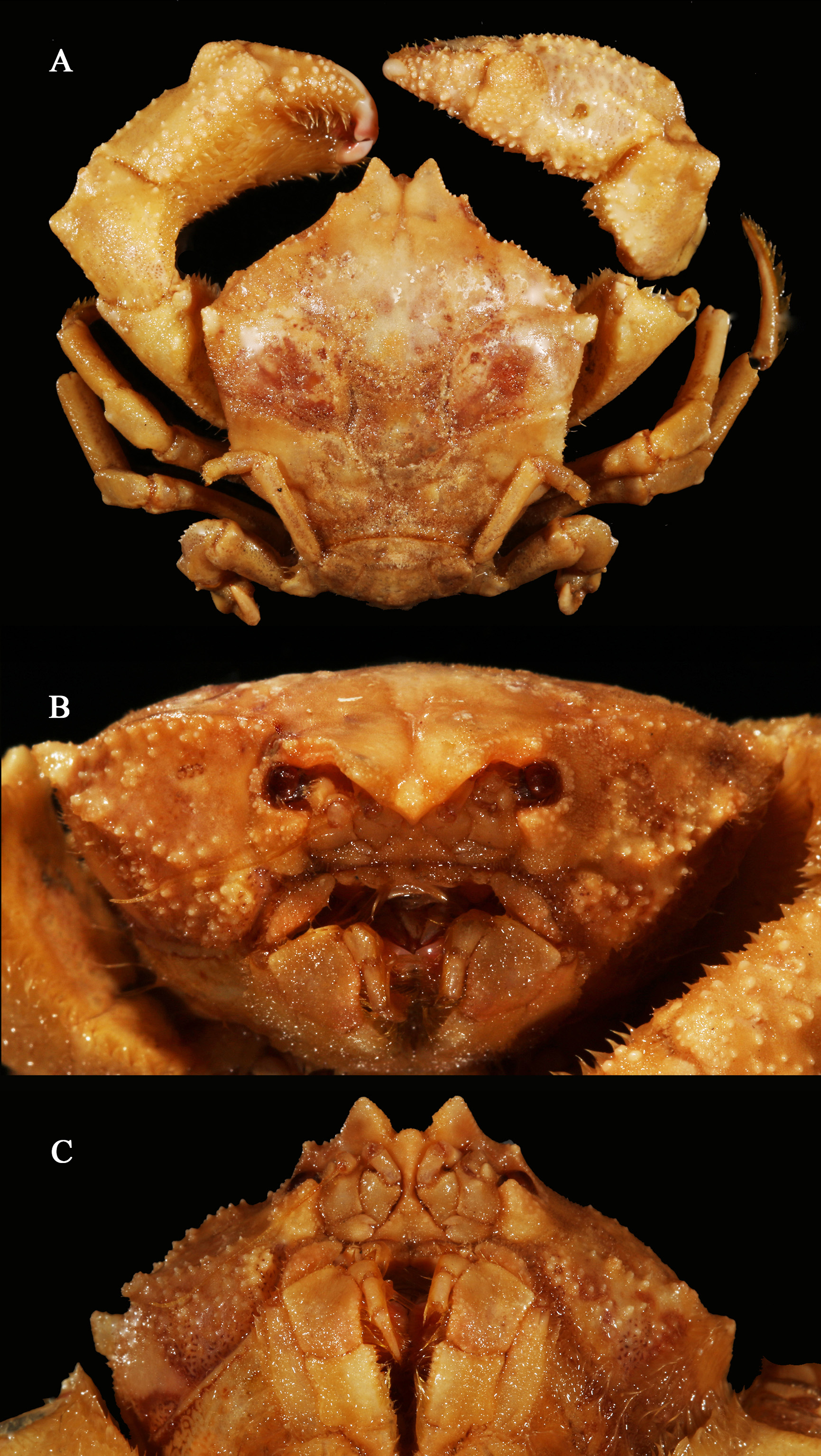 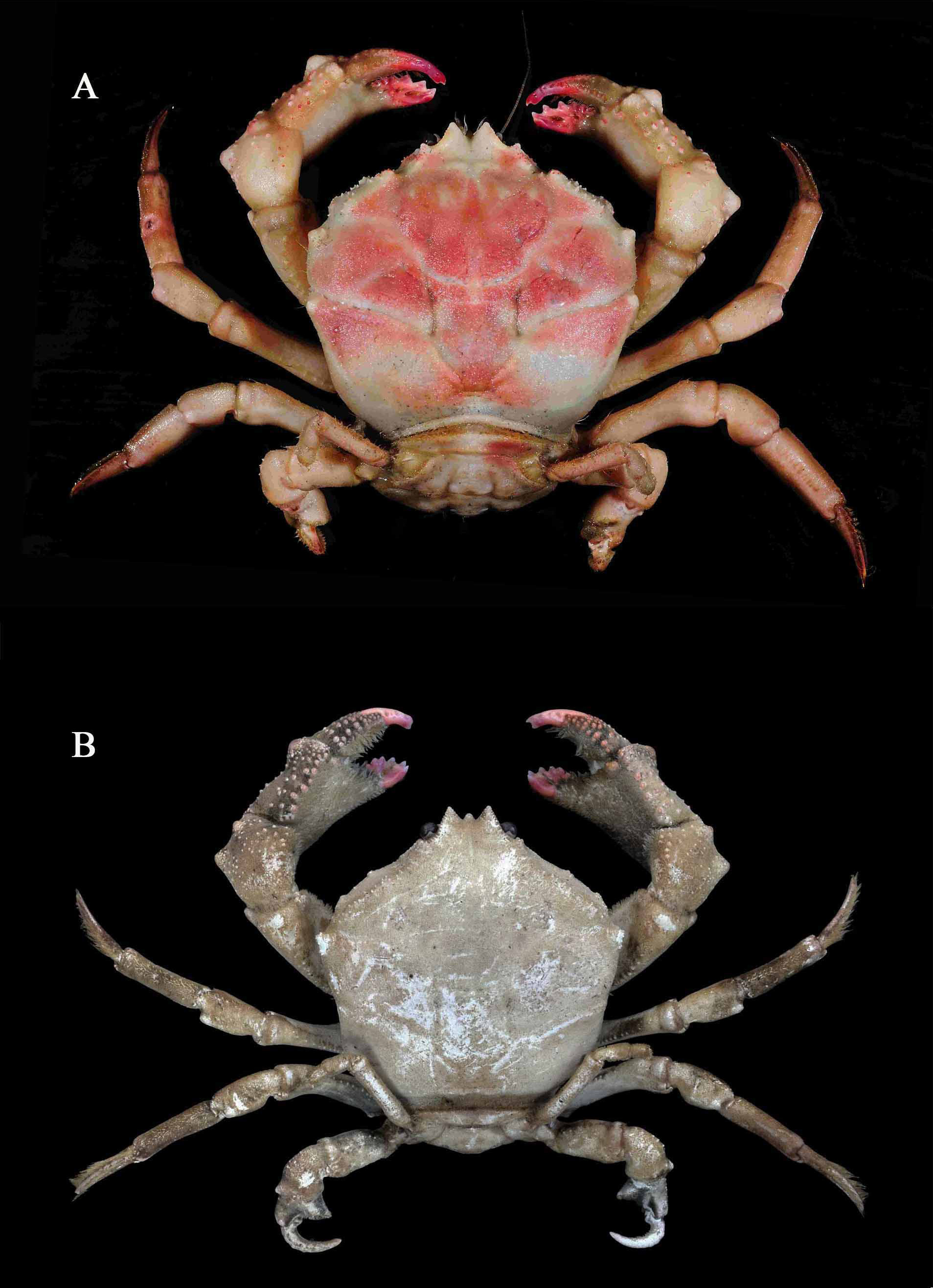 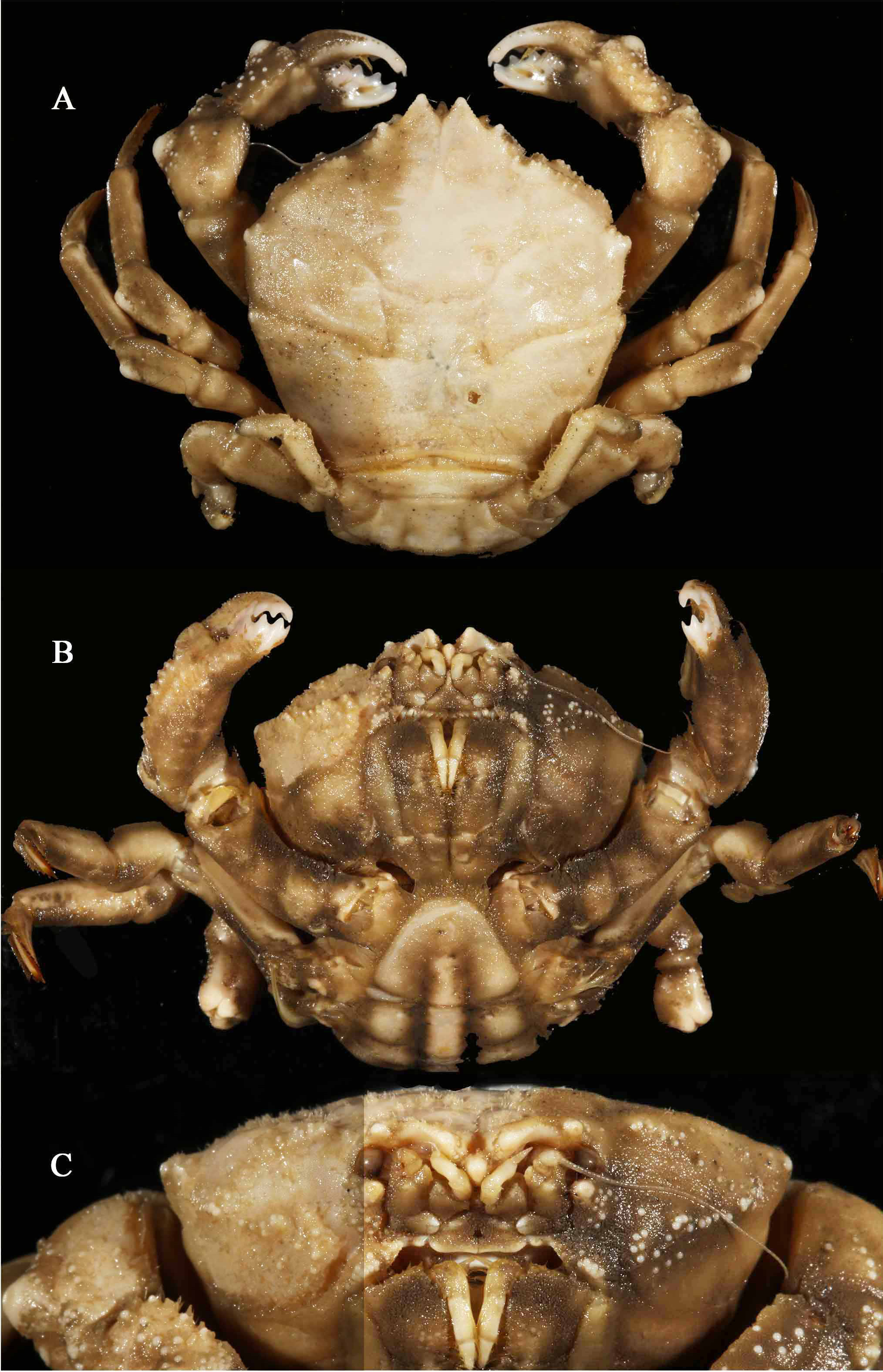 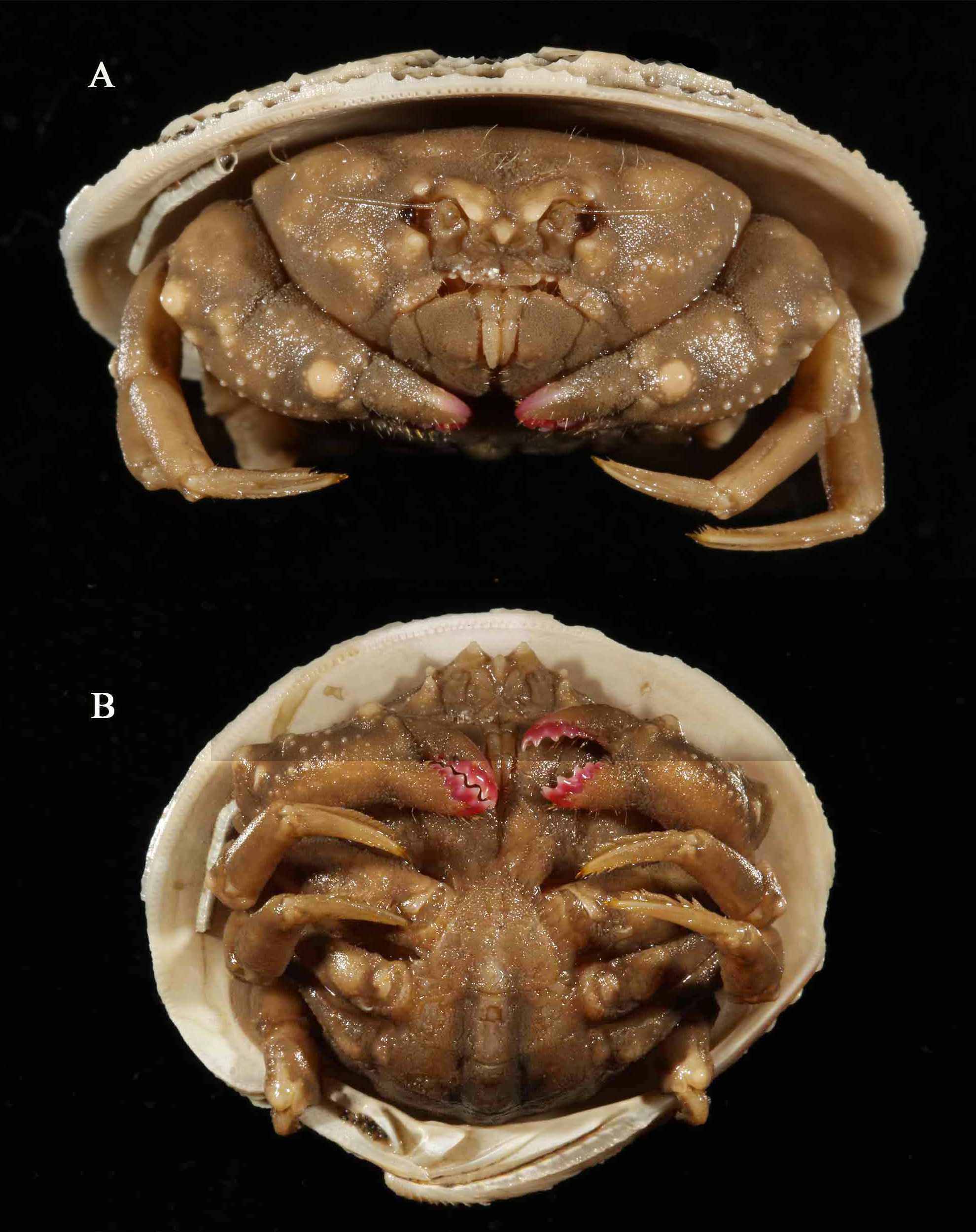