Etymology. The specific name “Avikele” is a translation of the South African Zulu word for “Shield” both of which can be either a noun or a verb and alludes to the habit of the crab to protect itself by carrying a bivalve shell over its body in the same way as a Zulu warrior protected himself in battle. The species name is used as a noun in apposition.

Distribution. Known only from the Kwa Zulu coast of South Africa and Mozambique.

Remarks. Barnard (1950, p308) summarized all previous records of this species from the South African East coast as Conchoecetes artificiosus  s.l. but these specimens are not the same as C. artificiosus  s. str., which occurs further north near Madagascar and beyond. The distinctive features of Conchoecetes avikele  n. sp. which separate it from its congeners are listed below, with particular reference to the type species Conchoecetes artificiosus  , are the prominent acute rostral and supraorbital teeth (blunt rostral and orbital teeth in C. artificiosus  ); branchial and cardiac grooves evident but shallow (deeply incised branchial and cardiac grooves); a curved comb-like row of 7 or 8 small regular sub-hepatic tubercles (scattered tubercles); prominent sub-acute distal tubercles on the cheliped carpus and propodus (blunt tubercles); prominent tubercles are also found on the carpi of P2 and P3 (tubercles not apparent); the anterior margin of the P4 carpus has a row of 7 or 8 granules, reminiscent of C. investigator  n. sp., but smaller (granules not apparent); a notably longer and curved dactylus (talon) on P4 (shorter). Some of these features are shown in Barnard (1950: fig 58a, b) which closely matches the present damaged specimen (NHMB-87552 (was ZMUC-CRU-10107)) collected from Delagoa Bay by the Mortensen Expedition. 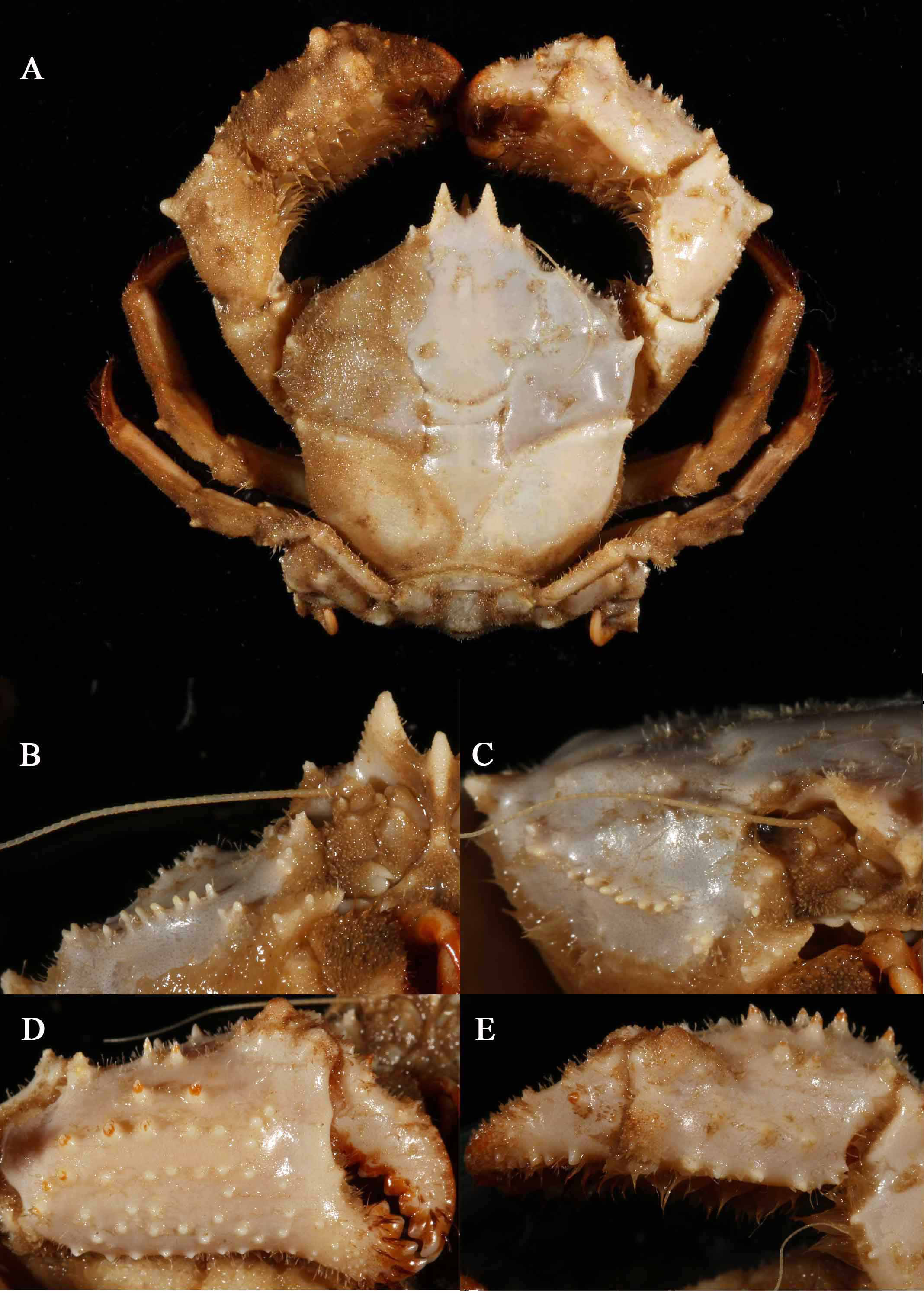 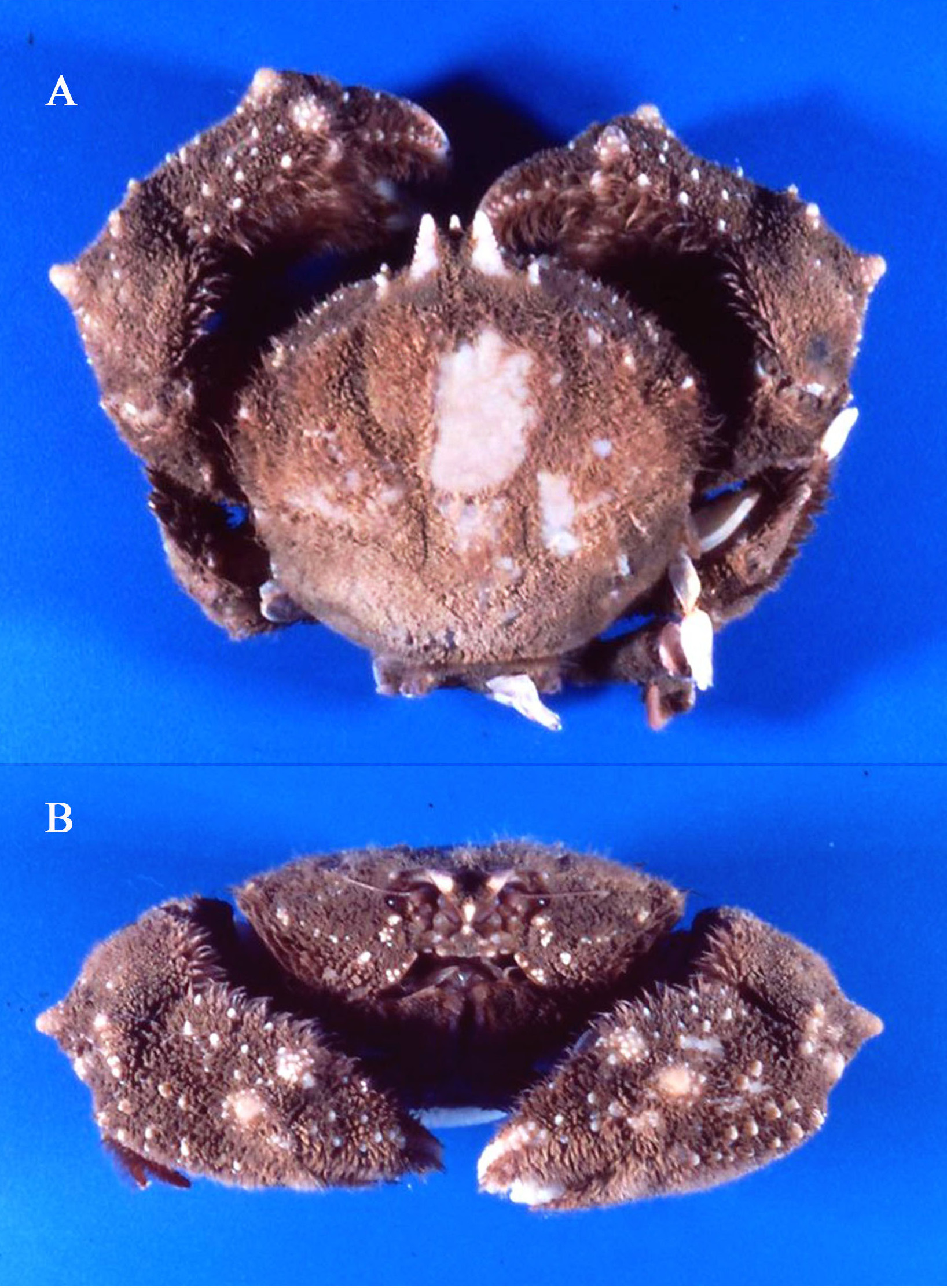