Etymology. The specific name “pembawa” is the Malay word for “carrier”, alluding to the habit of this crab carrying a bivalve shell as a mobile shelter and the type locality, Penang Is., Malaya.

Habitat. The only verified depth is 150 m from Point Hedland, Western Australia, otherwise the specimens from Peninsula Malaysia came from coastal waters of uncertain depth. They were recovered from refuse delivered to the fish port by shrimp fishermen operating in depths less than 100 m (Peter Ng, pers. comm.)

Distribution. Known only from Malaysian. Peninsula in vicinity of Penang and Point Hedland, Western Australia. 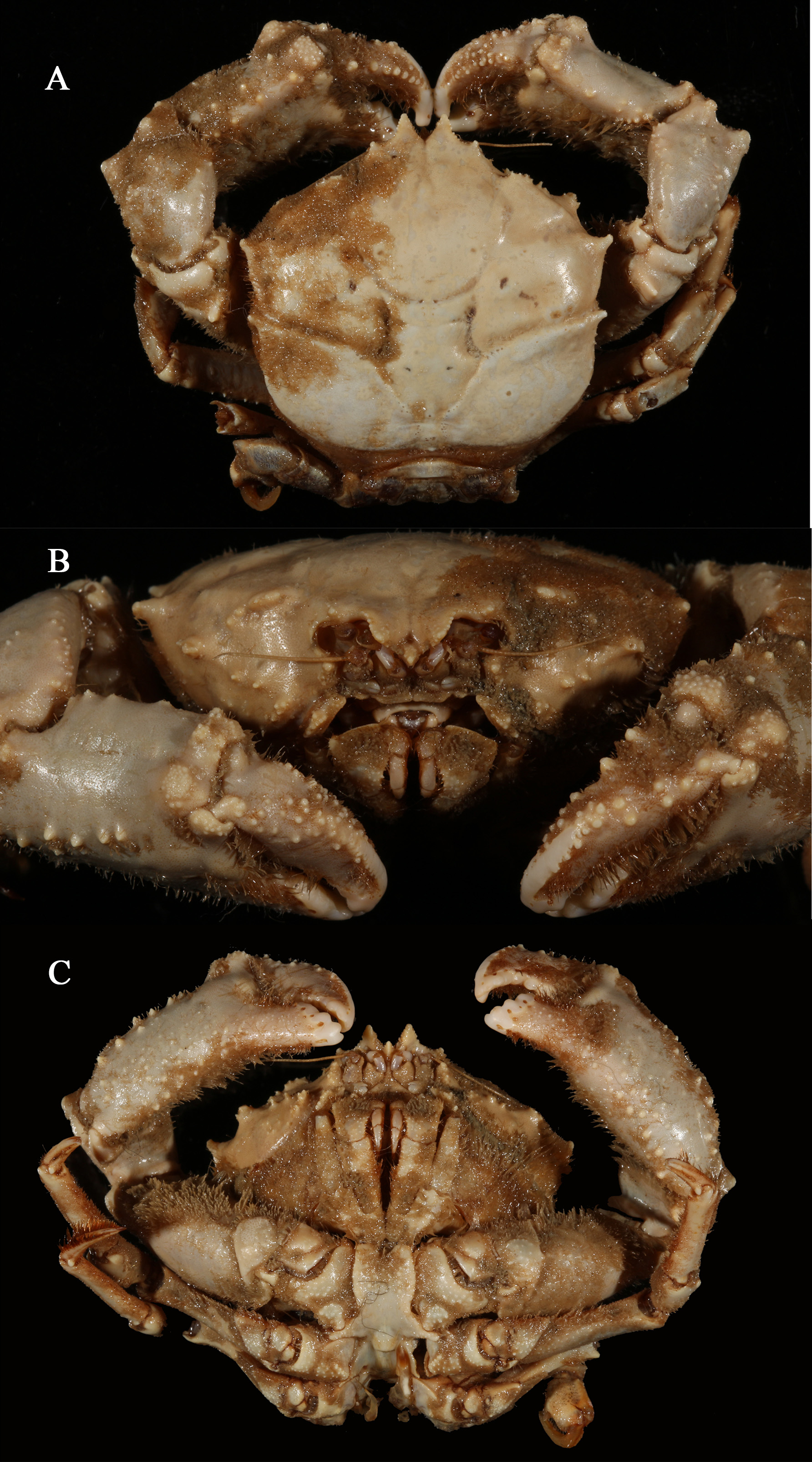