Diagnosis. The phoretic female of the new species is characterized by having: two claws on tarsus IV; posterior margin of the prodorsum nearly straight; setiform epimeral setae 1 a, 1 b, 2 a, 2 c; setae v 1 situated posterior to the level of setae v 2; reduced apodemes 5; setiform TaII tc' (slender and tapering); setiform and pointed FeIV v’.

Etymology. The specific epithet refers to the locality of the origin (Mazandaran province), a large district in Northern Iran.

Remarks. One of the 60 slide-mounted specimens, associated with A. depressus  , had a setiform sc 1 (Fig. 16), however, the remaining characters were exactly the same. This anomaly could be a case of neoteny as larvae of other species have a setiform sc 1 (Evert E. Lindquist, personal communications) or may also be an implication for the phenomenon “atavism” in which an individual remarkably represent the tendency to revert to ancestral phenotypical features ( Le Page 2007). These features reappear in some individuals after several generations of absence ( Liu et al. 2009). Alternatively, this specimen could represent another species, but we refrain from considering this option with just one likely aberrant specimen. 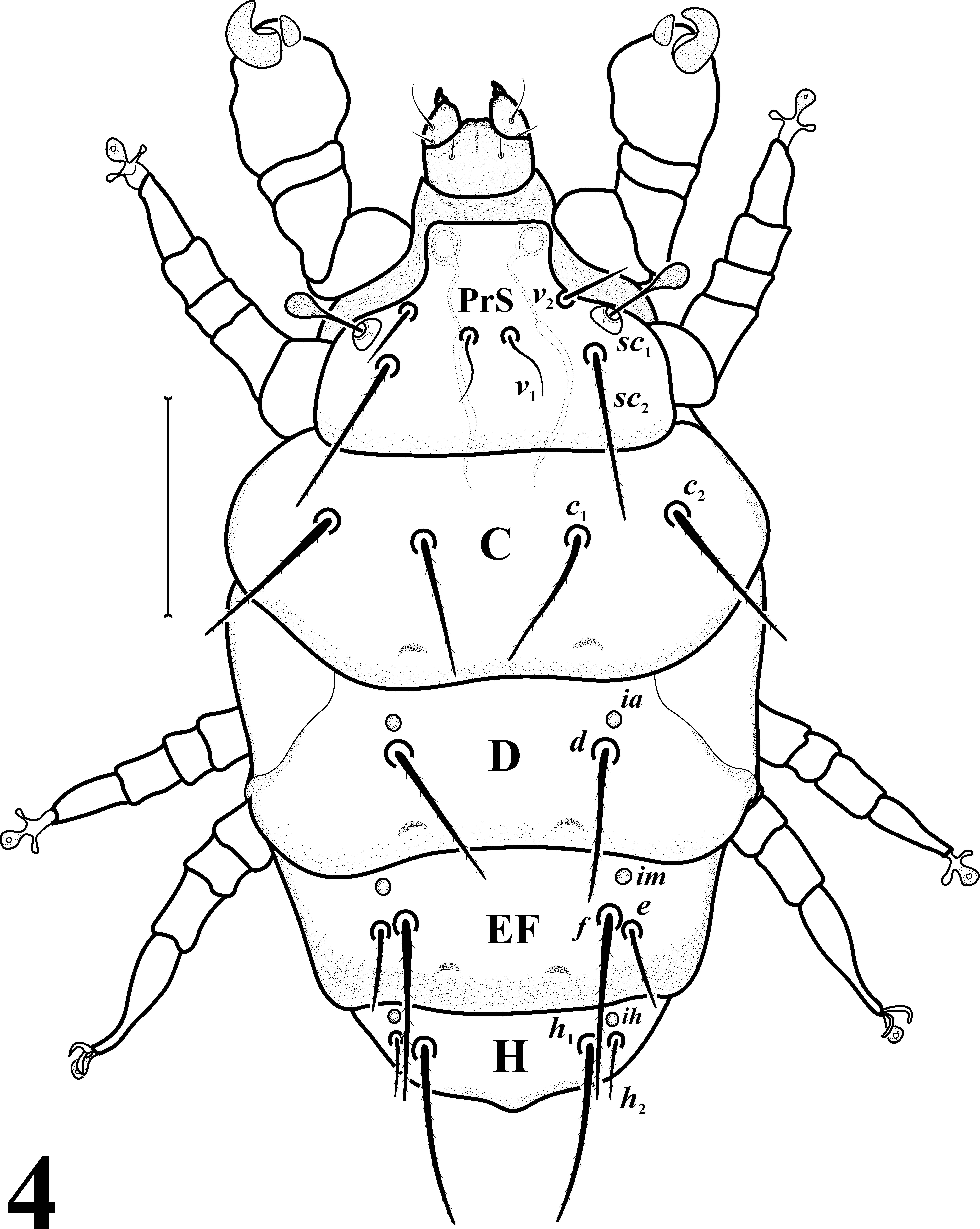 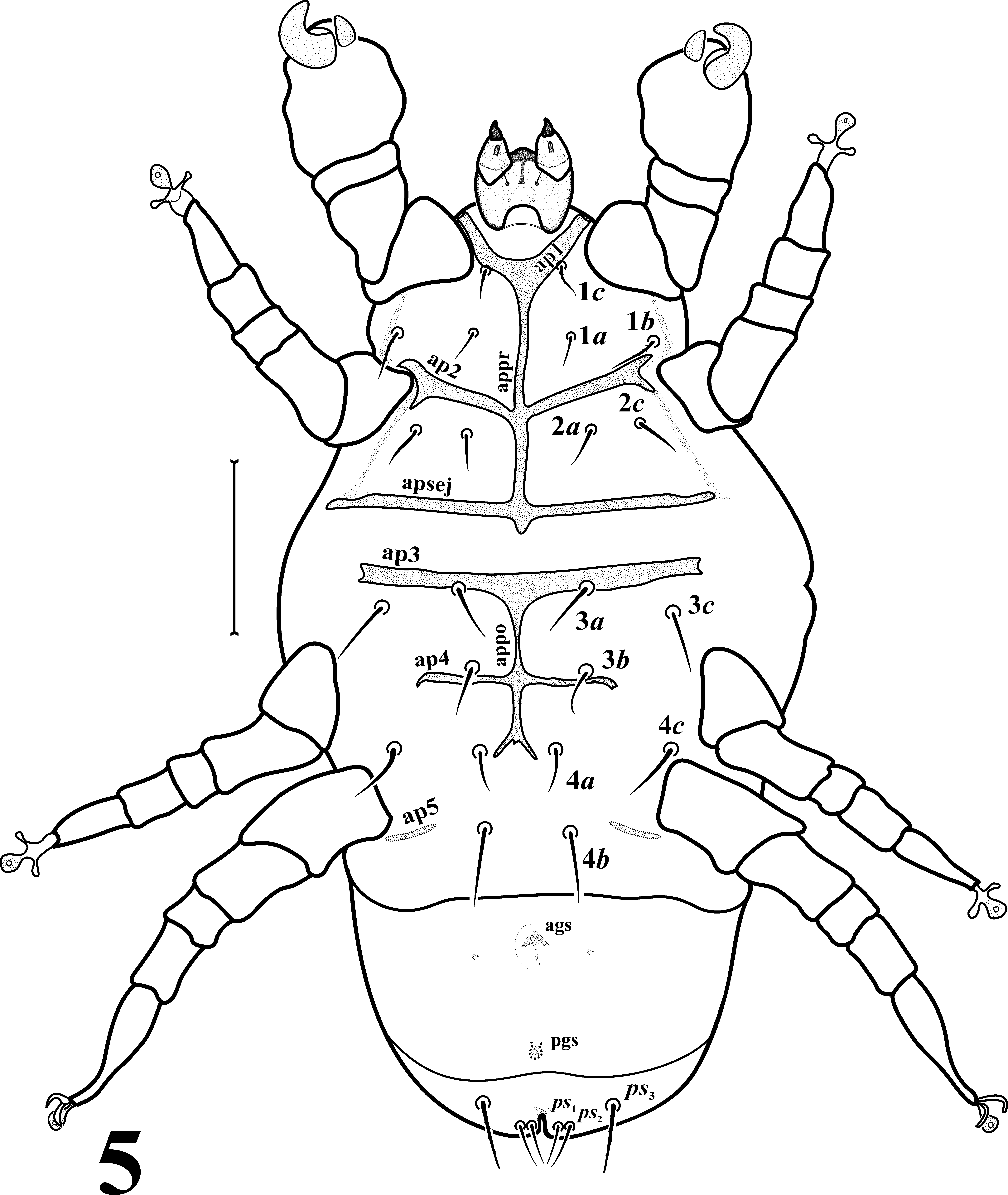 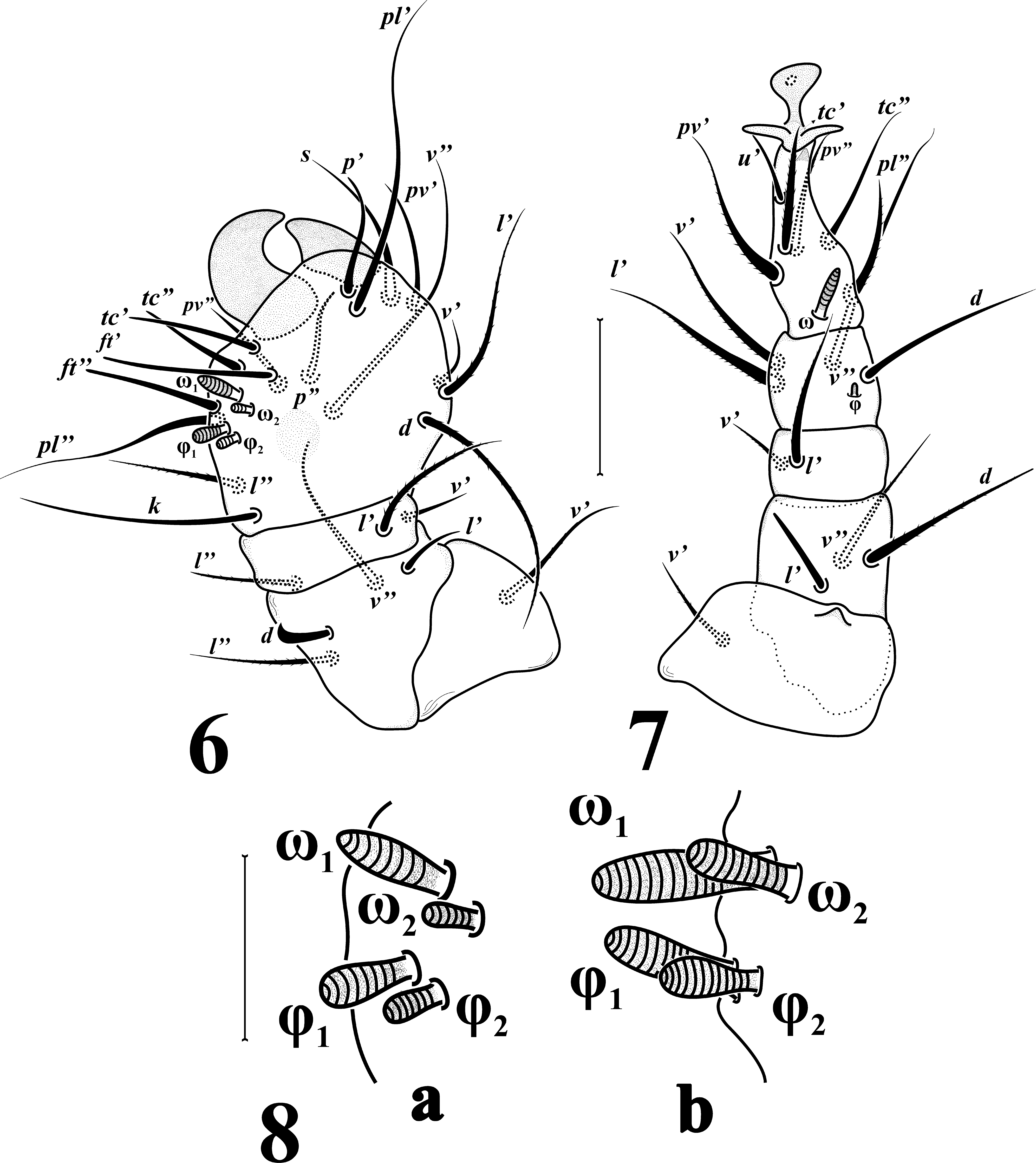 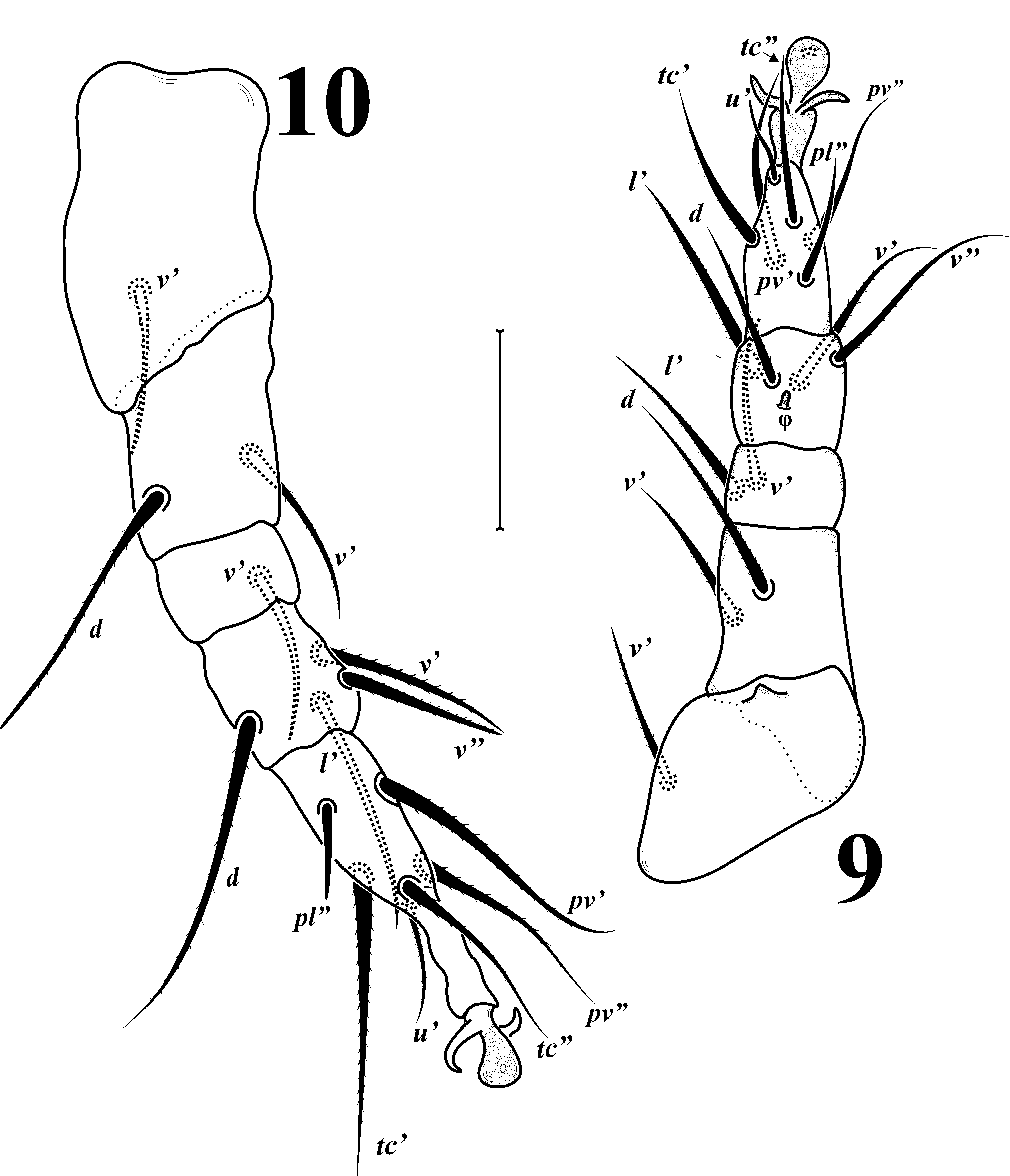