Distribution. Indo-Pacific from the Society Islands ( Leis, 2006) to the east coast of Africa from Algoa Bay, South Africa (Leis in Smith & Heemstra, 1986) north to the Gulf of Aden (record based on Fig. 9View FIGURE 9 taken Rhounda Komaytu, Seven Brothers Islands) and the southern Red Sea from a video record ( Randall, 1994). We extend the range north in the Red Sea to Marsa Alam, Egypt ( Fig. 10View FIGURE 10) and to Ras Mohammed at the southern end of the Sinai Peninsula from observation in the Ras Mohammed National Park by Jean Michel Rose (pers. comm.) and Tania Malkerova kindly provided her underwater photo of Diodon liturosus  ( Fig. 11View FIGURE 11) taken at Dahab on the west coast of Sinai at 28.5 °N that clearly shows small black spots on the fins.

Remarks. Two adult individuals were photographed by the first author in 2006 in Brayka Bay and Marsa Shagra in the Marsa Alam region of Egypt (identification confirmed by Jeffrey M. Leis) at a depth of 2–5 m in coral reefs of a bay and a semi-enclosed deep lagoon; both fish were close to shelter, one near a large cave. They are unusual in having dark-spotted fins. Leis (1977), in his review of the genus Diodon  , described the fins of D. liturosus  as unmarked, except at the base, and he presently knows of no specimens or photographs extralimital to the Red Sea with dark spots on fins. 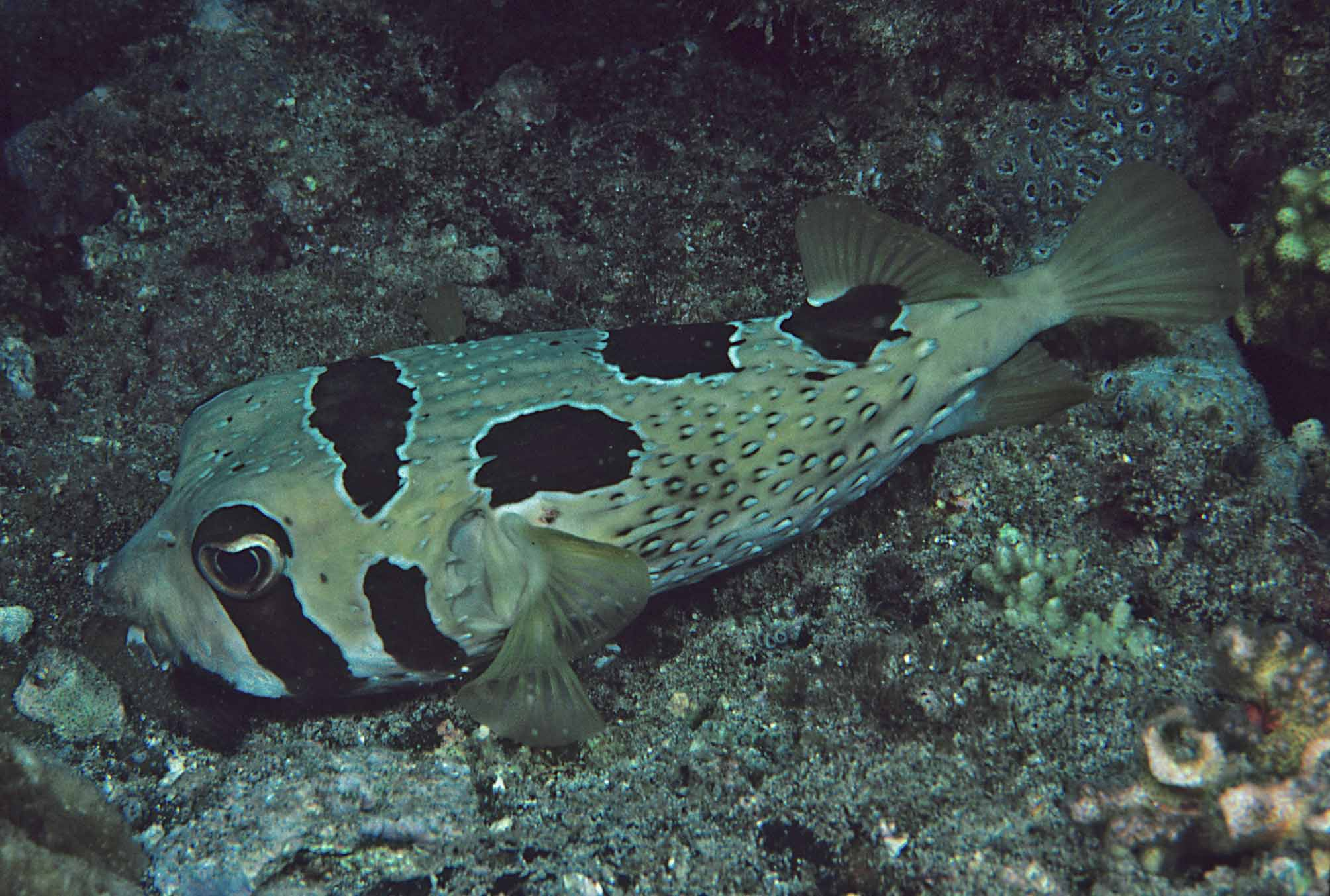 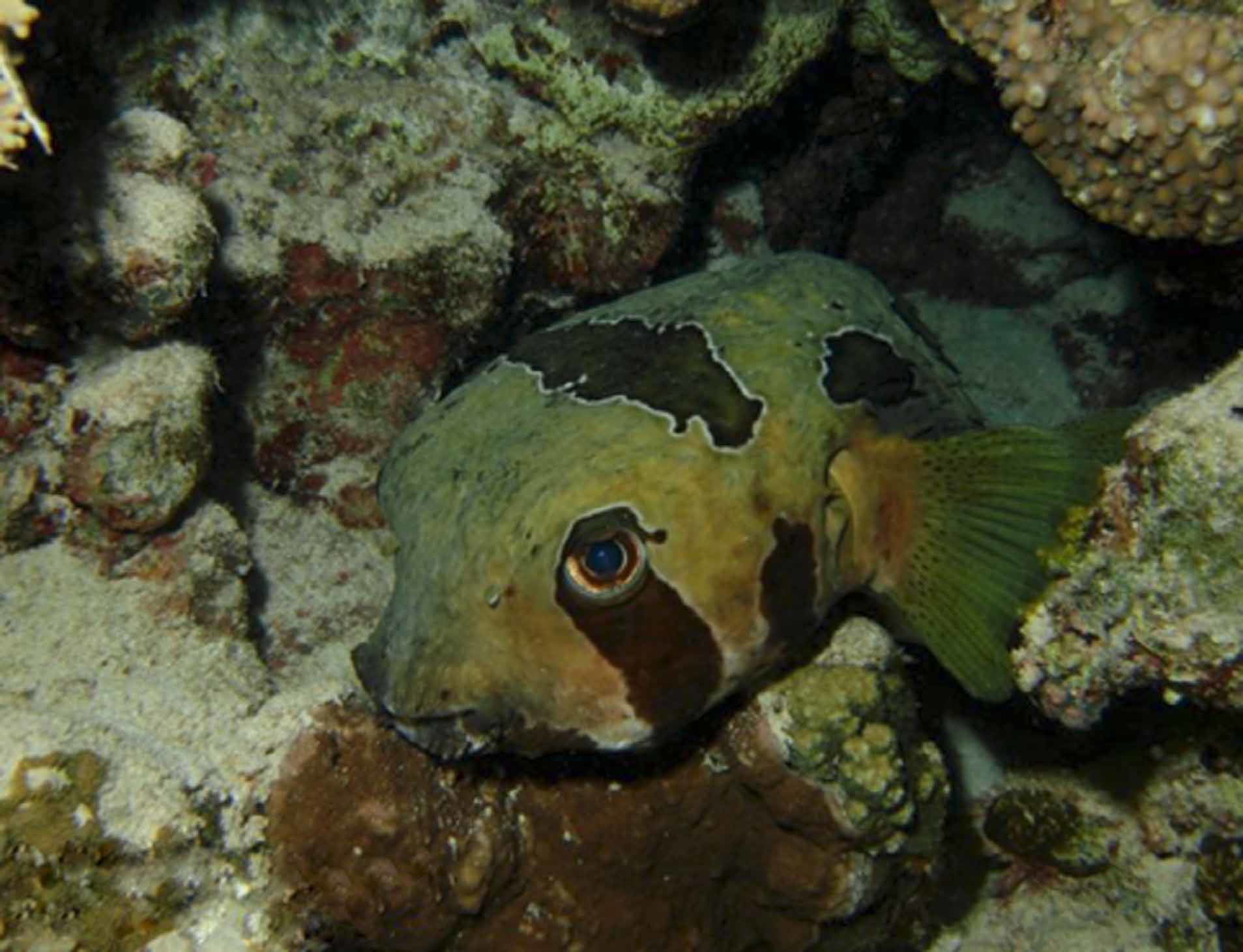