Distribution. Previously known from the South-West Pacific Ocean, i.e., Chesterfield Islands, New Caledonia, Wallis and Futuna Islands, and Indonesia; at depths of 600–1300 m ( Hayashi 1999). The present specimens greatly extend the geographical range of the species to the north and west.

Remarks. Pasiphaea gracilis  was originally described on the basis of material from the South-West Pacific localities, including Chesterfield Islands, New Caledonia, Wallis and Futuna Islands, and Indonesia, and referred to the P. sivado  species group ( Hayashi 1999). There have been no subsequent records of the species. The specimens examined in this study are identified as P. gracilis  on account of the following features (cf. Hayashi 1999): rostrum moderately small and moderately ascending ( Fig. 9A, BView FIGURE 9); carapace dorsally rounded, with shallow but distinct branchiostegal sinus ( Fig. 9A, BView FIGURE 9); pleomeres all rounded dorsally, pleomere 6 with posterodorsal spine ( Fig. 9CView FIGURE 9); posterior margin of telson truncate; meri of pereopods 1 and 2 with 4–8 and 10–15 spiniform setae, respectively ( Fig. 9D, EView FIGURE 9), included within variation range previously reported; ischium of pereopod 2 without spiniform seta on ventral margin ( Fig. 9BView FIGURE 9); and no pleurobranch on thoracomere 8. Our specimens represent the second record of the species since the original description.

Pasiphaea japonica Omori, 1976  was the only member of the P. sivado  species group known from Japan prior to this study. It is readily distinguished from P. debitusae  and P. gracilis  by the possession of a small pleurobranch on the thoracomere 8 and the more numerous spiniform setae on the pereopod 2 merus (14–23 in number). Pasiphaea mclaughlinae Hayashi, 2006a  , recently described from Taiwan and referred to the P. sivado  species group, resembles P. gracilis  , but the former is characteristic within the species group in having dorsally flat tergites of the pleomeres 3–5 (Hayashi, 2006). 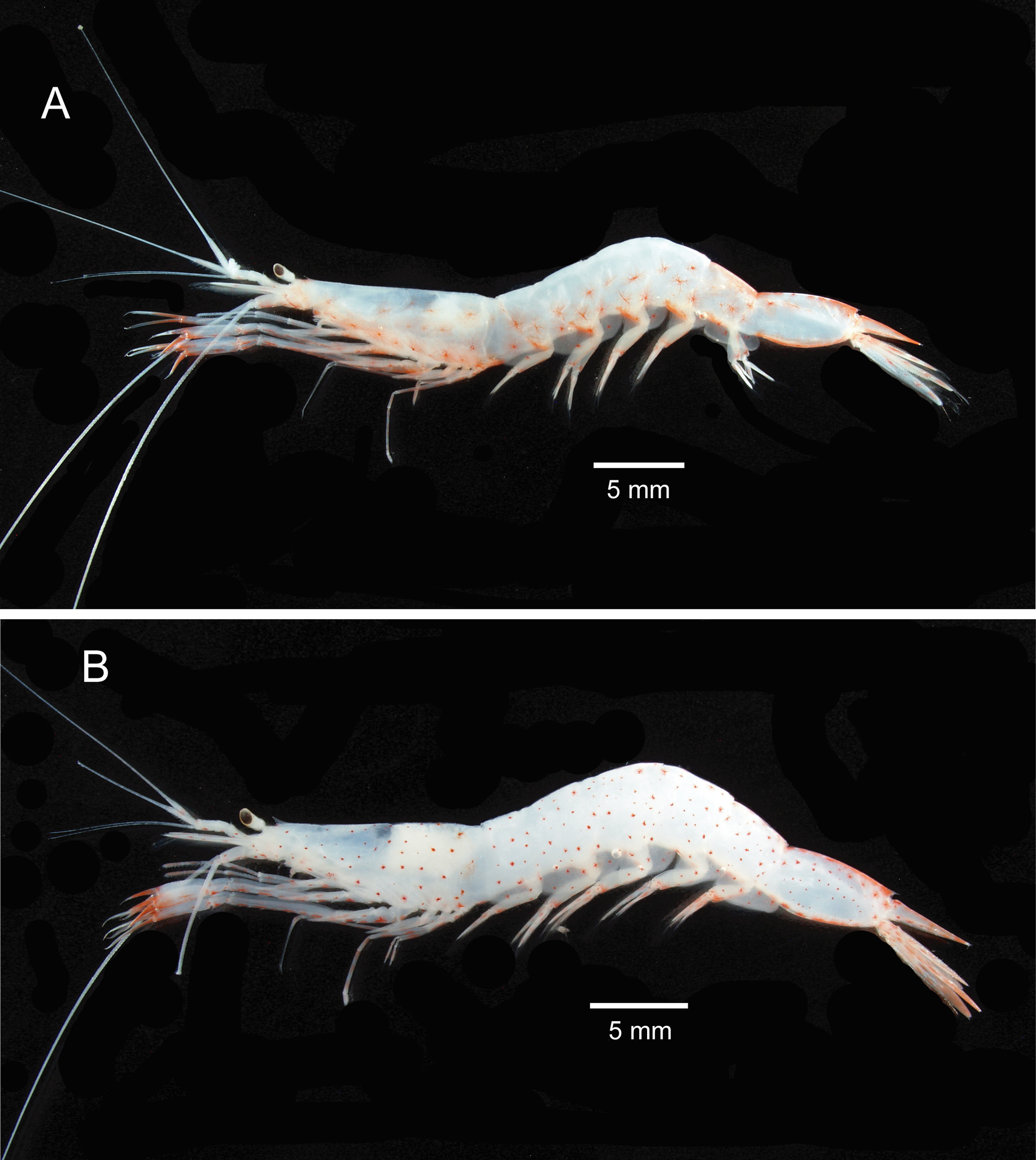 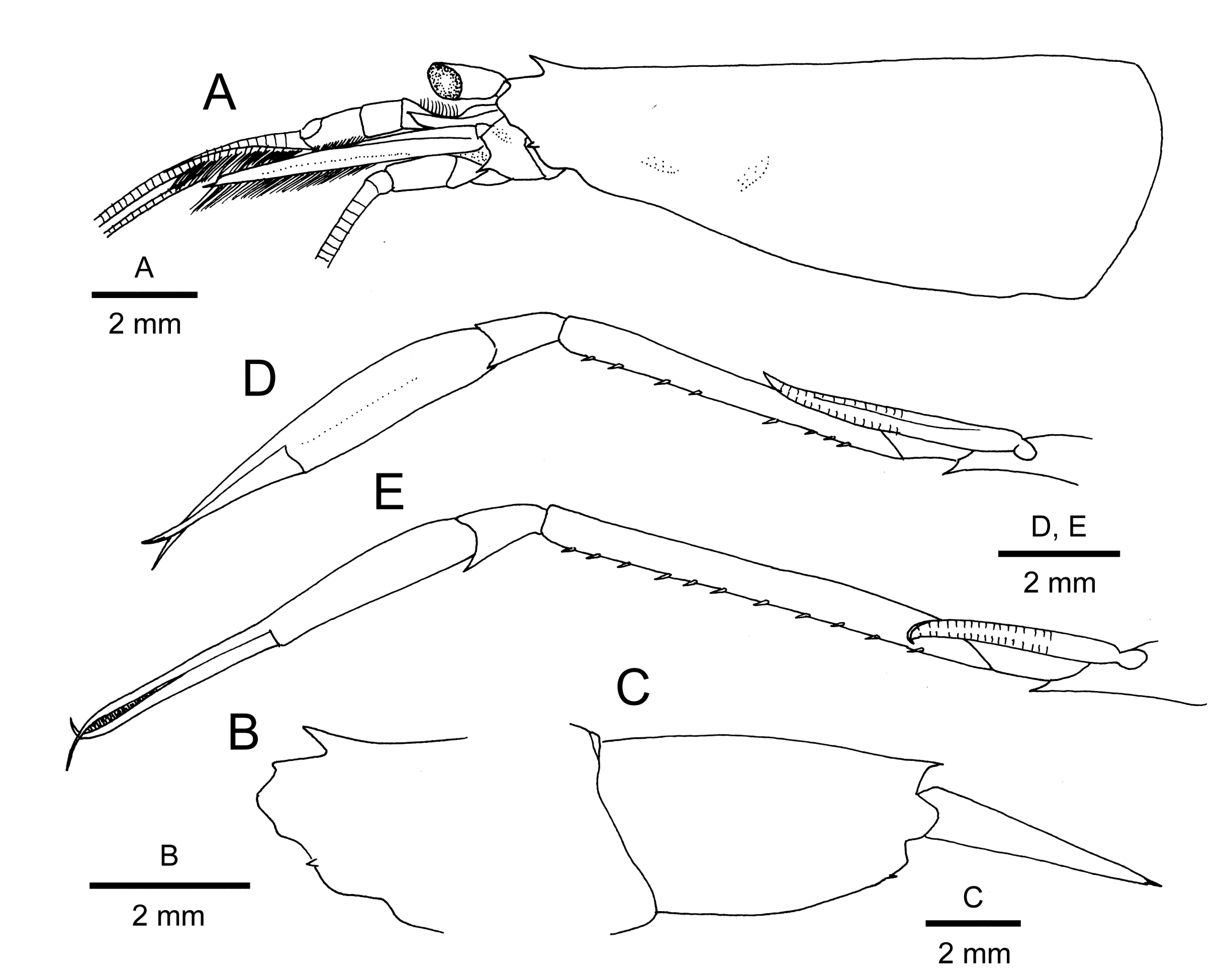