— Carnosaur specimens are rare in the Fruitland and Kirtland Formations. Although generically indeterminate, one specimen worthy of note is NMMNH P-20879 ( Fig. 8 View FIGURE M), a pedal phalanx from the Kirtland Member. NMMNH P- 20879 is comparable with phalanges of Tarbosaurus ( Molnar et al., 1990, fig. 6.12E) and undoubtedly represents the third phalanx of the fourth digit of the right pes.

The record of tyrannosaurids in the San Juan Basin is poor, with only one partial skeleton (of Aublysodon ) known from either the Fruit ­ land or Kirtland Formations ( Lehman and Carpenter, 1990). It is not even clear if this taxon is a tyrannosaur ( Molnar et al., 1990). The only questionable record of Tyrannosaurus is based on an isolated tooth from the Naashoibito Member of the Kinland Formation ( Lucas et al., 1987). Tyrannosaurid taxonomy is in a state of flux, as is obvious if the recent classifications of Paul (1988), Molnar et al. (1990) and Carpenter (1990) are compared. Until the family is revised and the osteology of some important taxa (e.g.. Tyrannosaurus ) are described, it is difficult to identify fragmentary specimens. 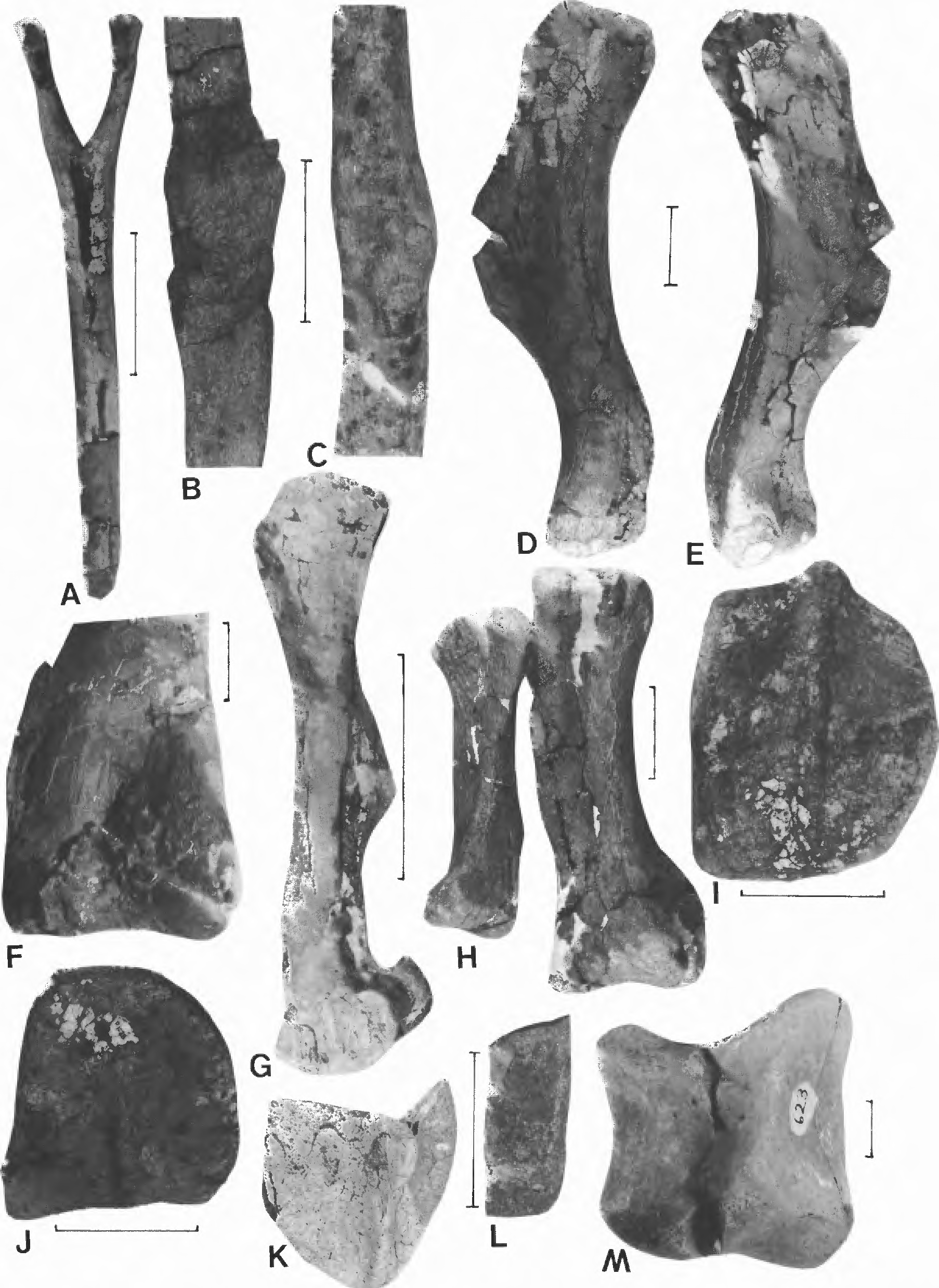