Remarks. The intraspecific variability of A. micheli  is obvious in the colour pattern. The colour of the head varies from the described pattern to entirely yellow. On the other hand the black colouration can be more extensive so that only the ventral surface of hind tibia is yellow at base, the pronotum and the tegulae are black spotted and the mesopleron is nearly entirely black. Furthermore, some specimens were found with large black spots on terga 1–8 or the black spots are smaller and reduced to terga 5–7. Arge micheli  is among the largest (almost 15.0 mm) and most conspicuous argids of the Afrotropical Region. Revisions of this group of bicoloured species ( A. flavifrons  , A. flavifrons  var. transvaalensis  , A. bequaerti Enslin, 1913  , A. schulthessi Konow, 1899  and A. sjoestedti Konow 1907 d  ) were given by Enslin (1913 a) and (Complexe micheli  ) Pasteels (1953). The lectotypes of Arge flavifrons  and A. transvaalensis  were examined, and it was not possible to find sufficient differences distinguishing them from A. micheli  ; thus, they are synonymized. 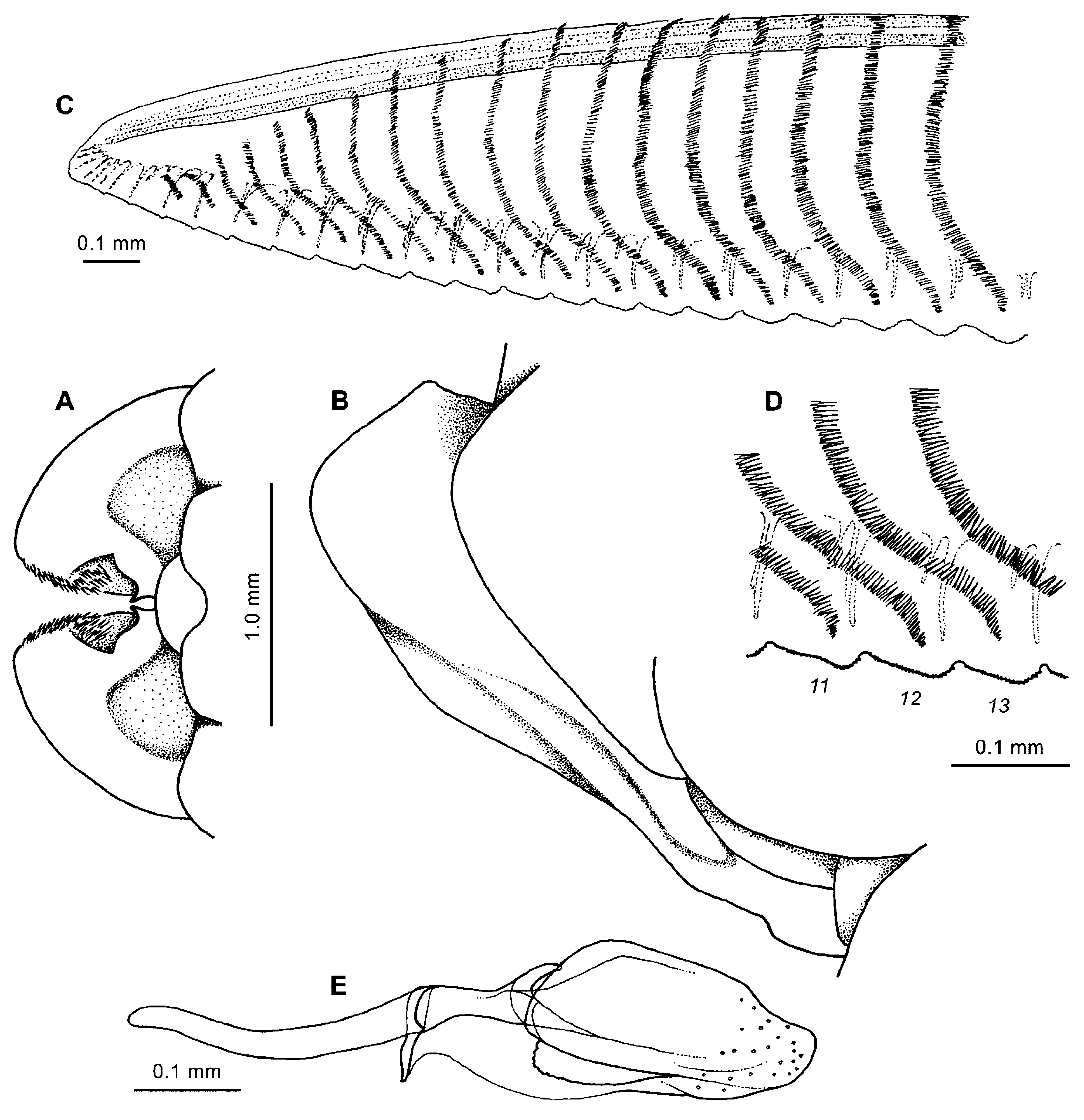