Tian and Deuve (2001) designated a lectotype for this species. Their lectotype ( Fig. 60 View Figures 55–60 ) was collected in Ceylon in 1892, namely 19 years after the original publication. Obviously it was not examined by Bates when the species was described in 1873. In the original literature, Bates mentioned only one locality, Hong Kong, but did not indicate the number of specimens. The lectotype from Ceylon designated by Tian and Deuve (2001) does not belong to the type series, and their designation of lectotype is invalid. There is a single female in MNHN from Bates’ collection, bearing his determination label, and a label “Hongkong”. It was mentioned by Tian and Deuve (2001) as a paralectotype, but it is the true type and seems to be the unique syntype. We therefore herein designate this specimen as lectotype ( Fig. 59 View Figures 55–60 ) for taxonomic purpose of fixing the name to unique name-bearing type.

( Map 7 View Map 7 ). This species is only known from the type locality: Hong Kong.

The male specimen from Ceylon which was incorrectly designated by Tian & Deuve as lectotype is not identical with the true lectotype from Hong Kong. Compared with the lectotype, the specimen from Ceylon ( Fig. 60 View Figures 55–60 ) differs in having: (1) vertex more tumid; (2) pronotal disc with distinct elongate depression on each side; (3) pronotum wider, lateral margins strongly rounded in middle; (4) striae shallower; (5) head and pronotum with color distinctly paler than elytra. These characters suggest this specimen may be closer to Dasiosoma bellum than Dasiosoma hirsutum , but with color different from and body stouter than in Dasiosoma bellum . This specimen may represent an undescribed species but it is necessary to find more specimens from Sri Lanka or Hong Kong to compare their male or female genital characters and confirm its status. The data for this specimen are as follows: male (MNHN), " Ceylan / Kandy 1892 / F. Simon "; "Museum Paris / Ex Coll. M. Maindron / Coll. G. Babault 1930"; " Lachnoder / hirsutum / Bates " [probably handwritten by Maindron]; " Lectotype "[red label]; " not type series! / Lectotype designation / invalid / Det. SHI H. L., 2011"[Fig. 60]. 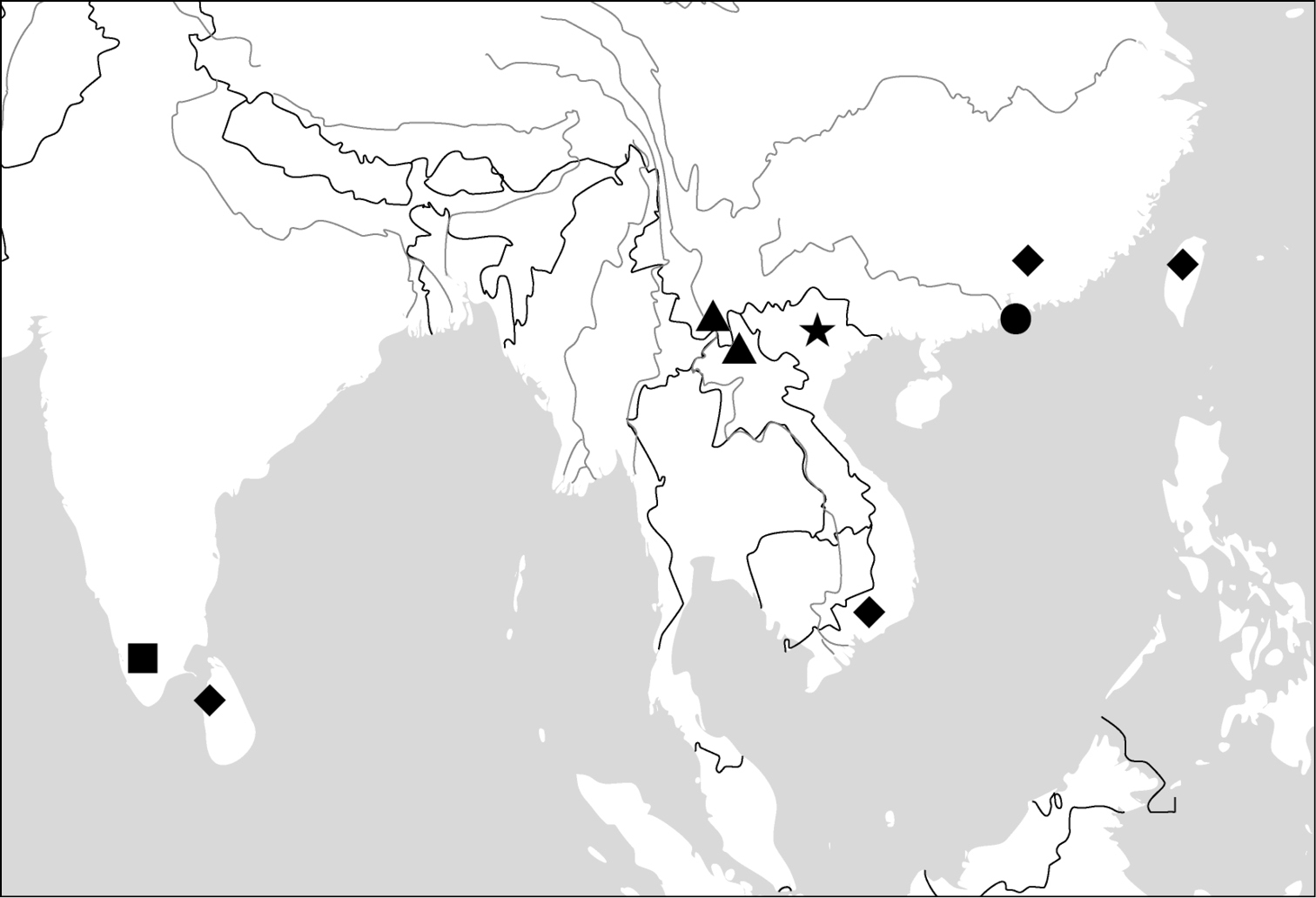 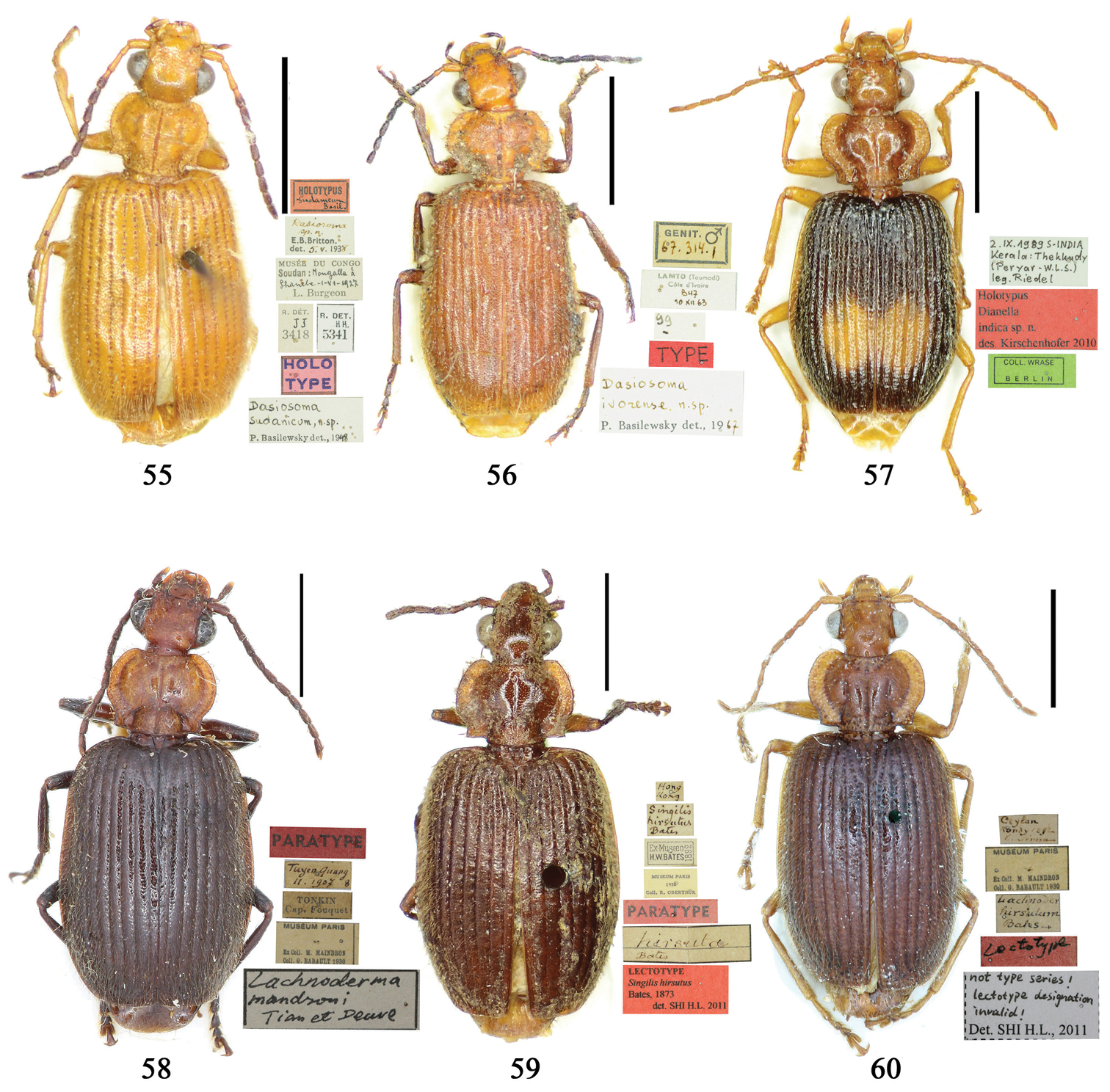 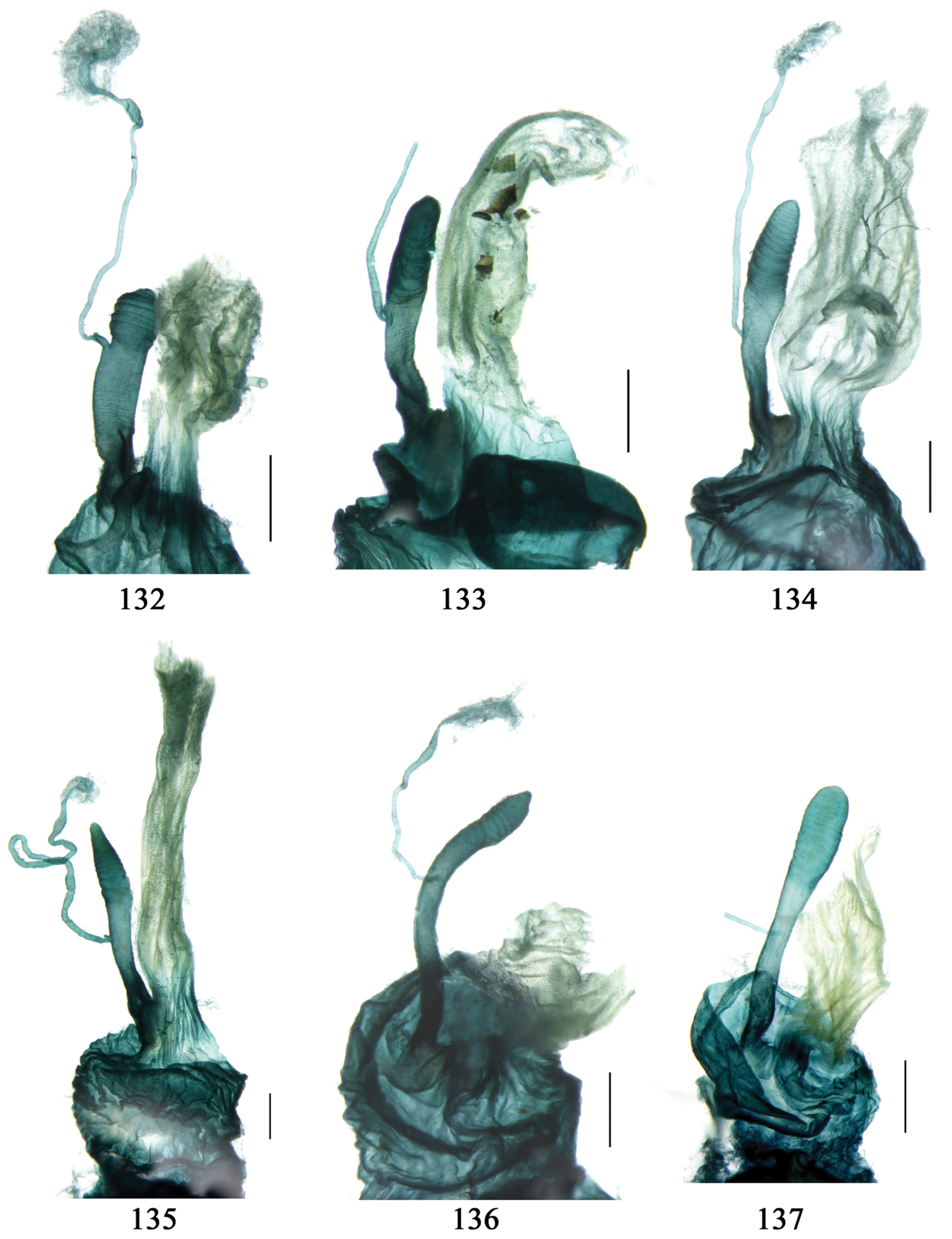