Diagnosis. Garra robertsi  is distinguished from its only other Bornean congener, G. borneensis  ( Fig. 2View FIGURE 2), by the following characters: five (versus four) transverse scale rows above lateral line, first dorsal-fin ray extending beyond the posterior-most extent of any other part of the dorsal fin when depressed (versus not extending posteriorly beyond last ray when depressed), deeply embedded scales (versus exposed scales) on the breast, absence (versus presence) of a stark, contrasting black stripe on lower caudal-fin rays, two nearly continuous patches (versus 3 discrete patches) of tubercles on snout, absence (versus presence) of a lateral stripe, presence (versus absence) of broad suborbital bar, a thickened anteromedial fold on the lower lip, and fewer papillae extending onto the callous pad from the posterior flap of the lower lip.

Description. Morphometric and meristic data are provided in Tables 1 and 2, respectively. The general physical appearance and morphology of the species is presented in Figure 1View FIGURE 1. Body elongate; subcylindrical to triangular in cross-section anteriorly, becoming laterally compressed posteriorly, with the caudal peduncle width less than one half its depth. Snout sloping downward from nares to anterior-most point; small to large tubercles, depending on breeding condition and sex, on rostral and lateral lobes of snout. Shallow transverse groove present and proboscis absent; slight hump may be present immediately anterior to nares, hump becoming more prominent in larger individuals. Dorsal profile rises steadily to dorsal-fin origin; slightly convex. Dorsal profile from dorsalfin origin to caudal base sloping downward, without curvature, to a level equal with dorsal edge of orbit. Entire ventral surface flat except for a slight convex rise at caudal peduncle.

Tubercles erect; appearing to be present on both males and females, but are considerably more conspicuous in breeding males, occurring in two main patches with little delimitation between them. Rostral lobe with two parallel, horizontal rows of small tubercles; no more than 8 tubercles per row. Tubercles on lateral lobe in circular pattern and occurring immediately posterior and lateral to rostral lobe with only a small depression dividing the tuberculate areas. In the most tuberculate males, some individuals may have one or two small tubercles immediately posterior to nares.

Etymology. This species epithet “ robertsi  ” is in honor of Dr. Tyson Roberts, a prominent ichthyologist with a long-running focus on Bornean and Southeast Asian fishes.

Distribution. Garra robertsi  is currently known to occur only in the Sungai Bongan and Tempassuk rivers in northern Sabah, Malaysia. Due to its occurrence in separate drainages, it is likely present in other rivers in the northern Borneo. 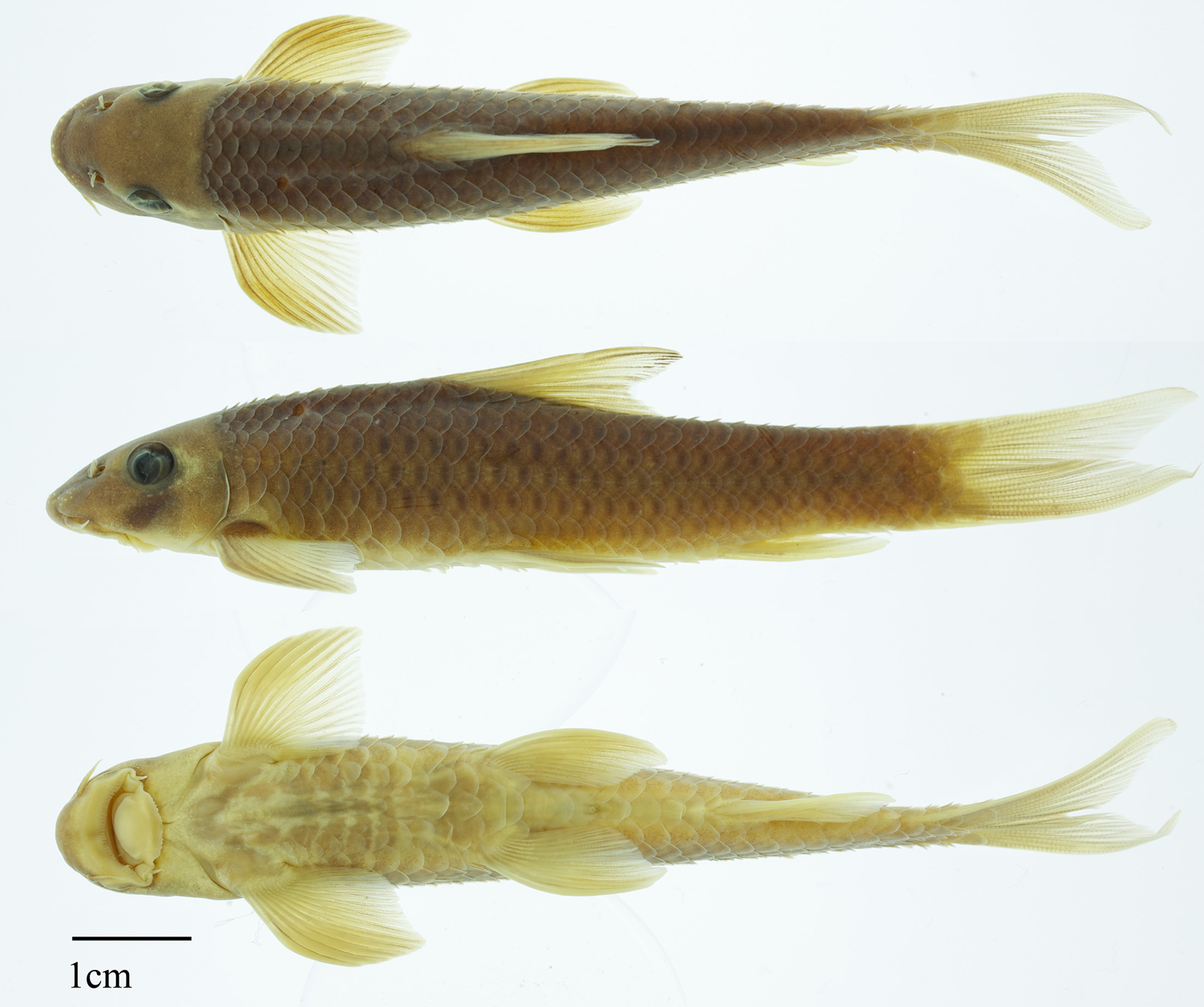