Moghaddam, Masumeh, 2013, A review of the mealybugs (Hemiptera: Coccoidea: Pseudococcidae, Putoidae and Rhizoecidae) of Iran, with descriptions of four new species and three new records for the Iranian fauna, Zootaxa 3632 (1), pp. 1-107: 81

COMMENTS. S. sacchari  is a common pest of sugarcane (Ben-Dov et al. 2012) and lives on the stems and under the leaf sheaths. There is no evidence of damage in Iran.

The accompanying illustration is taken from Williams (1970) with kind permission from the author. 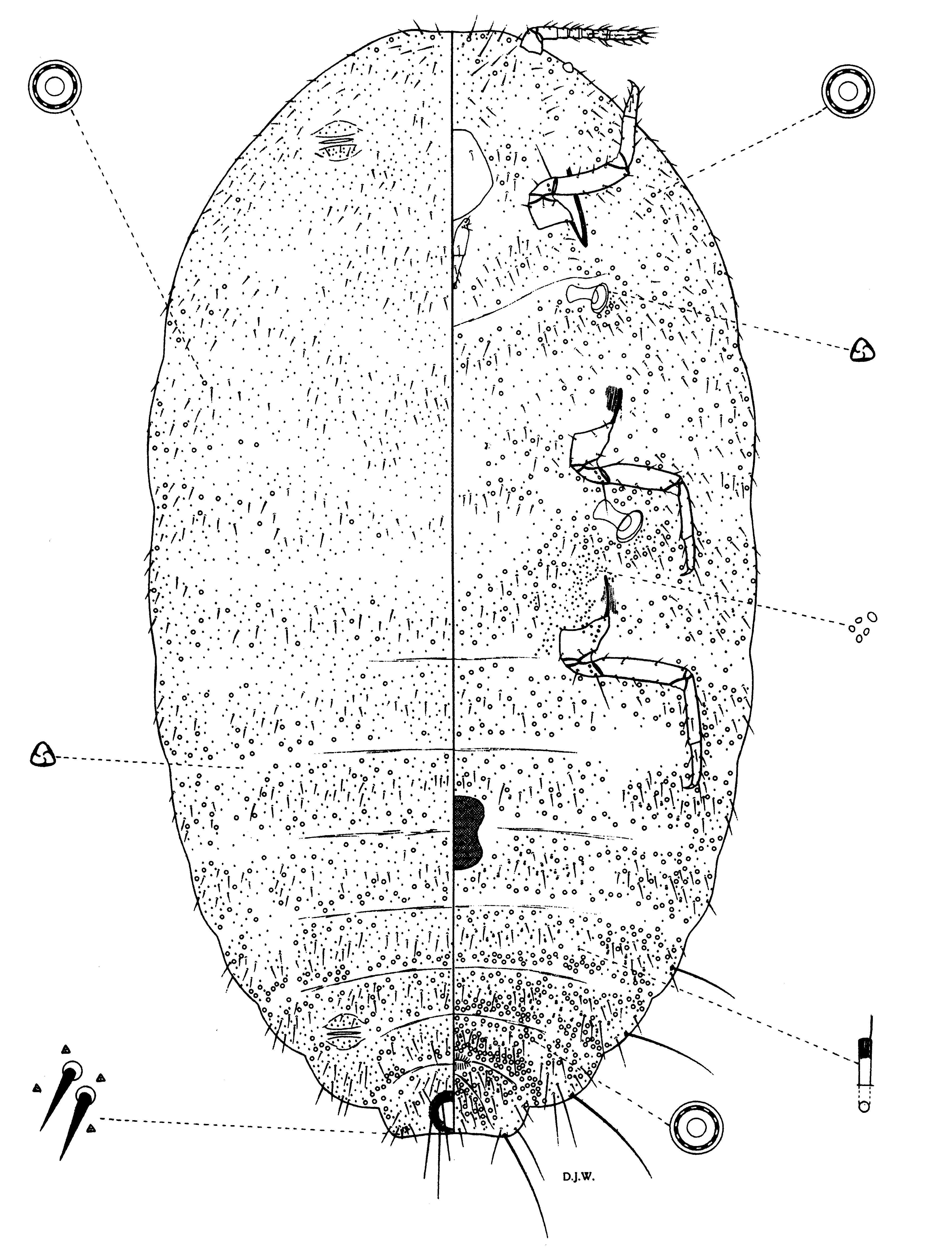