Moghaddam, Masumeh, 2013, A review of the mealybugs (Hemiptera: Coccoidea: Pseudococcidae, Putoidae and Rhizoecidae) of Iran, with descriptions of four new species and three new records for the Iranian fauna, Zootaxa 3632 (1), pp. 1-107: 60

COMMENTS. The Solanum  mealybug has been reported in greenhouses on the roots of the ornamental plants in Iran, but no economic damage has been recorded. A survey on the endophytic fungus, Neotyphodium  spp., in Isfahan showed that this fungus is an effective biological control agent against some root-feeding pests, including P. solani (Hatami et al. 2006)  .

The accompanying illustration is taken from Williams (2004) with kind permission from the author and the Keeper of Entomology, The Natural History Museum, London. 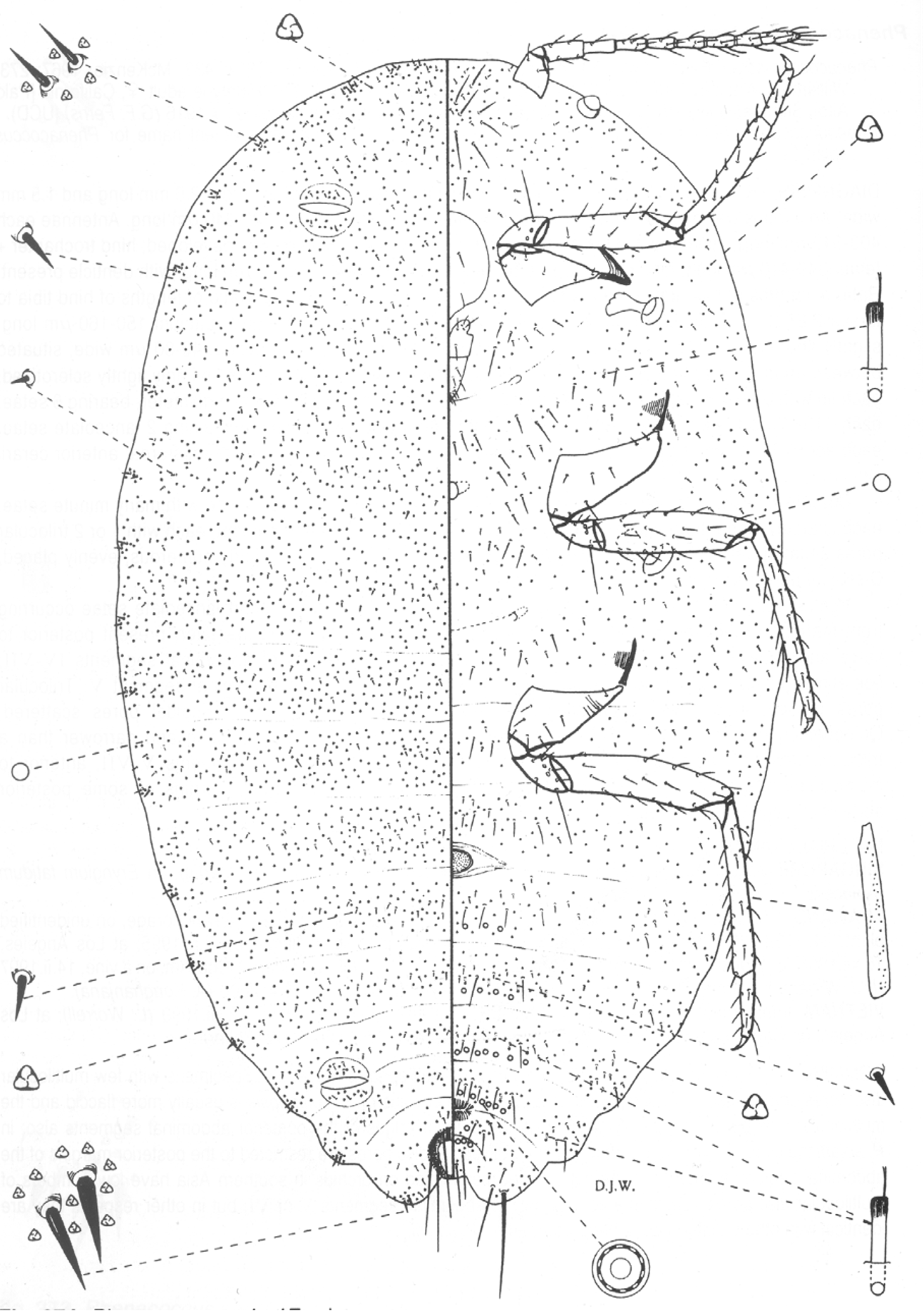