Moghaddam, Masumeh, 2013, A review of the mealybugs (Hemiptera: Coccoidea: Pseudococcidae, Putoidae and Rhizoecidae) of Iran, with descriptions of four new species and three new records for the Iranian fauna, Zootaxa 3632 (1), pp. 1-107: 10-12

COMMENTS. Any material of A. crawi  has been available for critical study. Kozár et al. (1996) listed it in the checklist of Iranian coccids. This species differs from A. graminis  in possessing multilocular disc pores around the entire margin and in lacking the small invaginated pocket behind each posterior spiracle. The accompanying illustration and diagnosis first appeared in Williams & Miller (2002) and are used here with permission from the editor Proceedings of the Entomological Society of Washington. 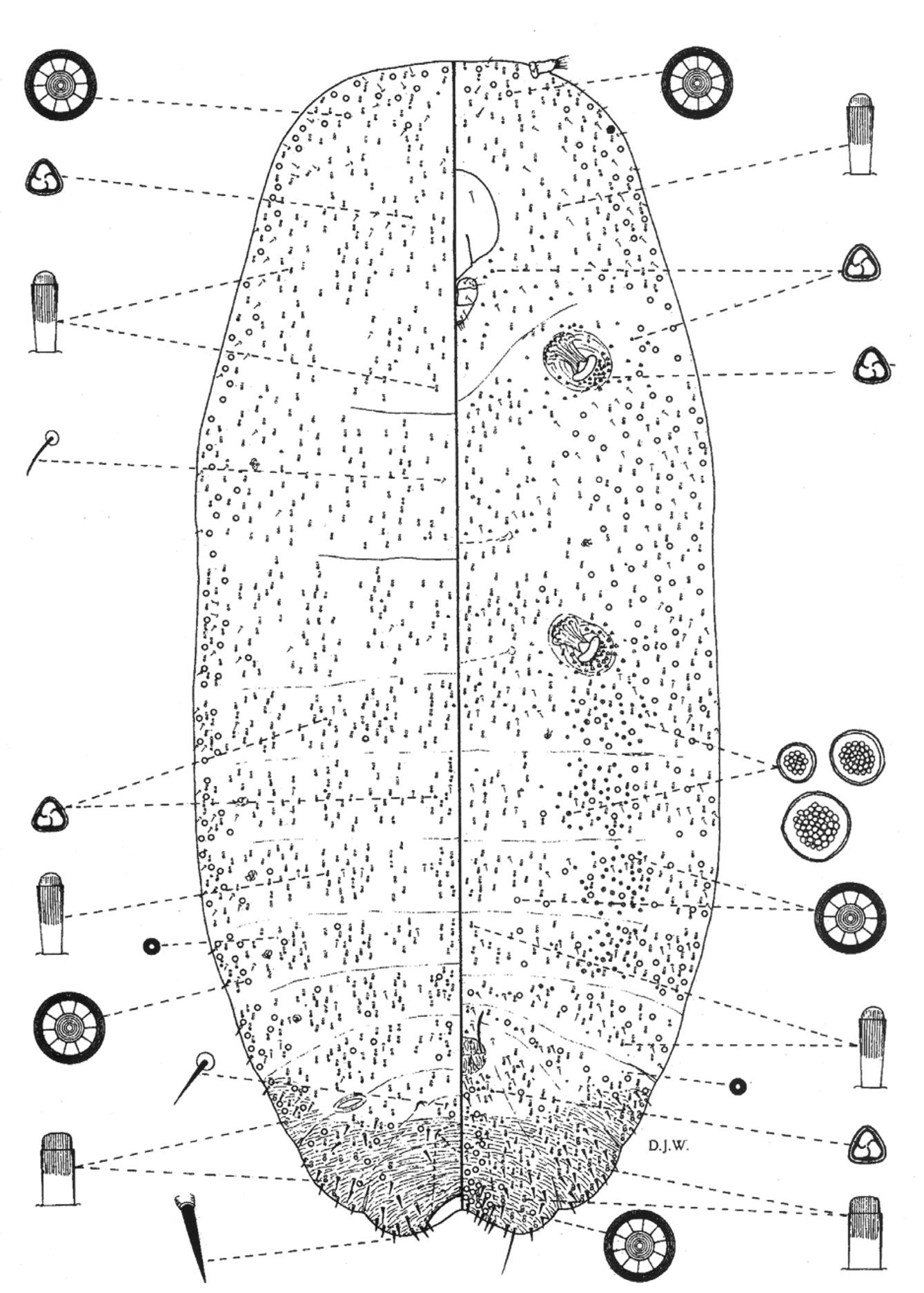