Moghaddam, Masumeh, 2013, A review of the mealybugs (Hemiptera: Coccoidea: Pseudococcidae, Putoidae and Rhizoecidae) of Iran, with descriptions of four new species and three new records for the Iranian fauna, Zootaxa 3632 (1), pp. 1-107: 18

MATERIAL EXAMINED. C. viticola  was collected from Vitis vinifera  ( Vitaceae  ) at Beyza in Fars, Iran, in 2001 and 2003 by Fallahzadeh.

The accompanying illustration and diagnosis are taken from Fallahzadeh et al. (2010) with kind permission from M. B. Kaydan. 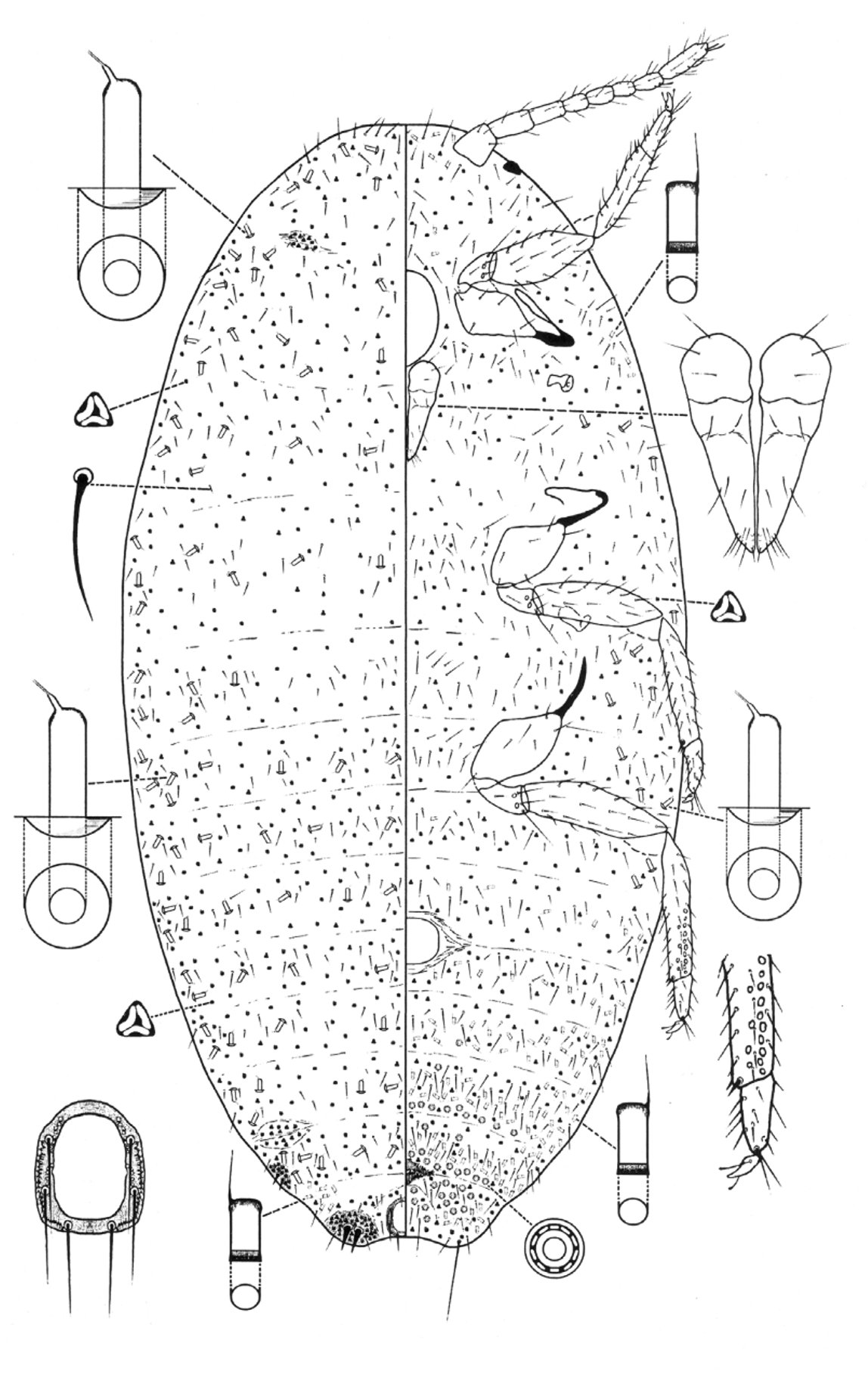