A population of G. paniculoides  was collected during the present study ( Table 2) with morphological and morphometric characters that fit well with the original description ( Vovlas & Esser, 1990).

24 ♀ Cv 6 ♂ 30 ♀ 20 ♂ studying paratypes of both species plus several other populations, concluded that G. paniculoides  should be considered as a junior synonym of G. t a r t u e n s i s. However, our results based on morphological characters (see below) and phylogenetic analysis ( Ghaderi et al. 2014) support the validity of G. paniculoides  as a separate species. This taxon differs from G. tartuensis  by its hemispherical and distinctly off-set head with a deep constriction (vs. conoid-truncate, usually narrower than the adjacent body and continuous or slightly off-set by a shallow groove); weakly developed cephalic framework (vs. more developed framework showing longer outer extensions); relatively shorter stylet (18.0– 21.8 vs. 20.6–24.1 µm); and less distinct refractive inner cuticle layer at tail terminus (vs. more distinct and thicker). 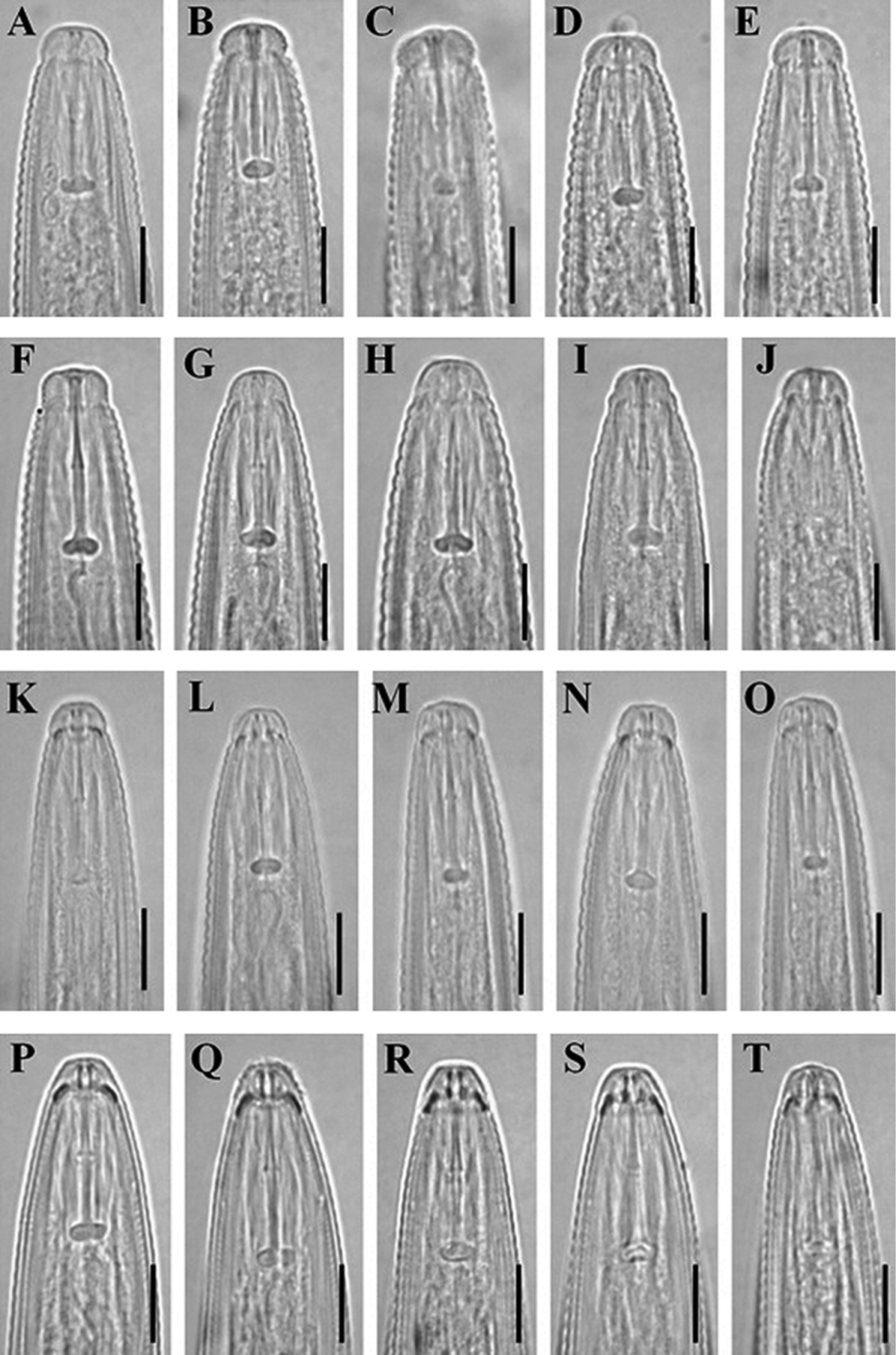