Remarks. Giebel (1866) compared this species with “Drosselschmaling”, meaning a slender louse on a thrush ( Turdus  ). The only Nirmus  from Turdus  spp. he discussed were Nirmus  (= Brueelia  ) intermedia  and Nirmus  (= Guimaraesiella) marginata  , and he could be referring to either of these species, most likely Gu. marginata  . Giebel (1866) separated Brueelia marginellus  from the slender thrush louse by its more triangular head pointed anteriorly, larger and redder preantennal nodi, and the lack of a median point of the posterior margin of the pterothorax.

Giebel (1866) did not provide any illustrations of Nirmus marginellus  . Carriker (1954: figs 18–19) provided the first illustration of this species, which differs from material available to us in several respects, especially in the abdominal chaetotaxy and plates. The male genitalia in Carriker’s (1954) illustration are only barely recognizable as those of Mt. marginellus  .

Oniki & Emerson (1982: 264) considered Motmotnirmus xilitla  to be synonymous with Mt. marginellus  , as they could find no significant differences between them that could not “be [attributed] to age or maturity of the specimens or how they were mounted”. A small number of specimens of Mt, xilitla  were available to us, including two paratypes from Momotus coeruliceps coeruliceps  , which are largely indistinguishable from material from M. momota momota  , except for the shape of the preantennal nodi, which narrow considerably as they approach the marginal carina. Given this difference, we tentatively retain Mt. xilitla  as a separate species, until a more thorough study of motmot lice can be made. We recommend that future work on the group considers samples from a wide range of host species, populations, and geographic locations.

Mey & Barker (2014: 96) erected a neotype for Nirmus marginellus  from the subspecies Momotus momota natteri  , which has a very limited geographical distribution and is unlikely to be the same host subspecies as that from which Nitzsch’s original material was collected. Illustrations presented here are of material from the nominate host subspecies from Brazil. Unlike the illustrations of Mey & Barker (2014), but as in illustrations of Valim & Cicchino (2015), vsms1–2 are ventral in all specimens examined. 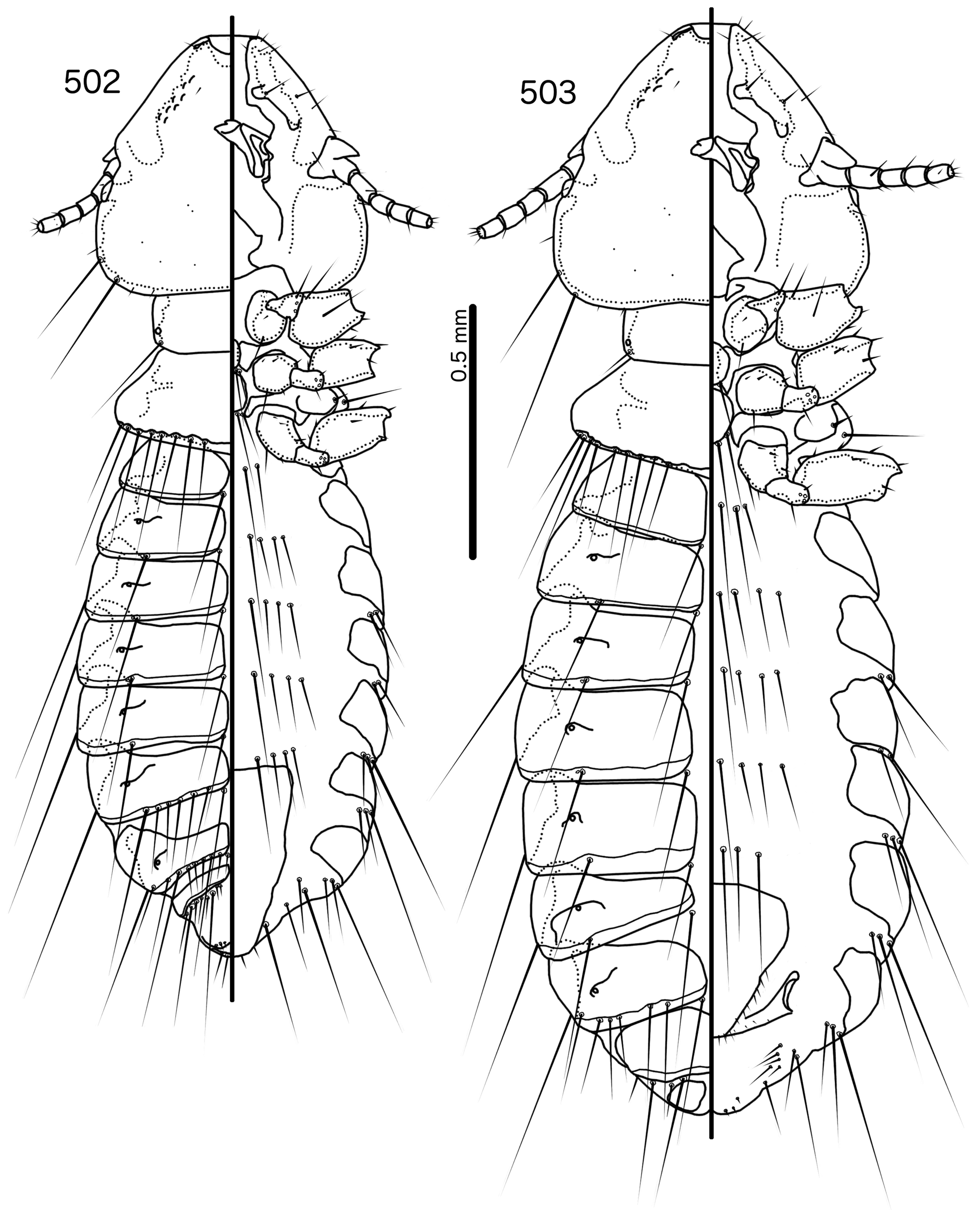 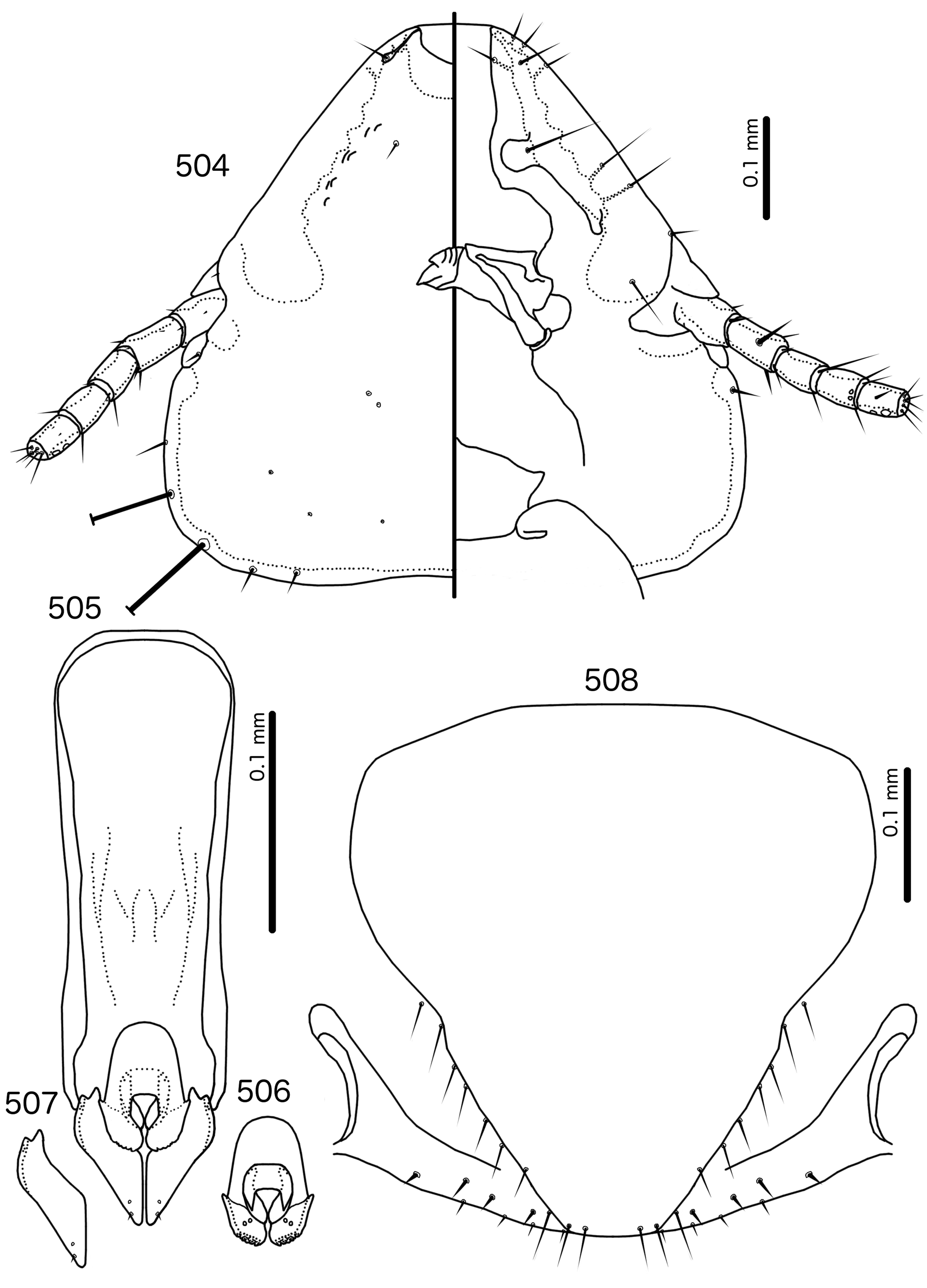